Japan's Shingo Kunieda achieved the "golden slam" in men's wheelchair tennis after winning all four majors and the Paralympic gold medal, completing the feat by winning the Wimbledon final on Sunday. 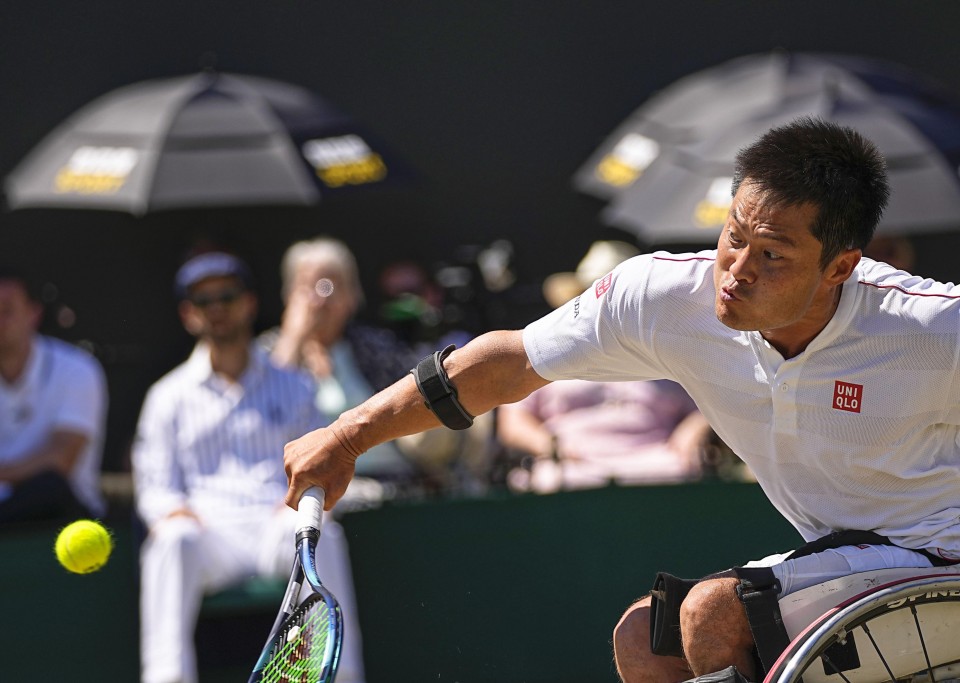 Shingo Kunieda of Japan plays in the men's wheelchair singles final at Wimbledon on July 10, 2022. (Kyodo)

"It was one of the toughest matches of my career," said Kunieda, who clinched the first Wimbledon singles title of his career and 50th Grand Slam title overall, including 22 doubles crowns.

"The key to winning was not giving up. This is the best title ever. When I won I felt a sense of closure. I did think for a moment I can quit anytime and I'll have no regrets. I was that serious about winning this title."

The 38-year-old Japanese also won the men's wheelchair doubles title, teaming up with Gustavo Fernandez of Argentina to defeat Hewett and Gordon Reid of Britain 6-3, 6-1 on Saturday.