Japan defense minister had help from Unification Church in elections

Japanese Defense Minister Nobuo Kishi said Tuesday he had received help in past elections from members of the Unification Church, becoming the latest ruling party lawmaker to disclose connections with the group at the center of controversy over the assassination of former Prime Minister Shinzo Abe.

"I have associated with a few members (of the church) and received their help as volunteers," Kishi, Abe's younger brother, said at a press conference, adding that he believed they had provided support in a phone campaign aimed at voters.

Abe, Japan's longest-serving prime minister, was fatally shot by a lone gunman while giving a campaign speech outside a train station in the western city of Nara on July 8, two days before the House of Councillors election in which the Liberal Democratic Party scored a sweeping victory. 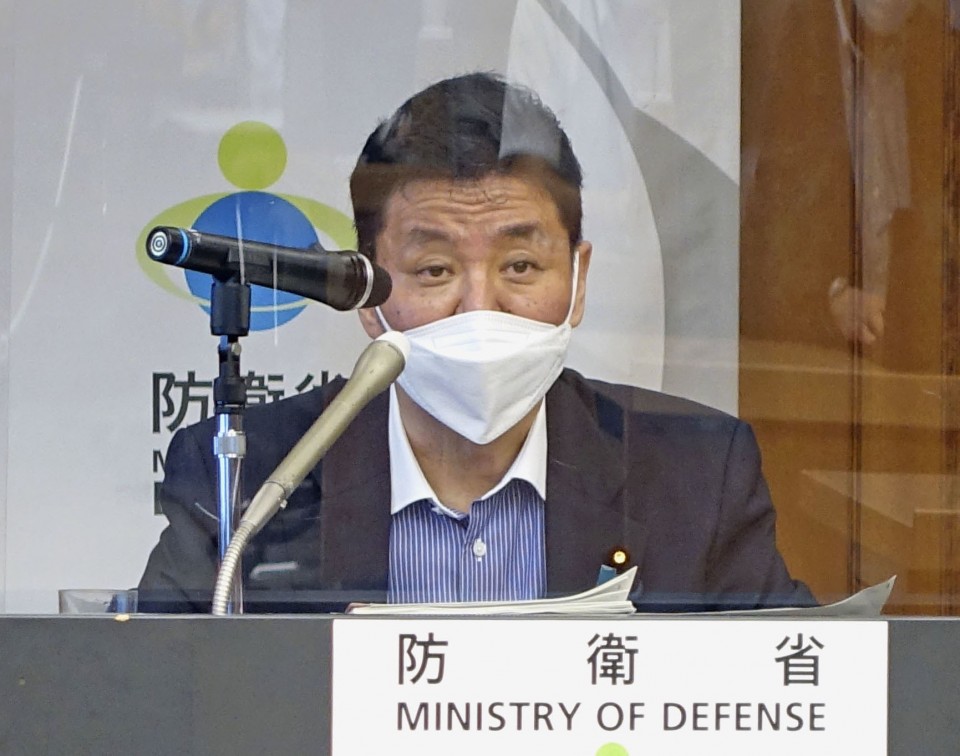 Japanese Defense Minister Nobuo Kishi attends a press conference in Tokyo on July 26, 2022. Kishi said he had received help in past elections from members of the Unification Church, becoming the latest ruling party lawmaker to disclose connections with the group at the center of controversy over the assassination of former Prime Minister Shinzo Abe. (Kyodo) ==Kyodo

Abe's assailant, Tetsuya Yamagami, has told investigators that he held a grudge against the church -- now formally known as the Family Federation for World Peace and Unification -- because large donations his mother had made to it ruined his family, and he thought the former prime minister was linked to the religious group.

Yamagami, who was arrested immediately after the shooting, has told investigators that he had watched a video message Abe sent to an event held in September of an organization associated with the church on the internet.

The 41-year-old has also said he believed Abe's grandfather, former Prime Minister Nobusuke Kishi, had invited the group to Japan from South Korea, according to investigative sources.

Regarding the help he had received from people affiliated with the group, the defense minister stressed that it was important to have a large number of supporters for an election and that "it would be discussed for each election" whether he would agree to their help in the future.

"Since they are only volunteers, I cannot indiscreetly answer what will happen in the next election," Kishi said.

Meanwhile, Toshimitsu Motegi, LDP secretary general, said that the ruling party has already thoroughly confirmed that no organizational relationship exists between it and the Unification Church.

But Motegi did not give a clear answer on whether the LDP would conduct investigations into individual party members, saying he would warn them about being "strict and cautious" in their relationships with organizations, given their position as lawmakers.

Many LDP lawmakers are said to have connections with the church, founded in 1954 in South Korea, with reports that some received donations or addressed meetings of affiliated groups.