Disc golf is attracting players from all walks of life in Japan, with the frisbee-flinging sport proving a hit with people seeking an accessible but challenging outdoor activity during the pandemic.

The no-frills sport became an escape for many Japanese looking to get out in the fresh air and enjoy some of the fun aspects of conventional golf without the stuffy, rules-focused atmosphere of many courses and clubs.

"You get healthy, you make friends, and it's a fun, lifelong sport," said Shozo Mori, vice chairman of the Fukuoka Disc Golf Association.

While the sport is relatively unknown to the general public, the Professional Disc Golf Association estimates that 8 to 12 million Americans have played at some point in their lives, and roughly 500,000 are regular players. 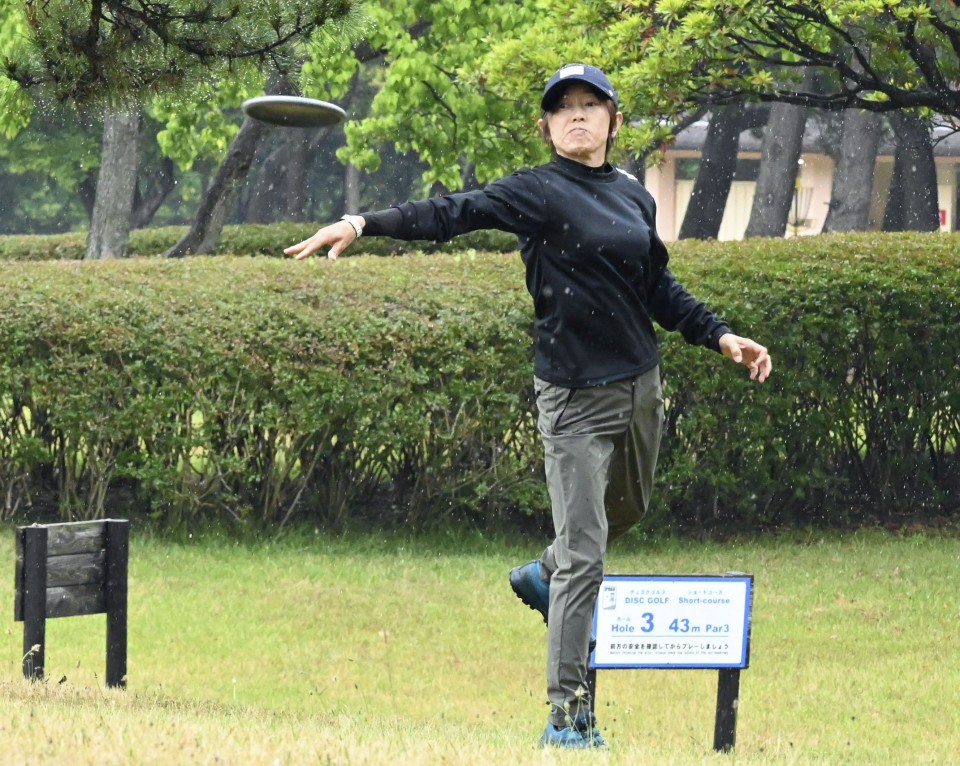 Compared to traditional golf, the disc version of the game has a fairly easy learning curve. It can be played by people of all ages and abilities, and has a low entry cost thanks to cheap equipment and many free-to-play courses.

Sometimes called frisbee golf or frolf, the sport has much the same format as its namesake. Players throw a variety of plastic discs around a course and ultimately into a target comprised of a basket with chains attached to the top of a pole.

Courses are often heavily wooded, some even effectively running through forests, meaning players must use a range of throwing techniques to get around, over, under and through obstacles.

Disc golf shares many of the rewards offered by golf but is a more relaxed endeavor, as well as being more physically taxing, with golf carts not an option.

The PDGA partners with national disc golf and disc sports associations in close to 50 affiliated countries, where courses are popping up all over the place. It is very popular in the United States, Canada and in Scandinavia in Northern Europe.

Players attempt to complete the course in as few shots as possible using different discs -- drivers, mid-ranges and putters -- which fly various distances and with differing characteristics.

In early June, nine disc golfers gathered at a park in Fukuoka, one of the main tourist cities in southwestern Japan, to play. 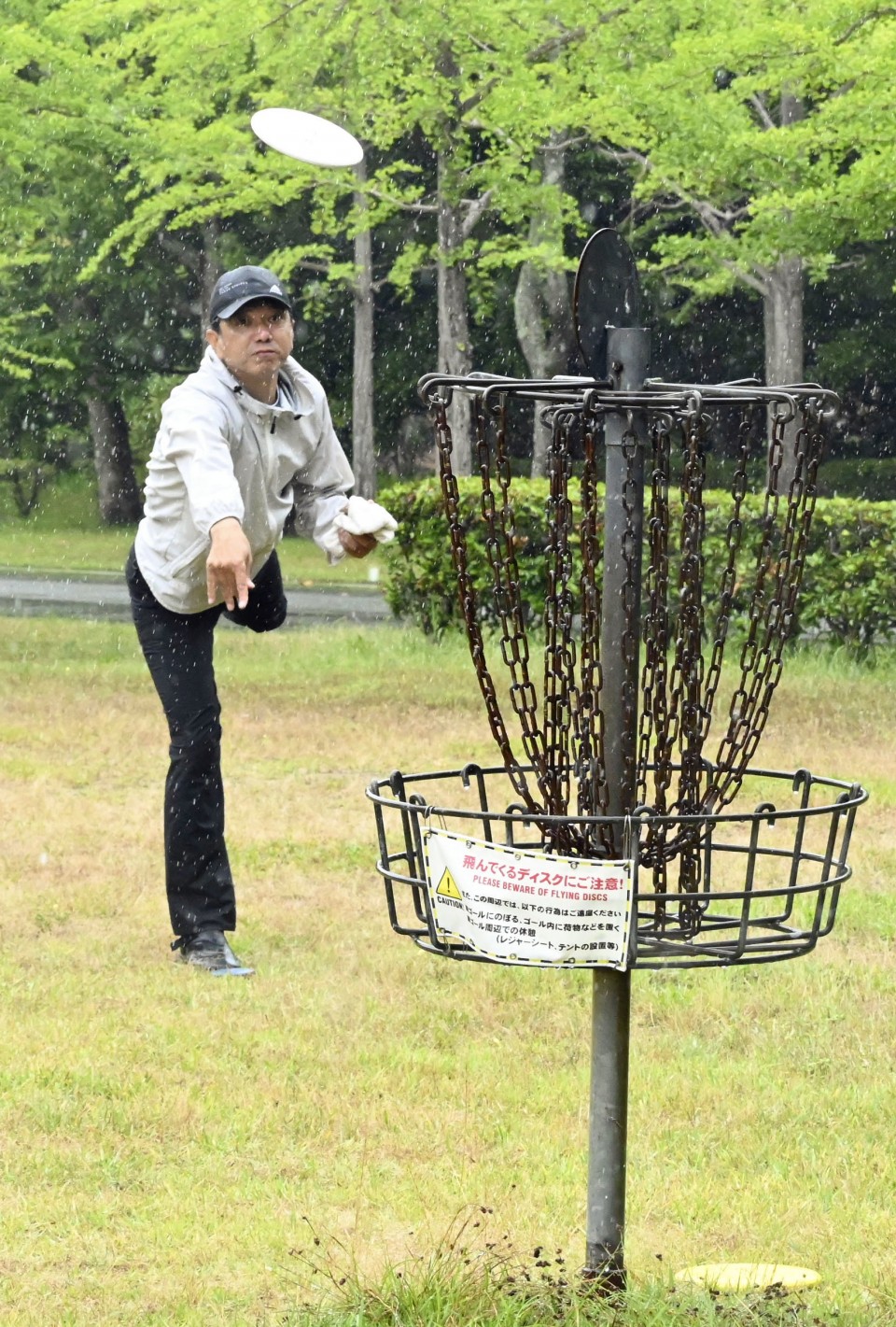 "It feels good to throw," said 43-year-old office worker Seiji Koga, one of the participants.

Also among the group was Rika Takaki, a 46-year-old care worker who is a three-time national champion.

"One wrong swing of the arm will mess up your throw, which is what makes it fun," she said.

The Japan Disc Golf Association recognizes more than 50 courses around the country, with holes ranging from 20 to 100 meters long.

The bimonthly event organized and run by the Fukuoka Disc Golf Association is a massive hit among families looking for a new form of entertainment. It gets them out, gives them a little exercise, and works well with social distancing restrictions.

In the United States and Europe, there are full-time touring disc golfers, some with million-dollar endorsement contracts.

For local players, such heights are not realistic yet, but Mori hopes more people give the sport a spin, especially young players.