The approval rating of Japanese Prime Minister Fumio Kishida's Cabinet has risen to 63.2 percent, its highest level since he took office in October 2021, a Kyodo News survey showed Tuesday, following his Liberal Democratic Party's sweeping victory in the House of Councillors election.

The rating in the two-day nationwide telephone survey starting Monday was up 6.3 percentage points from the previous poll in June. 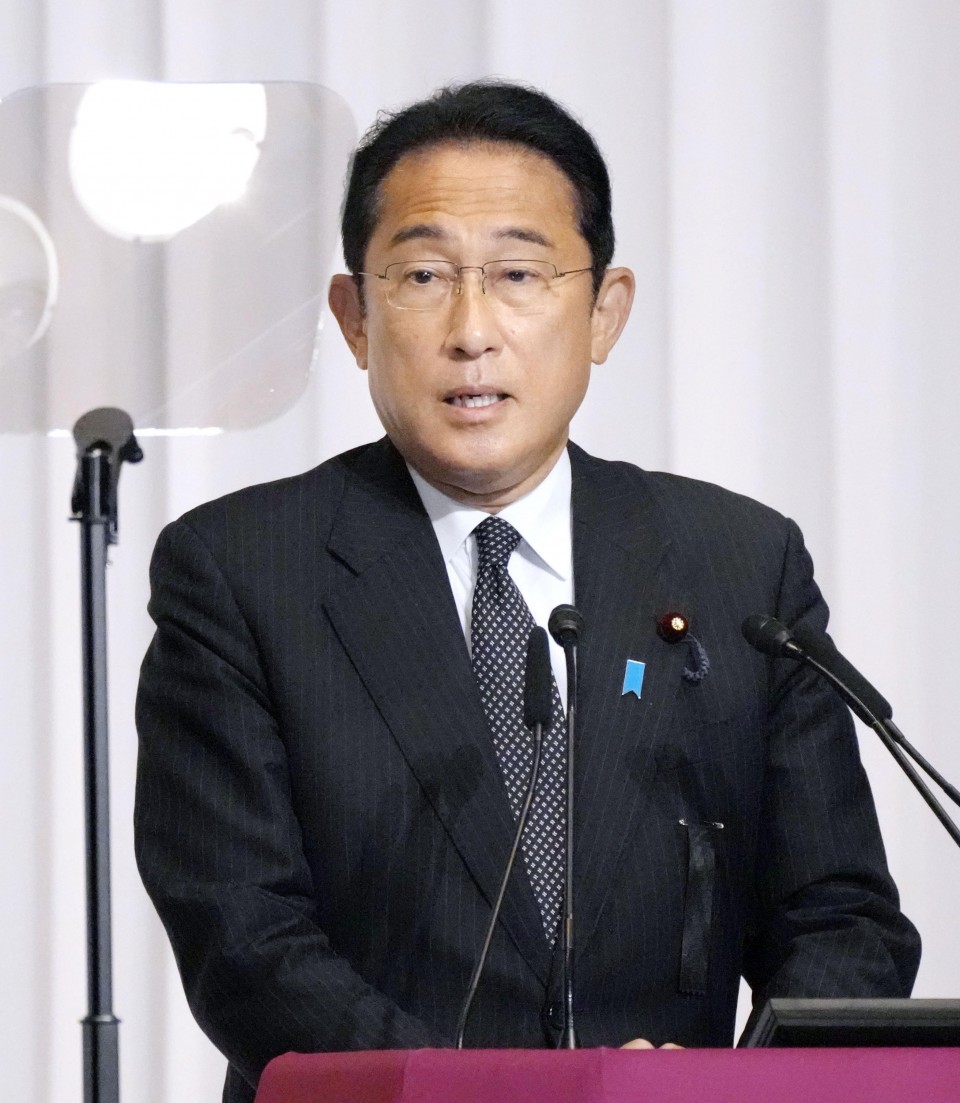 Japanese Prime Minister Fumio Kishida, who heads the Liberal Democratic Party, attends a press conference at its headquarters in Tokyo on July 11, 2022, a day after the ruling party scored a sweeping victory in the House of Councillors election. (Kyodo) ==Kyodo

While the LDP and other pro-constitutional revision forces together retained the two-thirds majority in the chamber needed to propose constitutional amendments, 58.4 percent of respondents said there is no need to hurry to revise the 1947 supreme law, against 37.5 percent who said the government should hurry.

A swift revision to the Constitution was among the LDP's upper house vote policy pledges. But, the poll found it was not a primary concern for many respondents, with just 5.6 percent of voters saying it was the most important issue in the recent election.

Kishida said in a press conference Monday that he will seek to "push forward efforts that would lead to the proposal (of a revision) as soon as possible" in line with the party's goals for amending the U.S.-drafted Constitution, including making explicit reference to the Self-Defense Forces.

Although the election was held just two days after former Prime Minister Shinzo Abe was shot dead during a stump speech in Nara, 62.5 percent said their votes were not swayed by the incident, while 15.1 percent said they were.

Abe's funeral was held Tuesday in Tokyo and people gathered along streets to bid farewell to Japan's longest serving prime minister. He has been honored by the government with the nation's highest decoration.

The survey, held as the country faces a resurgence of the novel coronavirus in recent weeks, showed 52.4 percent of the respondents thought economic activities should be prioritized over preventing infections, including those who "somewhat" thought so.

At 42.6 percent, the issue cited as the most important in the election was economic policy and measures for countering rising prices. The second most important, at 12.3 percent, was pension, medical care and nursing care, while 10.4 percent of respondents called for measures for childrearing and tackling the low birthrate.

On the back of the ongoing Russian war in Ukraine and a weak yen, commodity and energy prices in Japan have been on the rise, taking a toll on people already hit by the COVID-19 pandemic amid the stagnant economy.