The Philippines has taken the rare step of asking retailers and consumers in Japan, its biggest export market, to bear the brunt of higher prices for its bananas to sustain its industry for the popular fruit.

The prices of Philippine bananas in Japan must be "fair" and reflect increasing production and logistics costs if the public wants to continue enjoying the same level of supply and quality, an agricultural attache at the Philippine Embassy in Tokyo said in a recent interview with Kyodo News.

The embassy's unusual request for a price hike was made to the Japan Retailers Association, which includes supermarkets among its members, in early June. The move comes at a time when the public is already feeling the squeeze of inflation, the impact on import prices due to a weak yen and long-stagnant wages. 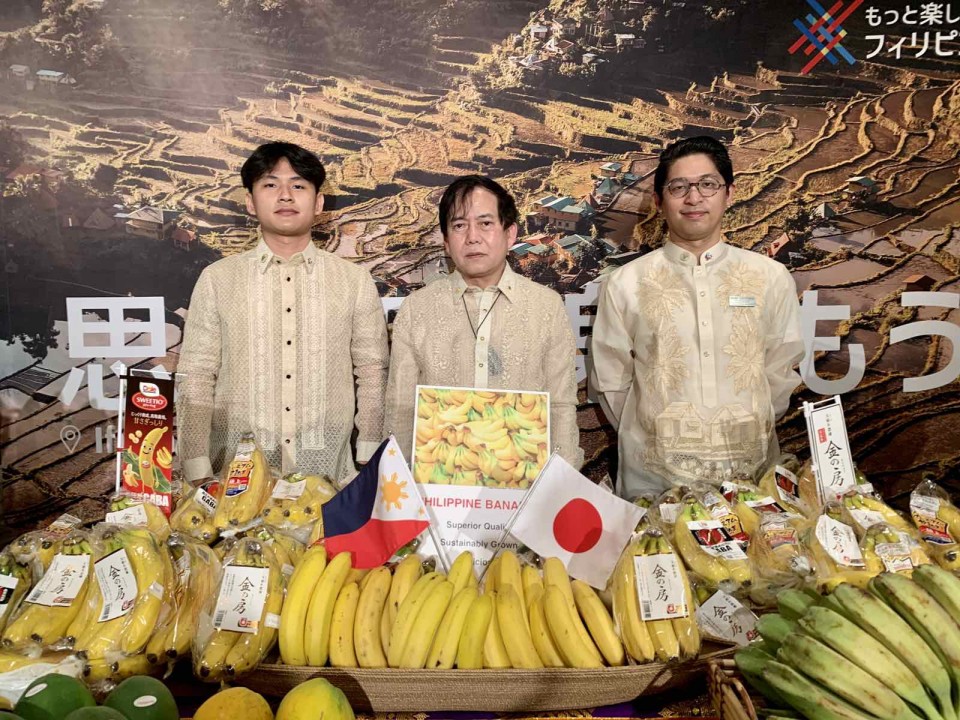 Retailers have been traditionally reluctant to raise prices too much for fear of upsetting consumers used to stable ones, but have been forced to do so for a range of products.

Yet since 2015, banana prices in Japan have remained flat at around 260 yen ($1.9). The Philippine government wants Japan to understand that a hike is urgent to offset rising costs, partly due to the coronavirus pandemic and Russia's war on Ukraine, as farmers in the Philippines are hardly reaping profits.

"You come to a situation where you just have to get a fair price of the bananas on the market which means that at current levels it will be no longer tenable to getting the supply chain going in Japan," said Jose Laquian, the agricultural attache.

The Philippines is the biggest supplier of bananas to Japan, dominating 76 percent of the banana imports and shipping around 844 million tons in 2021. Trade data cited by the embassy showed that Ecuador accounted for 11 percent, followed by Mexico at 6.6 percent.

Japanese government data has shown that the average annual household consumption of the healthy and affordable fruit is around 19 kilograms and it takes up around a quarter of all fruit consumption.

Laquian expressed hope that the private sector in Japan will come to a "mutually acceptable price," demurring to say what it should be but insisting it would not be "absurd."

He said that Philippine farmers have been absorbing the rising costs, with factors such as pre-COVID supply chains disrupted and increased investment in workers' health amid the pandemic.

"The system of supplying the Japanese market has been perfected in such a way that you get quality bananas in less than a week," Laquian said of his nation's banana industry, which started making great inroads into Japan from the 1970s.

He called for equitable burden sharing among stakeholders and a fair return for the banana industry, which he says has 2.2 million dependents.

"Sustainability means that everyone benefits. It's a win-win situation for everybody for a small price to pay," he said, adding that the Philippines may have to consider selling its bananas to other countries if the price hike request is not met.

He remained unperturbed by the prospect that potentially costlier bananas from the Philippines may help bananas from Latin American countries, such as Ecuador, eat into his country's share of the Japanese market.

"Let them come. It's a competition," Laquian said, adding that the close distance between the two countries ensures that bananas from the Philippines are fresh.