Hong Kong welcomed the opening of the Palace Museum on Sunday, just days after the 25th anniversary of the city's handover from Britain to China, in a continued effort to position itself as an international arts and culture hub amid mounting concern over censorship.

More than 900 artifacts from the Palace Museum in Beijing will be displayed in the 13,000-square-metre space, which spans seven floors and houses nine themed galleries. 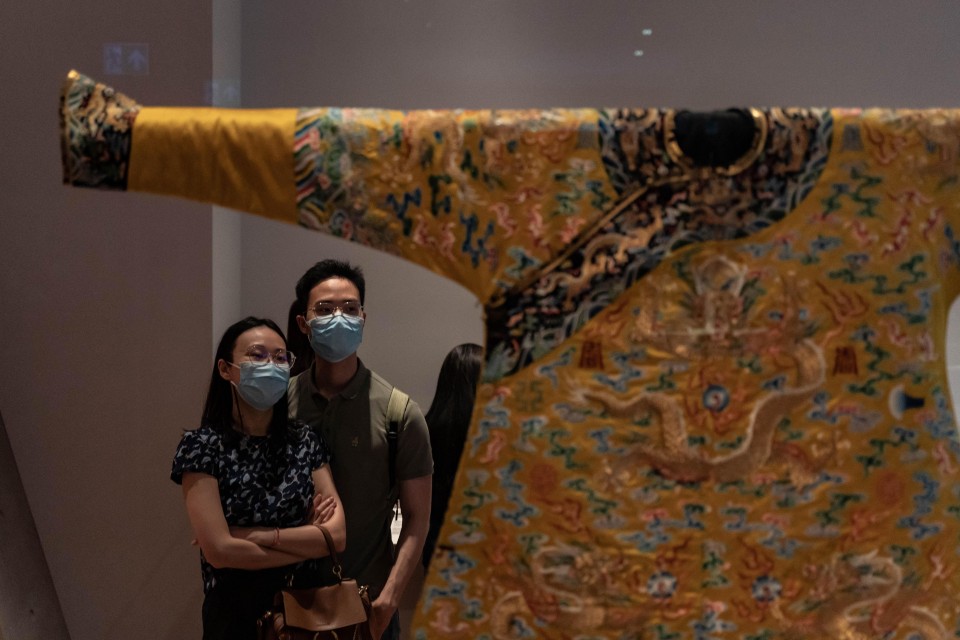 Visitors look at a robe on display at the Hong Kong Palace Museum during its public opening on July 3, 2022 in Hong Kong. (Getty/Kyodo)

Many of the items on loan, including 166 "grade one" national treasures, are being exhibited for the first time in the city, alongside over 100 works on loan from local museums and cultural institutions, with the aim of showcasing imperial life and promoting Chinese culture.

The museum is also displaying 13 pieces of art from the Louvre Museum in France in an effort to highlight China's cultural exchanges with other parts of the world. 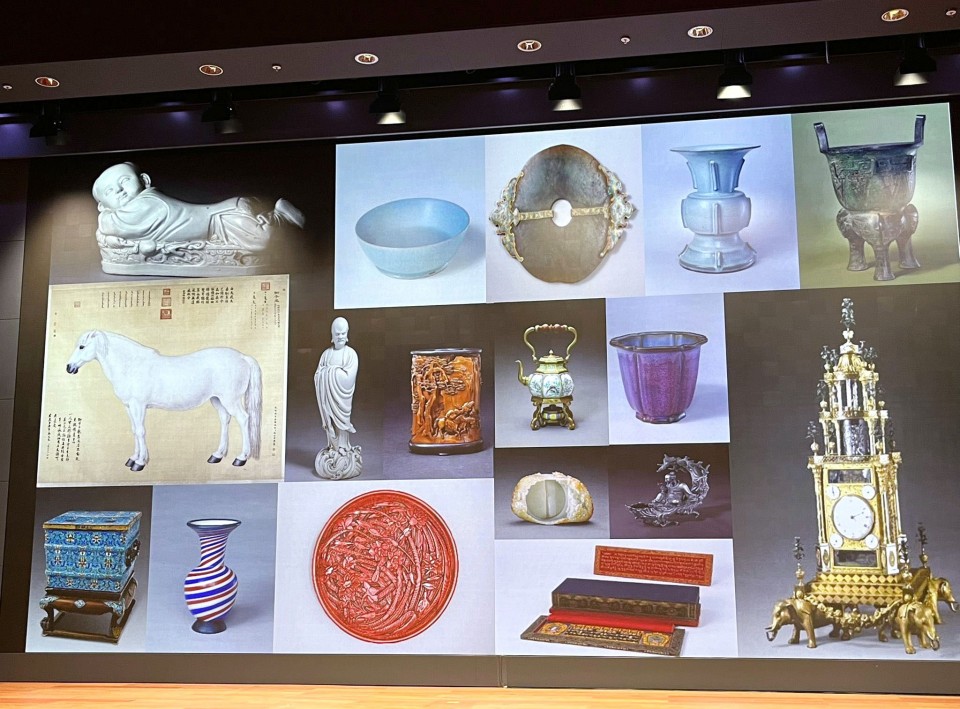 Items to be displayed at the Palace Museum in Hong Kong are shown on a screen at a press conference venue on June 7, 2022. (Kyodo)

Despite its highly anticipated arrival after nearly six years in the making, the museum has garnered heavy criticism due to the government's failure to consult the public before the project was first announced in December 2016. 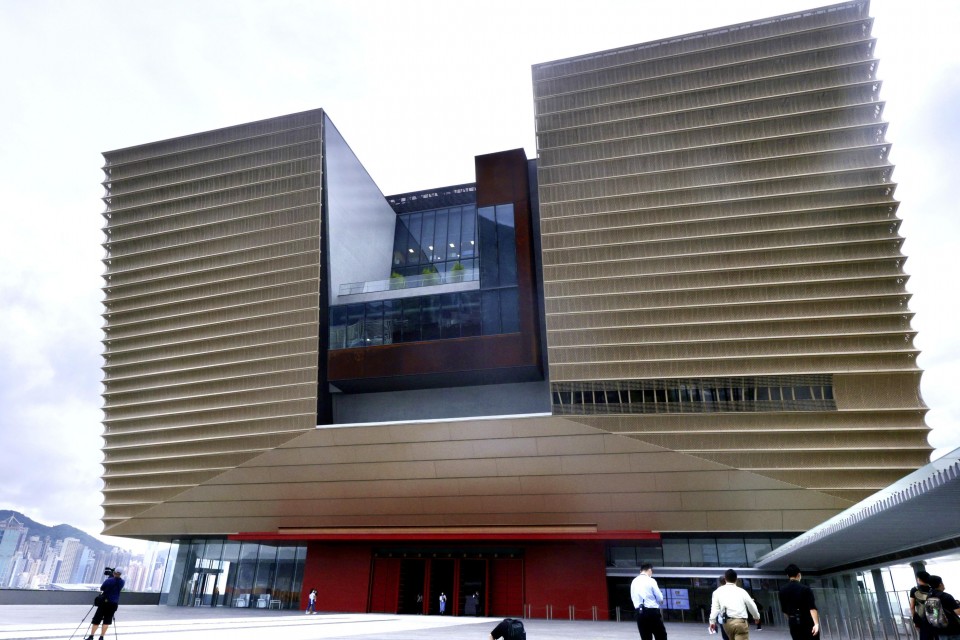 Speaking at an opening ceremony held on June 22, Lam said the museum should work to promote Chinese culture to an international audience.

"The opening of the HKPM today is just the beginning. It bears an important responsibility and shoulders the mission of the times," she added.