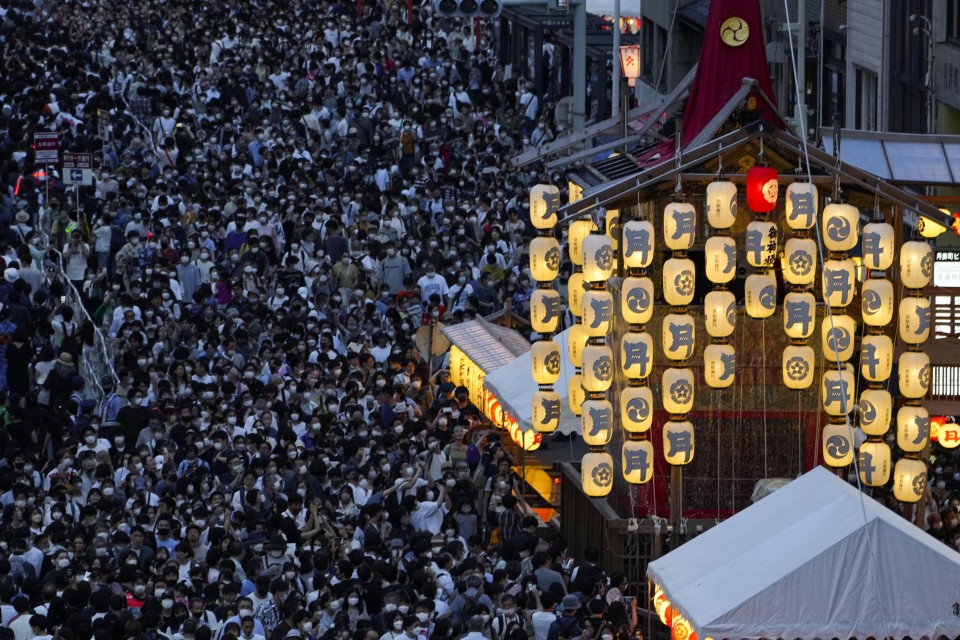 People fill the streets where floats with illuminated lanterns are on display during the Gion festival's Yoiyama event in Kyoto, western Japan, on July 16, 2022. (Kyodo) ==Kyodo 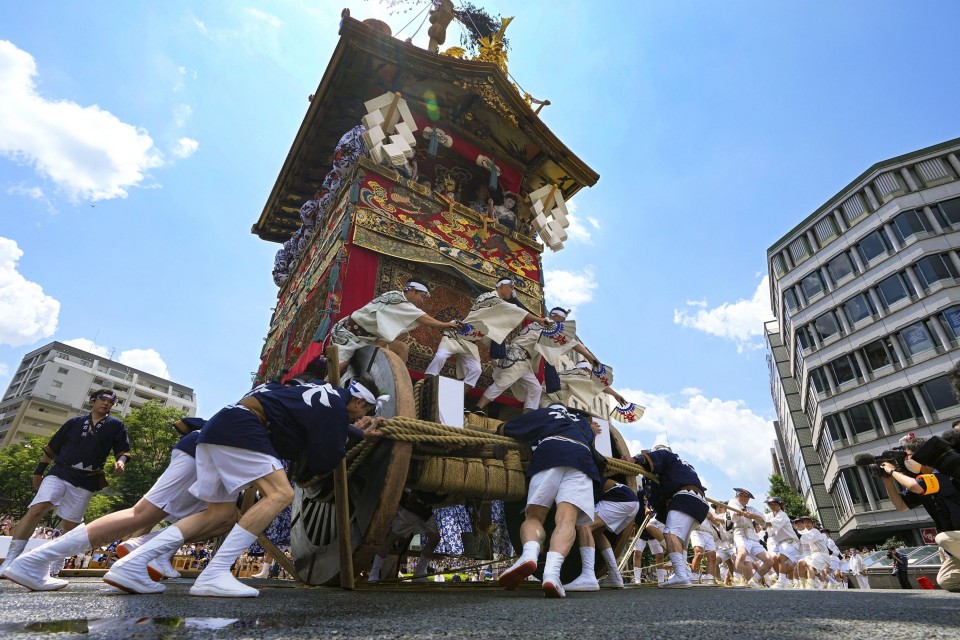 A decorated float is seen during the Yamahoko parade of the traditional Gion Festival in Kyoto, western Japan, on July 17, 2022. (Kyodo) ==Kyodo 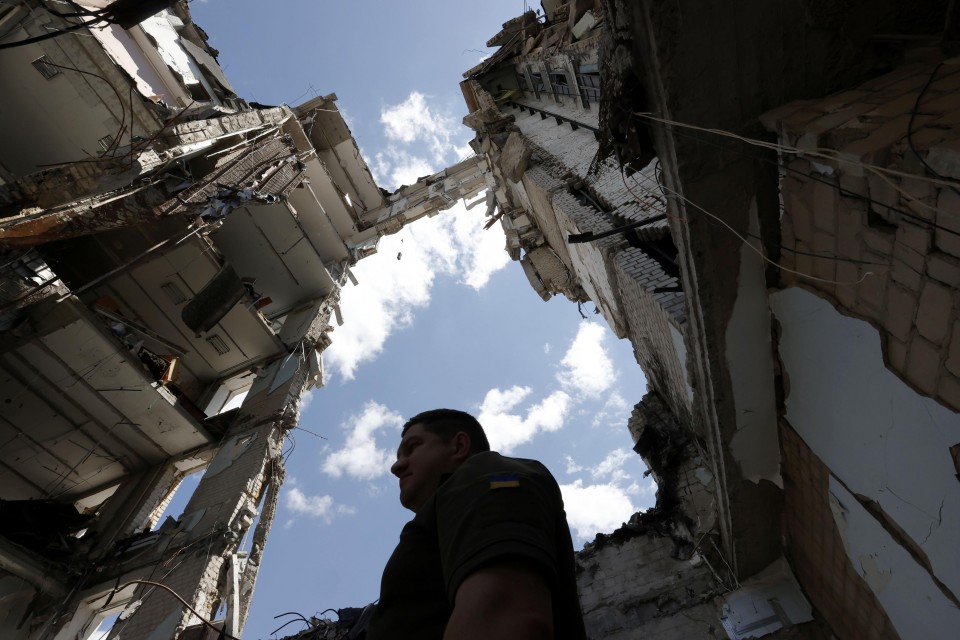 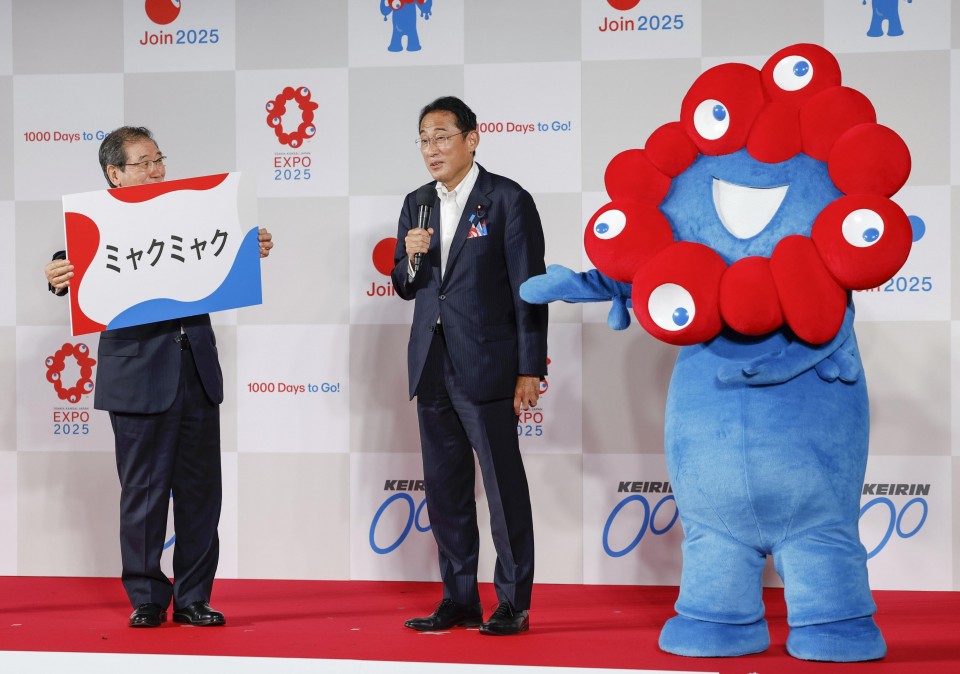 Japanese Prime Minister Fumio Kishida (C) attends an event in Tokyo to promote the 2025 World Exposition in Osaka on July 18, 2022, 1,000 days before its opening. (Kyodo) ==Kyodo 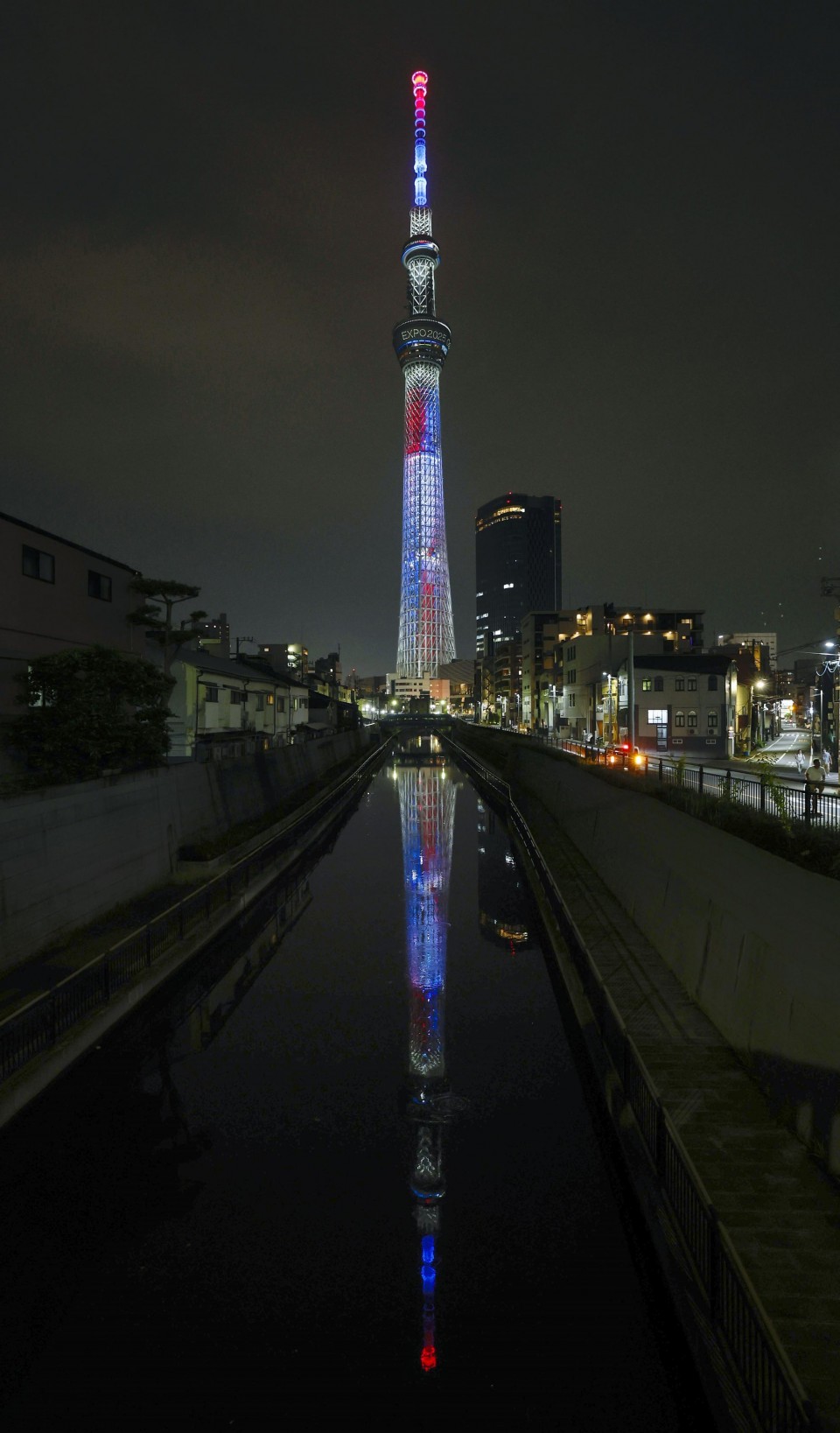 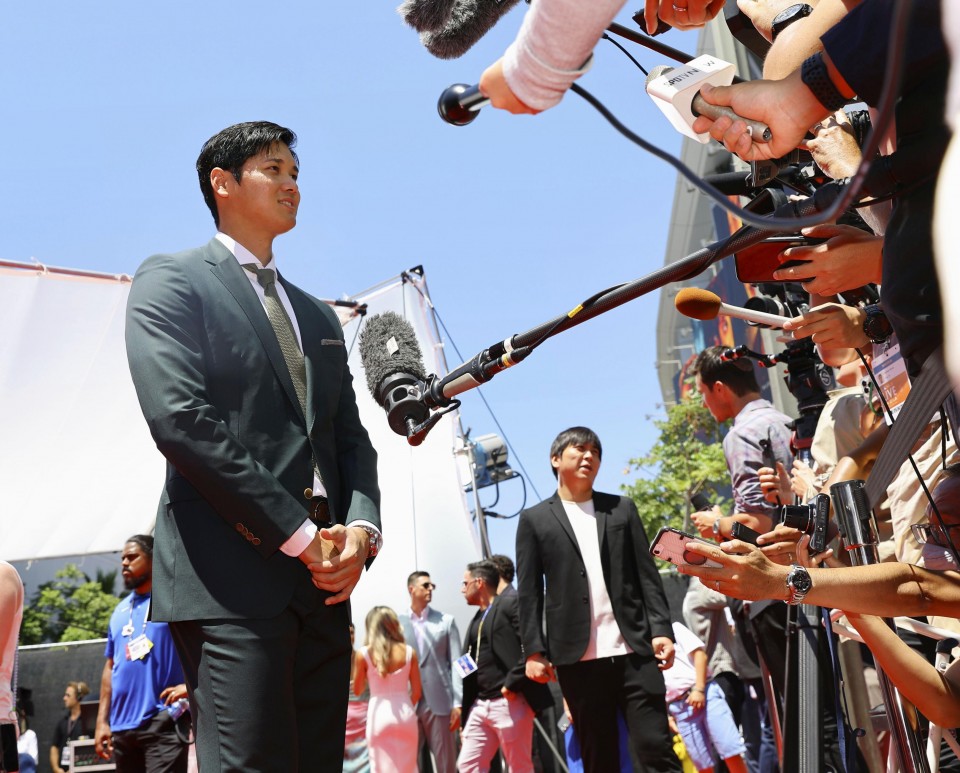 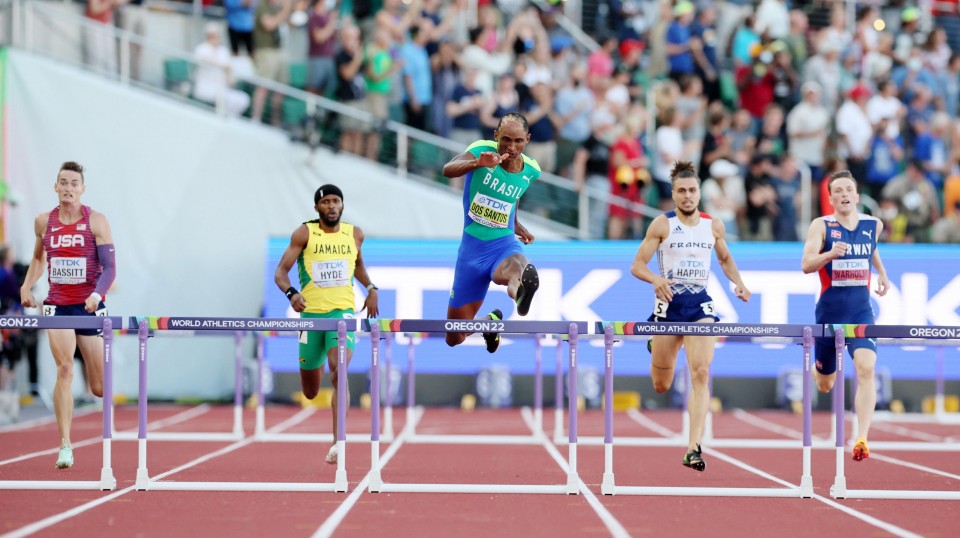 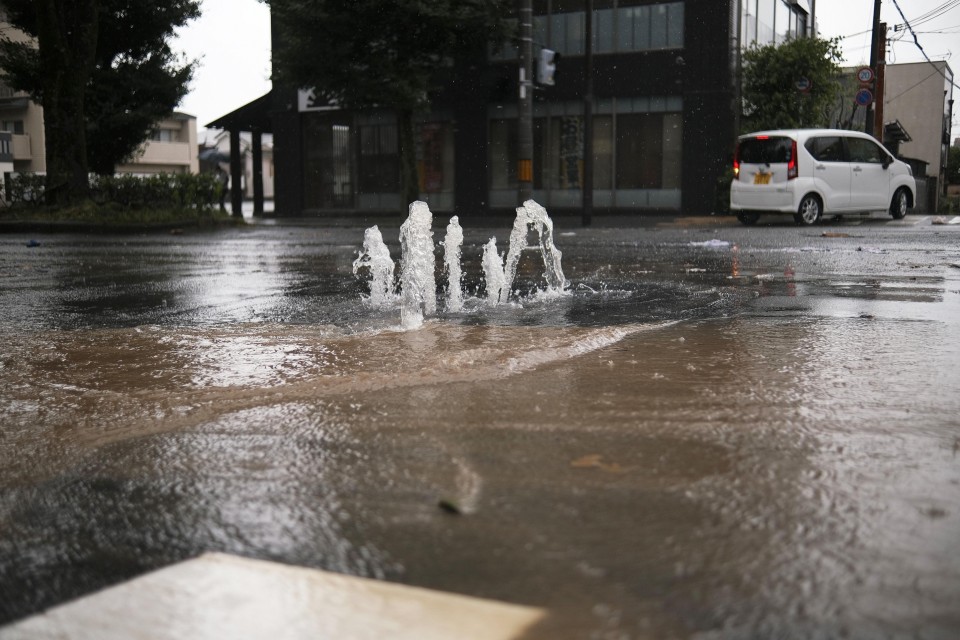 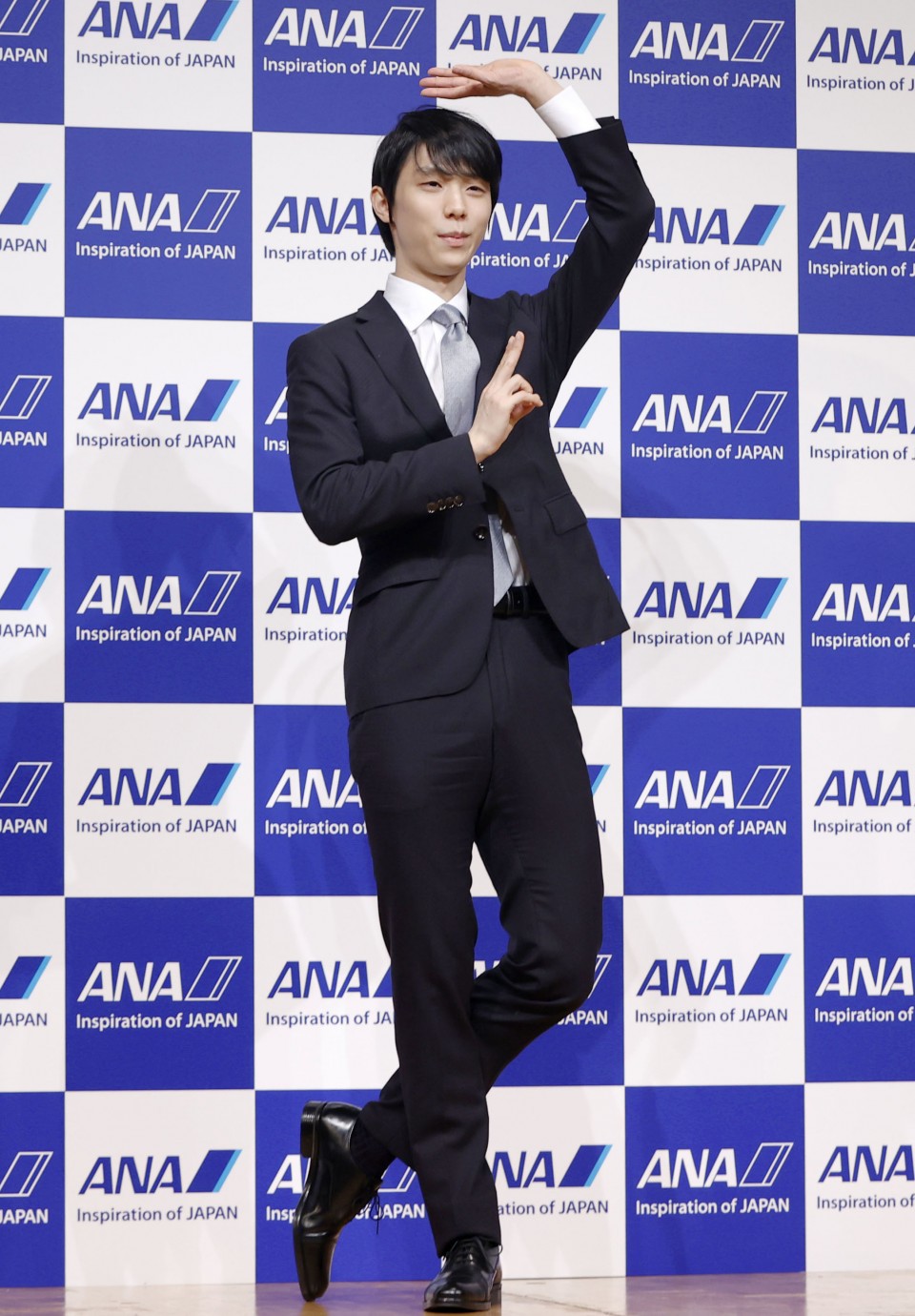 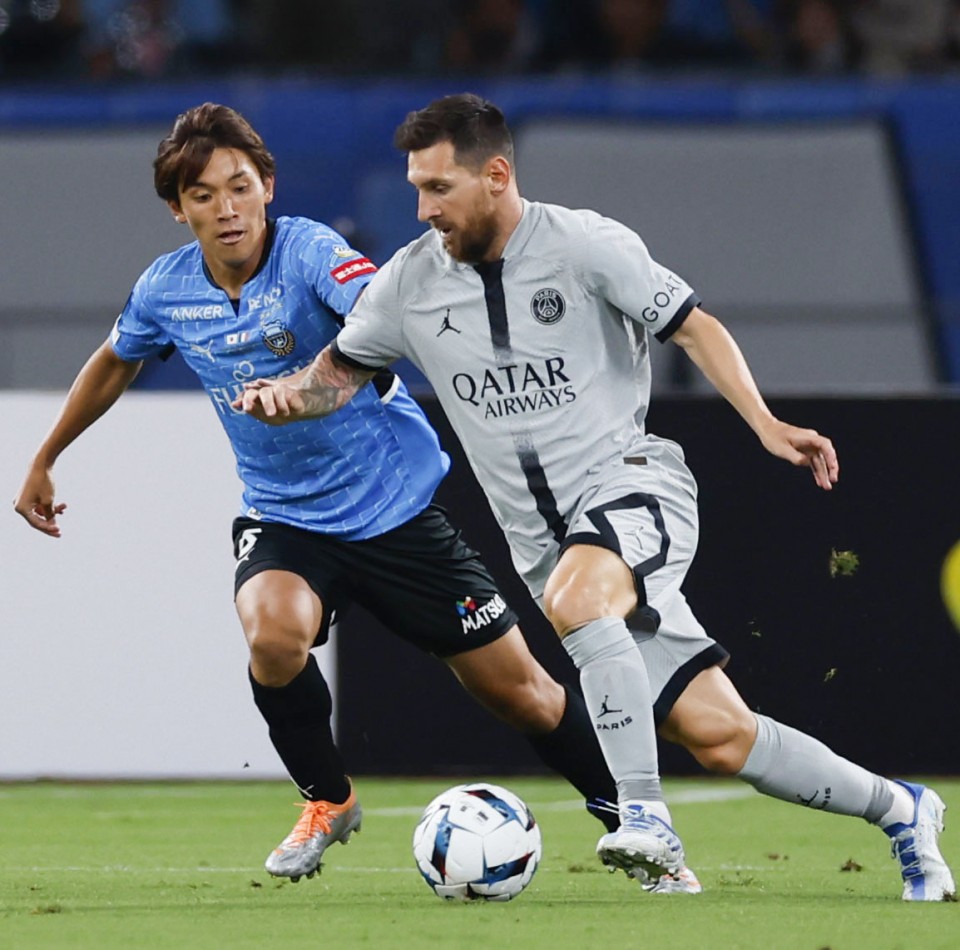 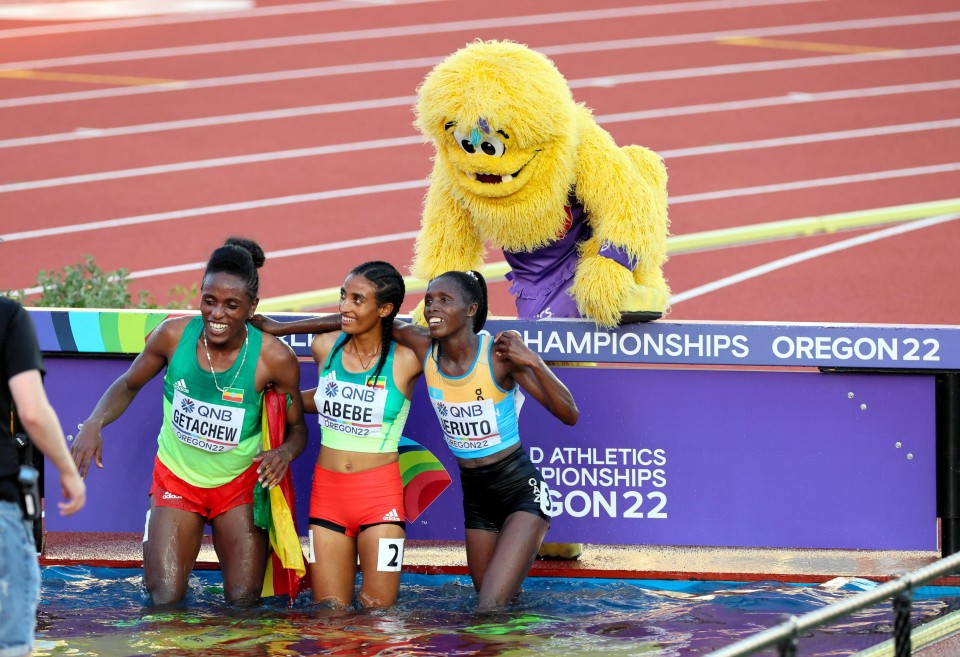 Norah Jeruto (R) of Kazakhstan poses after winning gold in the women's 3000-meter steeplechase at the World Athletics Championships in Eugene, Oregon, on July 20, 2022, alongside Ethiopians Werkuha Getachew (L) and Mekides Abebe, who won silver and bronze, respectively. (Kyodo) ==Kyodo 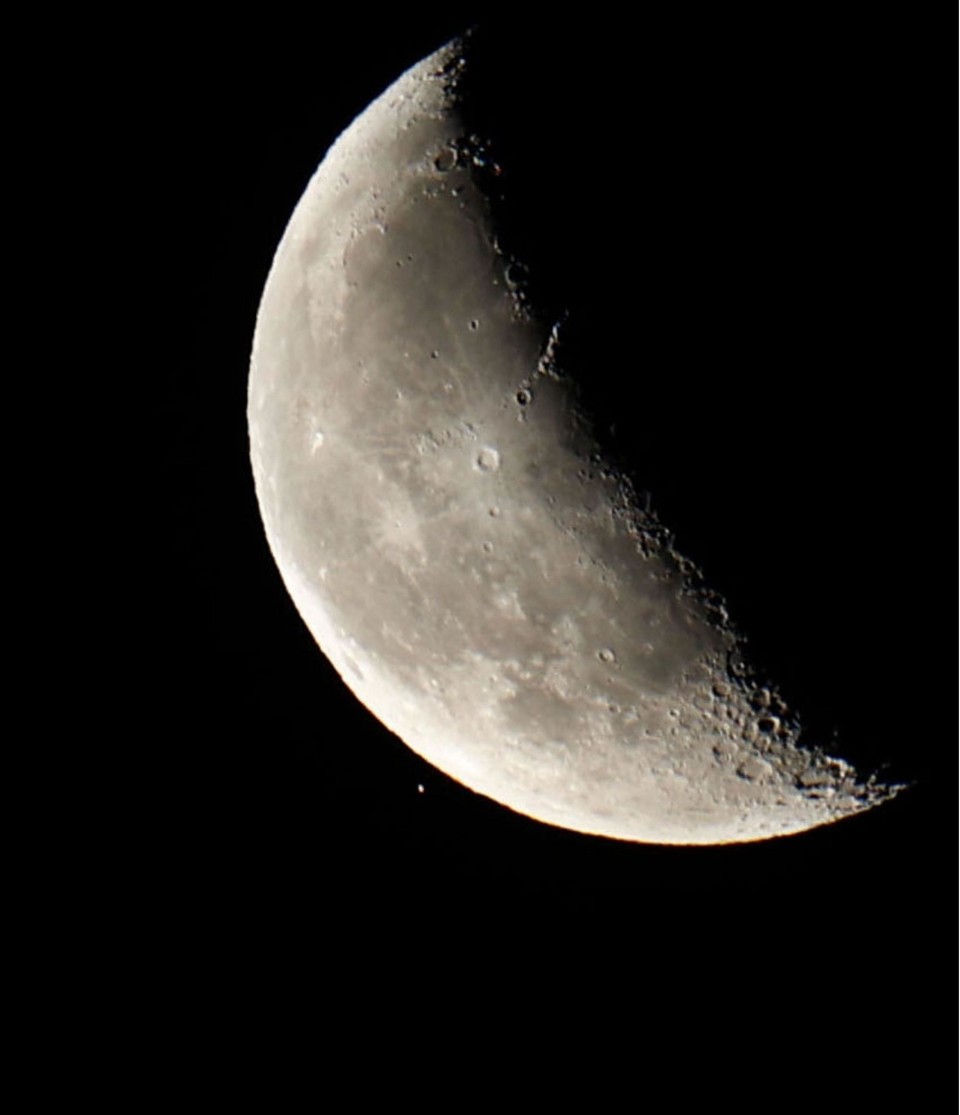 Photo taken from Cape Nosappu in Hokkaido, northern Japan, on July 21, 2022, shows Mars shortly before it disappears behind the Moon. (Kyodo) ==Kyodo