Keisei Tominaga dropped a game-high 17 points Sunday as Japan dominated Taiwan 89-49 in the opening round of Asian qualifying for the 2023 FIBA Basketball World Cup.

The 21-year-old guard for the University of Nebraska Omaha got into the teeth of the defense and was a perfect 5-from-5 from the stripe in his 15 minutes off the bench at Melbourne's John Cain Arena. 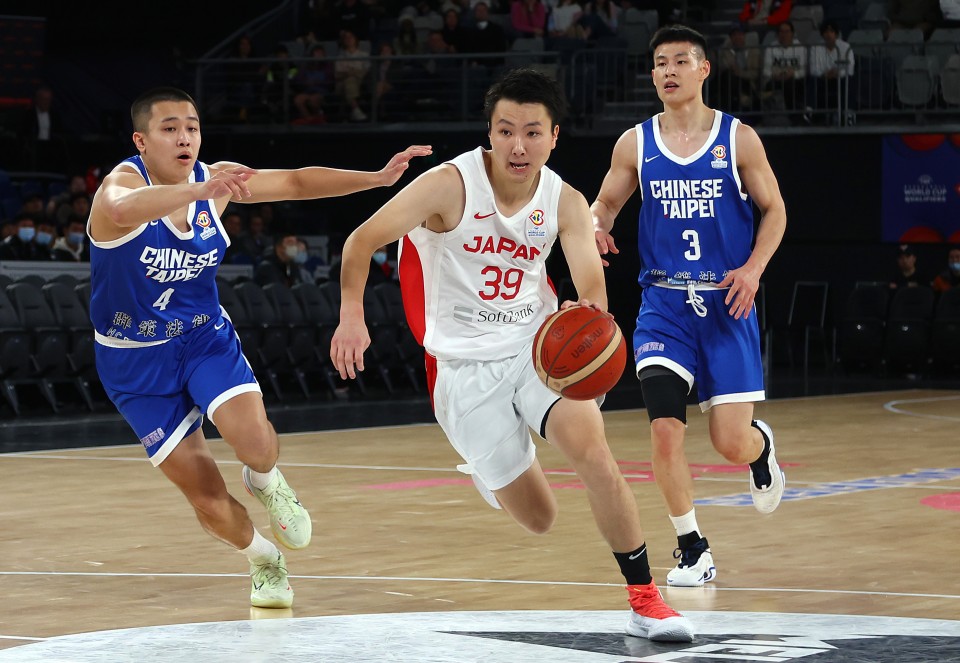 Soichiro Inoue contributed 14 points and Luke Evans 13 for the Akatsuki Five, who improved to 2-4 in group play and ended winless Taiwan's bid to reach the next qualification round.

Japan, Indonesia and the Philippines have automatically qualified as co-hosts of the World Cup, tipping off Aug. 25 next year.

With NBA forwards Rui Hachimura and Yuta Watanabe temporarily out of the picture, Japan's head coach Tom Hovasse picked a squad with relatively little senior national team experience for the qualifiers in Australia.

While Japan was resoundingly beaten 98-52 by Australia on Friday, Tominaga's 18-point performance against the Tokyo Olympic bronze medalist in his senior international debut put a silver lining on the loss.