As the House of Councillors election looms Sunday with a solid poll lead for Japan's ruling coalition, the heads of major political parties are making extensive use of a few choice phrases to present their cases to voters across the country.

With squeezed finances amid rising prices a focal issue, ruling Liberal Democratic Party chief and Prime Minister Fumio Kishida is telling crowds his government has the competence to handle the problem, while the main opposition Constitutional Democratic Party of Japan is urging voters to show their anger over the government's response. 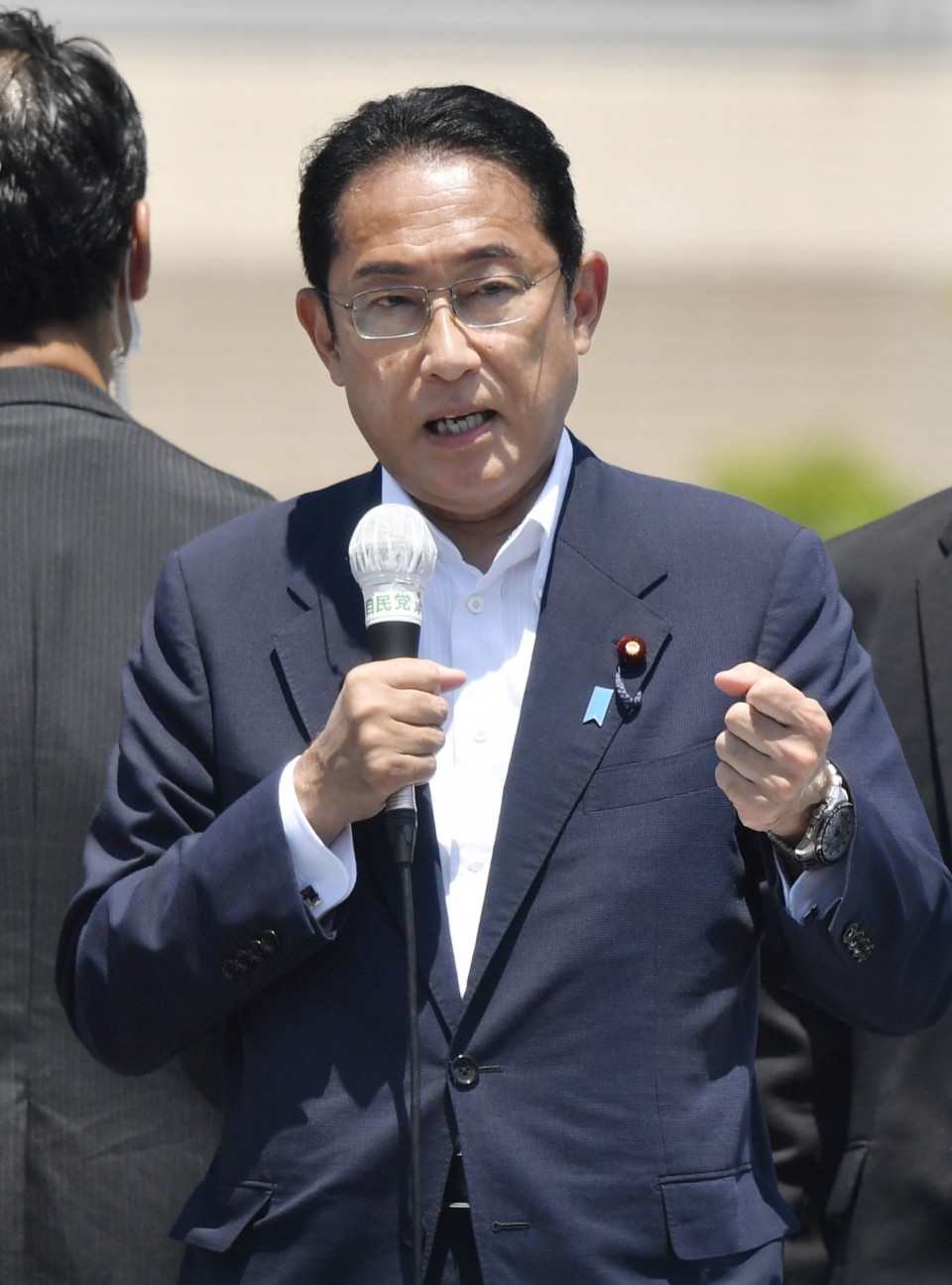 Japanese Prime Minister Fumio Kishida makes a speech in Aomori, northeastern Japan, on July 6, 2022, for the House of Councillors election on July 10. (Kyodo)

Kishida has been touting his government's actions to address rising prices and COVID-19, often concluding his speeches by saying the ruling coalition of the LDP and junior partner Komeito can surmount the challenges and "lead the way to the future."

This year, 125 of the upper house's 248 seats -- half of the chamber plus a vacant seat in the other half -- are up for election. A Kyodo News poll released this week tipped the LDP and Komeito to win more than half the contested seats, with the former set for more than 60 and the latter to retain 14.

During campaigning, CDPJ leader Kenta Izumi has repeatedly mentioned a "livelihoods perspective" in a bid to show empathy with voters, criticizing the ruling parties' response to price rises and imploring people to "be angry together, and make your voices heard."

Polling suggests his party could struggle to hold on to its 23 seats. The upper house contest is Izumi's first national election since he took over as party leader from Yukio Edano after disappointing results in the 2021 House of Representatives election.

Komeito's proposals to the government on stemming soaring prices have been a regular fixture of speeches by its leader Natsuo Yamaguchi, who says his party "time and again made pre-emptive moves." He has also been raising his fist, calling on the public to "lift up" the party's candidates past the re-election threshold.

Ichiro Matsui, leader of the opposition Japan Innovation Party, which supports constitutional reform and could see a big rise from its current six seats, has been saying, "We need a sharp opposition party that can face down the LDP."

Meanwhile Kazuo Shii, leader of the Japanese Communist Party, which holds six of the seats being contested, has argued that the stronger the party is the more government policy can be influenced. With the party's 100th anniversary fast approaching, it has also been promoting itself as "facing up to adverse currents."

Yuichiro Tamaki, whose pro-constitutional reform opposition Democratic Party for the People could see it lose some of the seven seats it currently holds, has sought to emphasize pragmatism, telling crowds in a recent stump speech, "It's not about right or left, it's about creating a society that can move upward."