When a strong earthquake struck off the coast of Fukushima in March, Chinese social media was flooded with comments reveling in the prospect of a disaster and telling Japanese "to die."

But almost immediately, translations of the comments in Japanese and English appeared, produced by a loose collection of people, most of them Chinese themselves, to open the world's eyes to the kinds of opinions being voiced in China.

Participants in the campaign, called the Great Translation Movement, say the ultimate aim is to expose the Chinese Communist Party's manipulation of public opinion. 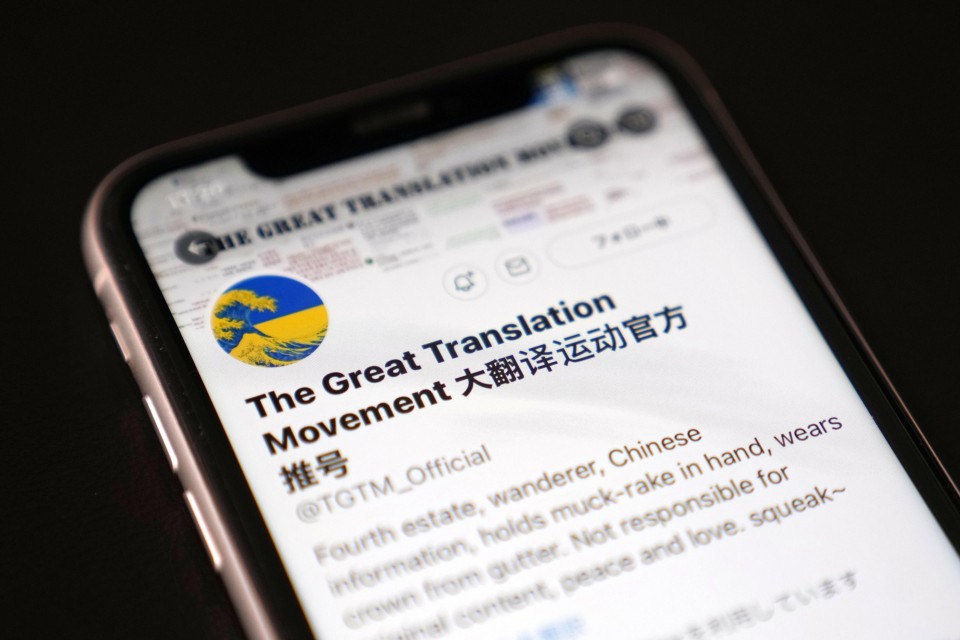 The Chinese leadership under President Xi Jinping, meanwhile, has responded by denouncing the movement as "a virus that insults China," according to Chinese news media.

In late February, the Chinese government made a statement that seemed to all but side with Russia's invasion of Ukraine, saying that Moscow's "reasonable concern was understandable."

It was soon followed by the appearance on the internet of exchanges of comments disparaging Ukraine such as "Let's adopt Ukrainian beauties" and "Instant death to Ukraine."

A number of Chinese citizens, angered by their government's stance, then took the initiative to translate the comments into English for overseas distribution via the American social news aggregation site Reddit, opening the way for the launch of the GTM.

The initiative grabbed the attention of the overseas media, with the translated messages seen as revealing the Chinese government's real stances hidden by its external propaganda.

In Ukraine, the translations intensified anti-China sentiment, while the international community came to believe that China approves of Russia's invasion of Ukraine.

Participants in the GTM, meanwhile, saw the power of the translations and recognized they could undermine the image of China as a peaceful and friendly country created by its propaganda authorities.

The GTM community on Reddit, which had been its base, had more than 50,000 participants but was closed down in March since people's personal information had been leaked.

With GTM activities shifting to Twitter, the venue has become a forum for people to voice their discontent about the CCP's manipulation of public opinion and authoritarian governance, many of whom post messages under the hashtag #TheGreatTranslationMovement. There are now nearly 180,000 followers.

The GTM was launched spontaneously by a small number of people and has since become gradually more organized.

Chinese propaganda efforts to promote support for Russia's military activities and shape public opinion by fanning hatred of the United States, Europe and Japan are now translated into English, Japanese, German, French, Korean and other languages for global distribution.

A young man in his 20s in China, who joined the GTM from its initial stage, responded to a Kyodo News interview via a smartphone app on the condition of "absolute anonymity." He will be referred to by the pseudonym Wang.

Unemployed because of the country's slumping economy, Wang was spending his days lying on his bed checking his smartphone. One day, he heard an official say something on the news that he could not get out of his head.

The official said that recently, young people have become apathetic and unwilling to make efforts, preferring to "lie around in bed." But to Wang, it did not feel as if he had chosen to be like that. He roused himself and began carefully thinking about the background to his lack of a job.

Private enterprises, stripped of vitality, have had no choice but to conduct massive layoffs. What is more, the repeated lockdowns of cities under the government's "zero coronavirus" policy have led to economic stagnation. As a result, many workers are now jobless with nowhere to go. 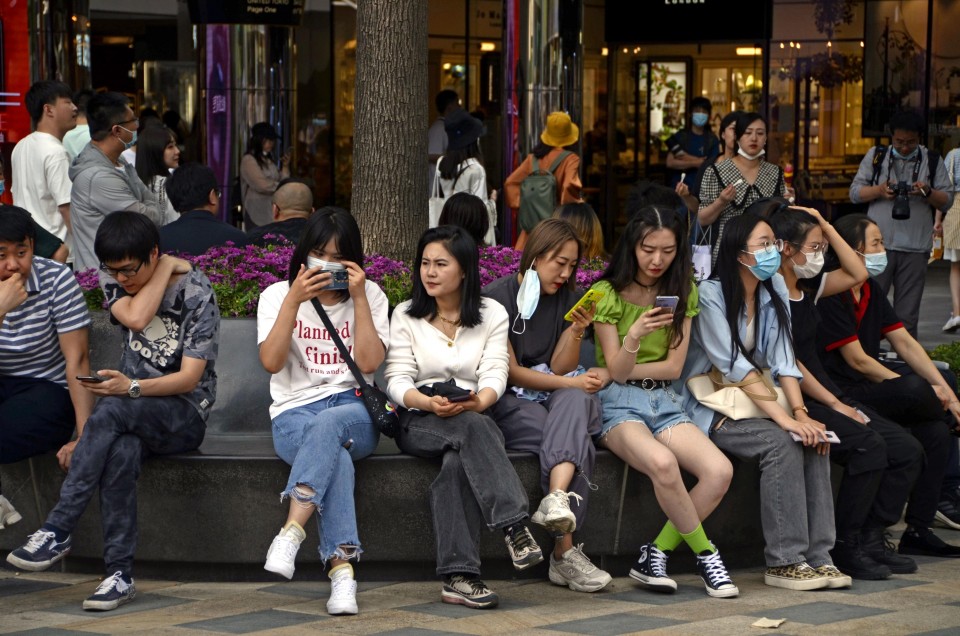 "The government blames young people for its misgovernment. To divert public attention, the government is fanning the hatred of the United States, Europe and Japan," Wang said. To Wang's eyes, Russia, which he views as having invaded Ukraine to drum up an external crisis while its economy stalled, mirrors his own country.

"If China invades Taiwan, the people's lives here will fall apart. I joined the GTM for our protection," Wang said.

He said he wishes to "prevent (China) from running out of control" by providing the world with information about how the CCP and government are breeding aggressive patriotism directed against other countries and charging ahead with a military buildup.

In the meantime, Chinese authorities have become gravely alarmed by how translations can become weaponized.

In April, the Global Times, a daily tabloid affiliated with the CCP's flagship newspaper, the People's Daily, carried an expert's commentary, saying that translations "dishonoring" China have become "large-scale and systematized."

Warning that the GTM phenomenon could have a serious impact on China's image and its ability to "improve its messaging" internationally, the commentary said Beijing must take the initiative in getting out key concepts related to China to overseas audiences.

Seeking to formulate an image of China as a "beloved country," President Xi has become nervous that the GTM might throw cold water on such designs. Chinese propaganda authorities consider anti-China forces in the United States and Europe especially to be behind the GTM campaign.

But according to Wang, most participants in the GTM use Chinese as their native language and have experienced living under Chinese rule. They include not only Chinese nationals but also ethnic Chinese living overseas and foreign nationals. The leaders' identities are kept secret to avoid being exposed by Chinese authorities. 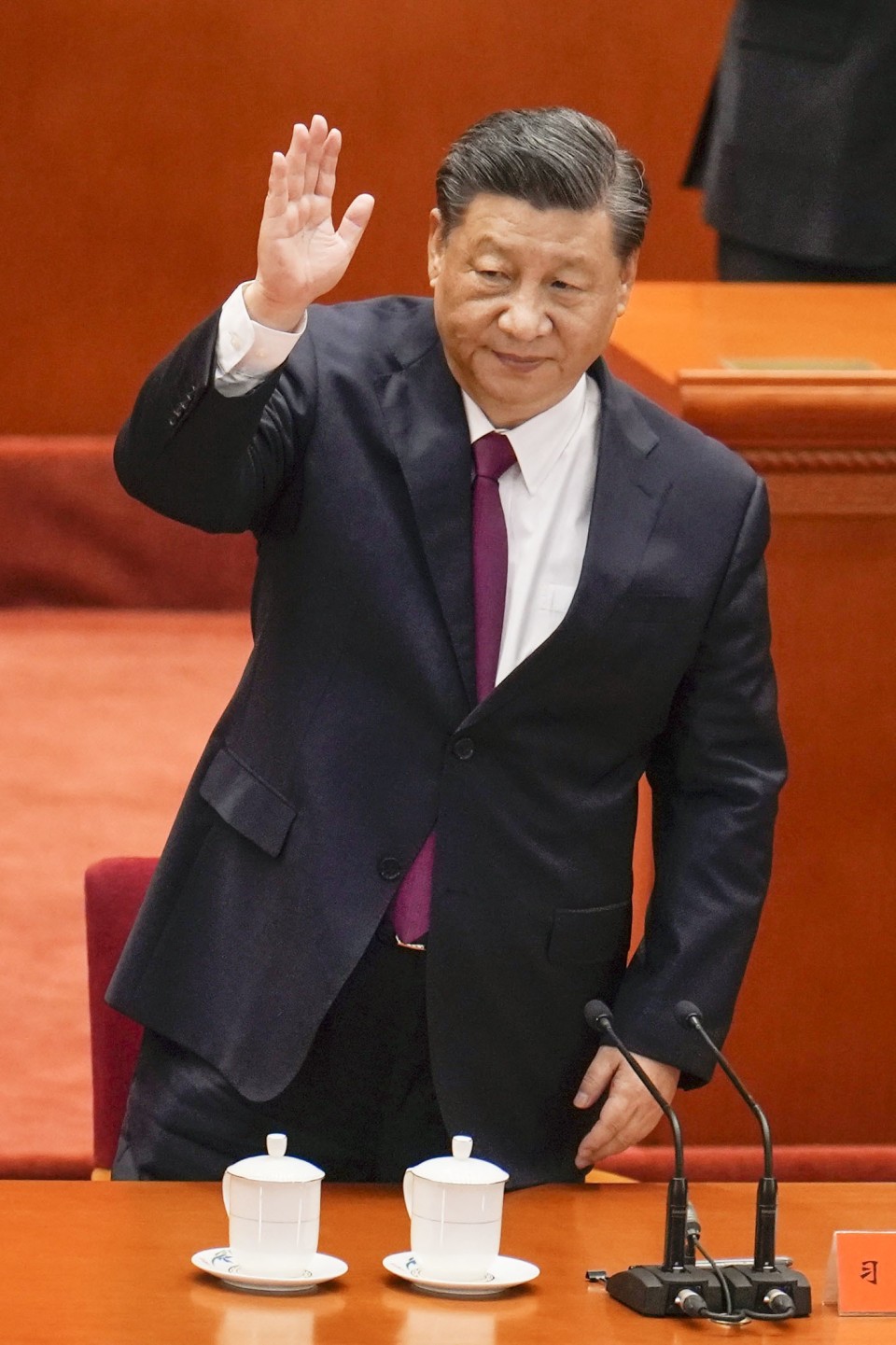 Chinese President Xi Jinping attends an event to award people who contributed to the Beijing Winter Olympics and Paralympics on April 8, 2022, at the Great Hall of the People in Beijing. (Kyodo) ==Kyodo

CCP and government-affiliated media revile participants in the GTM as "viruses" or "prowling rats" and attack them for staging an information war led by the United States and Europe. But it appears that they are averting their eyes from the fact that Chinese citizens likely form the mainstay of participants.

The GTM is aimed at informing people around the world about the torrent of "dangerous public opinions being formed in China due to the government implanting anti-Japanese sentiments in the minds of citizens," Wang said, expressing concern that China is pushing toward military expansion on a pretense of Japan's threat.

After the translations of comments celebrating Japan's earthquake aroused a growing reaction abroad, over half the comments on Chinese social media were deleted. Members of the GTM regard that as a "result."

Furthermore, the GTM is not necessarily targeted at the CCP. Messages such as "Ukrainian beauties" and "Die, Japanese" were primarily posted by ordinary citizens.

"As Chinese people have reverence for centralized power at their root, they are partly responsible for the outcomes of governance by the CCP," Wang said.

The GTM is aimed at urging Chinese people to deeply reflect upon their psychology of belittling human rights and accepting autocracy, he explained.

"Unless Chinese authorities stop hate-filled propaganda and Chinese netizens discontinue silly comments that support acts of aggression the GTM will not end," he said.