Foreign ministers from Japan, the United States and South Korea agreed Friday the three nations will work together closely to deal with North Korea's nuclear and missile threats, including strengthening their regional deterrence.

They also exchanged views on China, which has been intensifying maritime assertiveness in the Indo-Pacific region, as well as Russia's invasion of Ukraine that started in February, Japanese Foreign Minister Yoshimasa Hayashi said at a press conference on the Indonesian island of Bali. 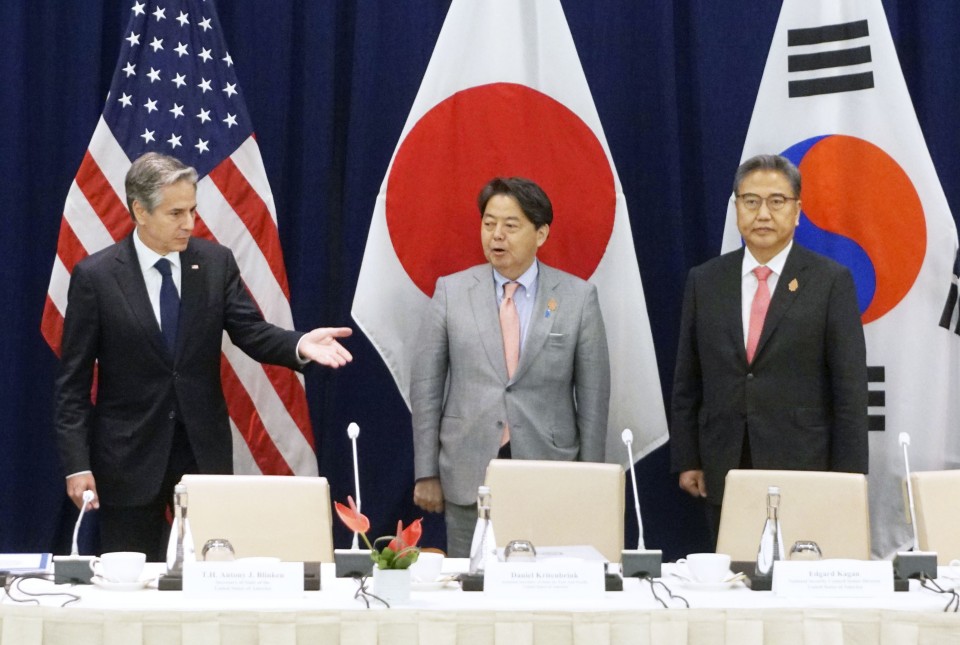 The three ministers met on the sidelines of a two-day Group of 20 foreign ministerial meeting that started Thursday on the Southeast Asian nation's resort island.

The meeting came after Pyongyang repeatedly test-fired ballistic missiles since the beginning of the year, with concerns growing that the reclusive nation may carry out what would be its seventh nuclear test, and the first since 2017.

"North Korea's nuclear and missile development poses a threat to the peace and stability of Japan and the international community, and is totally unacceptable," Hayashi said at a press conference.

U.S. State Department spokesperson Ned Price said in a statement that Blinken reiterated the commitment of the United States to complete denuclearization of the Korean Peninsula in his talks with Hayashi and Park.

Late last month, leaders of the three countries held a meeting in Madrid, the first such trilateral summit since September 2017, agreeing on the importance of beefing up regional deterrence through defense cooperation.

Japanese Prime Minister Fumio Kishida, U.S. President Joe Biden and Yoon held the talks on the fringes of a summit of the North Atlantic Treaty Organization after NATO invited the leaders of Japan and South Korea to the summit for the first time. The two Asian countries, together with Australia and New Zealand, were viewed as partner countries by the trans-Atlantic alliance. 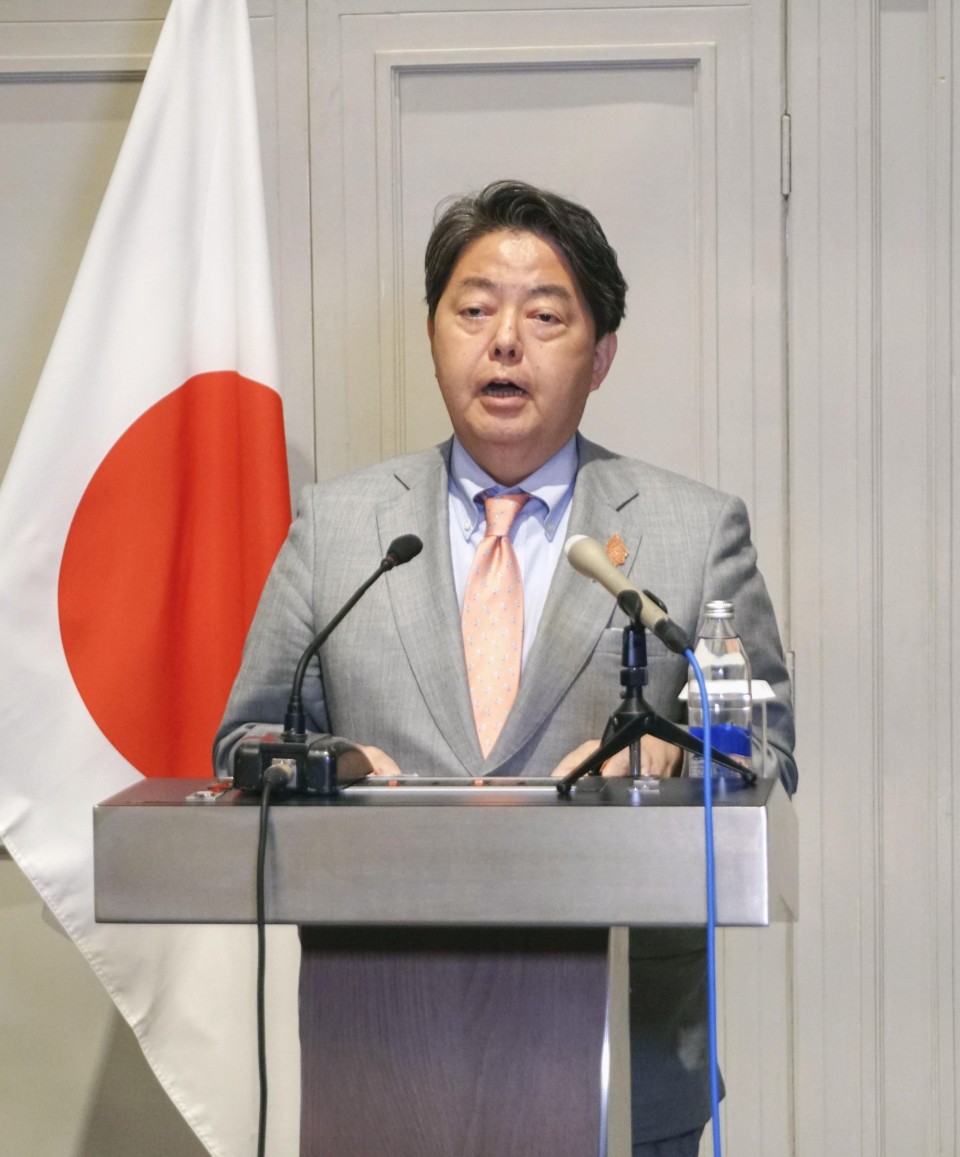 Following a series of provocative acts by Pyongyang, defense ministers from the three nations met in Singapore in June on the sidelines of the annual Asia Security Summit and pledged to carry out "trilateral missile warning and ballistic missile search and tracking exercises" for the first time since December 2017.

The talks by the top diplomats of the three nations took place following a change in the South Korean government that has created fresh impetus toward improving soured bilateral ties between Tokyo and Seoul.

Yoon's tougher stance toward Pyongyang as compared with his predecessor and his eagerness to forge closer ties with the United States and Japan appear to be helping the three countries align closer in pressuring North Korea.

Meanwhile, in a separate talks, Hayashi asked Yoon to work to improve Tokyo-Seoul relations as they remain strained over issues related to Japan's colonial rule of the Korean Peninsula, including wartime labor issues.

During the conversation, the first face-to-face chat between them since Park took office in mid-May, the South Korean minister conveyed his condolences regarding former Japanese Prime Minister Shinzo Abe, who died after being shot during a stump speech in western Japan earlier in the day, Hayashi told reporters.