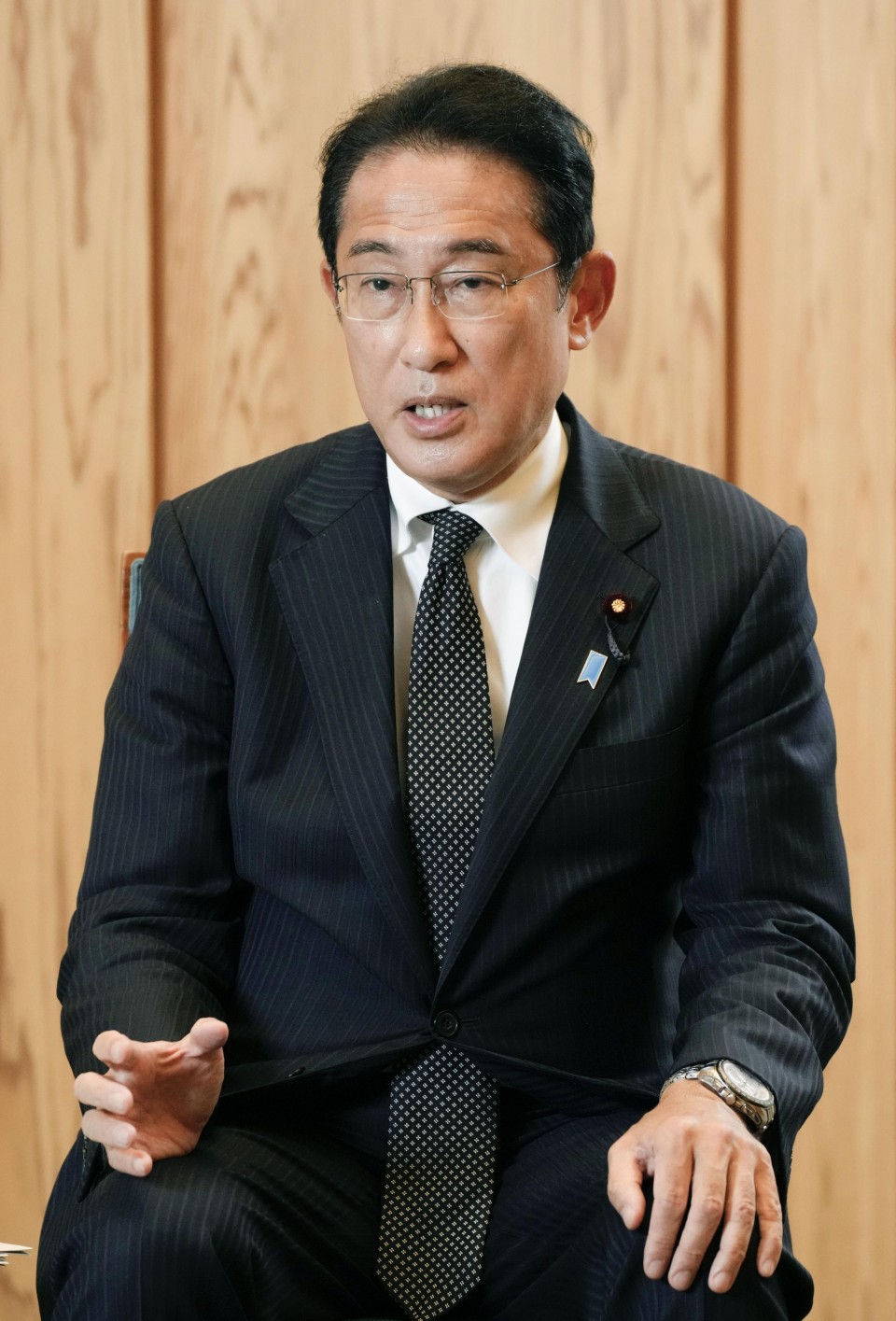 Prime Minister Fumio Kishida plans to unveil next week a plan to create a U.N. fund to help young people from around the world learn about atomic bombs through visits to Hiroshima and Nagasaki, the two Japanese cities devastated by such weapons, government sources said Friday.

The envisaged fund is part of Kishida's broader plan toward realizing a world free of nuclear weapons, the sources said. It will be included in a speech he plans to deliver Monday when he attends a U.N. conference to review a nuclear nonproliferation treaty, becoming the first Japanese leader to do so.

Japan is considering holding a meeting of eminent persons such as political leaders and scholars to discuss nuclear disarmament in late November in Hiroshima, the sources said. Kishida represents a constituency in Hiroshima.

"I'd like to see many political leaders and young people who lead the future to visit (Hiroshima and Nagasaki). The government will extend support," Kishida said in an interview with Kyodo News on Friday.

Kishida said he will call for the principle of no use of nuclear weapons against non-nuclear states to be maintained in the speech.

To realize a world free of nuclear weapons, the goal he has been pushing for, the prime minister said, "I plan to unveil a plan, or a road map."

The review meeting on the Treaty on the Non-Proliferation of Nuclear Weapons, the world's most widely ratified agreement on nuclear arms controls, will be held at a time when Russia has been dangling a nuclear threat as its war in Ukraine continues.

Kishida acknowledged that debate on the need for nuclear disarmament has been losing steam. He added, "I would like to reverse (this trend)" by attending a part of the conference, which runs from Monday to Aug. 26.

The treaty recognizes Britain, China, France, Russia and the United States as nuclear powers. It aims to prevent the spread of nuclear weapons and technology, promote the peaceful use of nuclear energy and achieve nuclear disarmament.

Japan has stressed the importance of the NPT as the foundation of the nuclear disarmament and nonproliferation regime. The government has opposed any use of or the threat of using nuclear weapons.

A review conference is held every five years. The latest round of the meeting was due to take place in 2020 but postponed due to the COVID-19 pandemic.

Kishida was foreign minister when the previous meeting ended without an outcome document due to disagreements among the participants.

"It would be ideal to see an outcome document on which all nations can agree," Kishida said.

Hiroshima will host a summit of the Group of Seven leaders next May as Japan aims to send out a message of peace following Russia's invasion of Ukraine.

In his speech outlining his diplomatic vision at a security forum in Singapore in June, Kishida said he will "bring back" discussions on other treaties related to nuclear weapons -- the Comprehensive Test Ban Treaty and the Fissile Material Cut-off Treaty.

Japan, which is protected under the U.S. nuclear umbrella, has not joined the Treaty on the Prohibition of Nuclear Weapons that came into force in 2021 despite calls, especially from atomic bomb survivors, for Tokyo to sign on.

The treaty has no nuclear powers as signatories.