The number of students in elementary and junior high schools in Japan fell by around 1 million from a decade earlier to about 9.56 million in 2020, according to a government survey, underscoring the rapid aging of the country's population.

By delving into the annual survey, Kyodo News found that 346 of the 1,892 municipalities in Japan had seen student numbers in the compulsory education system dwindle by more than 30 percent in the 10 years.

The number of elementary and junior high schools in the country stood at 29,793, down by about 3,000 due to an accelerated pace of closure and consolidation of such schools, especially in rural areas. 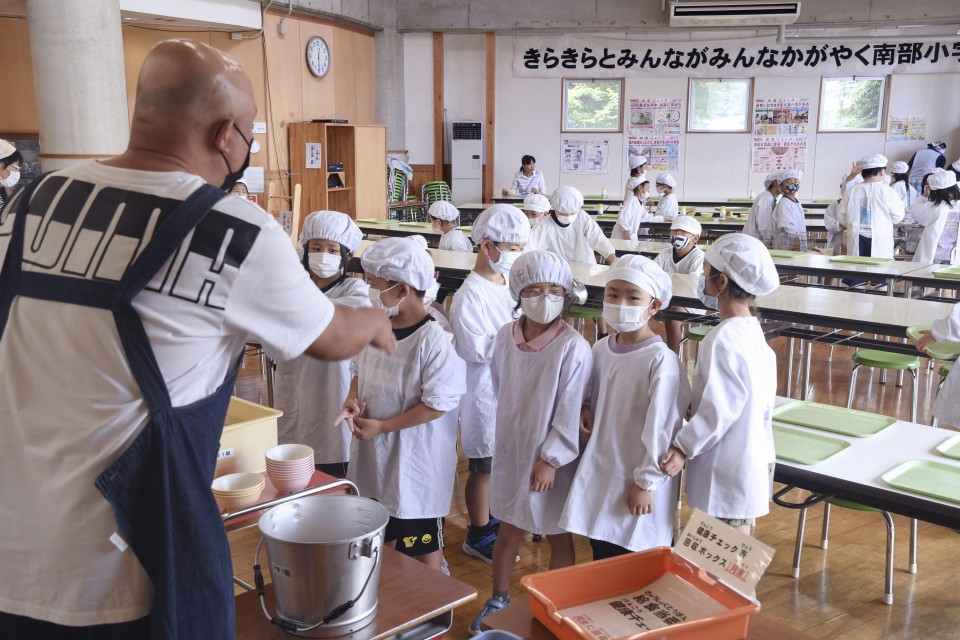 Pupils are pictured at Nanbu elementary school in the village of Minamiminowa, Nagano Prefecture in June, 2022. (Kyodo)

The survey by the education ministry covers state-run, municipality-run and private schools. Attending elementary school and junior high school is compulsory in Japan.

The largest margin of decline came in the Fukushima Prefecture town of Okuma, which posted a 99 percent fall in the number of such students over the 10-year period.

It stemmed from evacuation of the area following the nuclear disaster at the Fukushima Daiichi power plant in the town, triggered by the massive earthquake and tsunami in 2011.

However, the number increased in 237 municipalities, many of which are in urban areas such as Tokyo, as well as Osaka, Aichi and Fukuoka prefectures.

And while many municipalities in rural areas logged a fall in student numbers, some reported an increase.

The number in Nonoichi, Ishikawa Prefecture, rose 20 percent to 4,842, and that in the village of Minamiminowa in Nagano increased 6 percent to 1,501.

Rises were reported in commuter towns for metropolitan areas as well as municipalities that have implemented measures to support households with children.