Medical staff and elderly care workers in Tokyo began to receive their fourth COVID-19 vaccinations on Saturday after the government expanded its eligibility criteria in response to Japan's seventh wave of infections.

Last week's decision to begin the vaccinations was aimed at ensuring enough medical and care workers are available when Japan is seeing record numbers of new cases driven by the spread of the BA.5 Omicron subvariant.

Some medical institutions in the capital have been forced to limit the number of emergency patients they accept and scale back surgical procedures they conduct due to staff shortages caused by a spate of COVID infections. 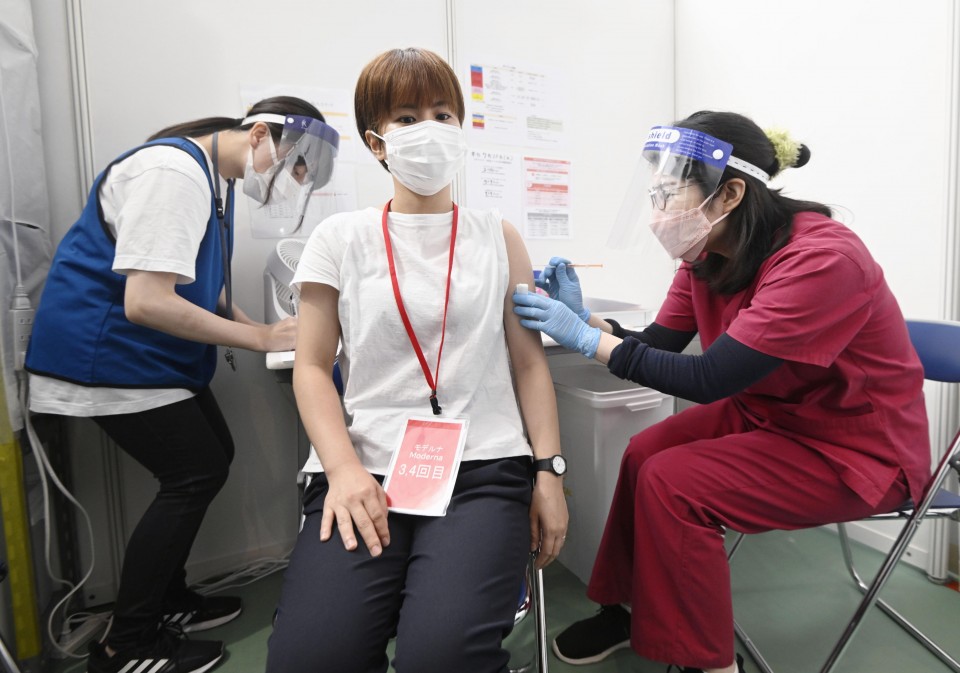 A nurse receives her fourth COVID-19 vaccination at a vaccination site at Tokyo Metropolitan Government building on July 23, 2022. (Kyodo)

Previously, the fourth dose was only available to people aged 60 and over and those between 18 and 59 with pre-existing conditions who are considered at higher risk of developing severe symptoms when infected with the virus.

A study shows the fourth inoculation has relative efficacy for elderly people but may only provide marginal protection for younger people.

The fourth vaccination is available at three mass vaccination sites, including the Tokyo metropolitan government building, for residents of the capital or people who commute into the city.

A panel of health experts working under the health ministry said Friday fourth shots are effective to some extent in preventing the spread of the subvariant, citing clinical data.