The global population will reach 8 billion in mid-November, with India likely to surpass China as the world's most populous country in 2023, a United Nations report said Monday.

Affected by COVID-19, global life expectancy at birth fell to 71.0 years last year, down from 72.8 years in 2019, the United Nations said, adding the pandemic may have led to short-term reductions in the numbers of pregnancies and births. 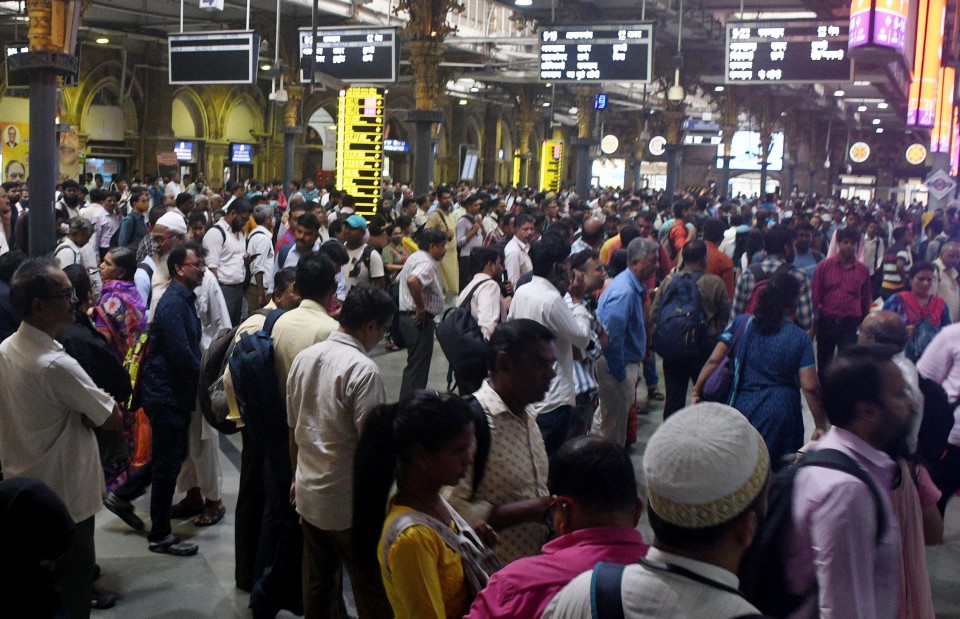 People in India wait for trains in Mumbai, India, on July 9, 2022. (Anadolu Agency/Getty/Kyodo)

With fertility having declined markedly in recent decades in many countries, the global population growth rate in 2020 fell to less than 1 percent for the first time since 1950, according to the U.N.'s World Population Prospects 2022 estimates.

Nevertheless, world population is projected to grow to 9.7 billion in 2050 and peak at around 10.4 billion during the 2080s, after which it is expected to remain at that level until 2100, the report said.

China currently has the world's largest population of 1.43 billion, followed by India at 1.41 billion. In 2050, the population of India is projected to grow to 1.67 billion and that of China to fall to 1.32 billion.

In terms of population distribution, East and Southeast Asia currently have the largest combined population of 2.3 billion, accounting for 29 percent of the world total, the report said.

Meanwhile, the population of sub-Saharan Africa is projected to nearly double to 2.09 billion in 2050 from 1.15 billion at present, accounting for about half of the world's population growth during that period.

"Countries experiencing rapid population growth, most of which are in sub-Saharan Africa, must provide schooling and health care to growing numbers of children, and ensure quality education and employment opportunities to increasing numbers of youth," it said.

The world's population reached 1 billion in the early 19th century. After World War II, the global population began to grow rapidly in the 1950s as health care improved in developing countries while fertility trends remained unchanged.