Shohei Ohtani went 1-for-4 with an RBI as the Los Angeles Angels tied an MLB record by striking out 20 times in a nine-inning game, as they lost to the Houston Astros 4-2 on Sunday.

Ohtani struck out twice against the Astros, who sent four pitchers to the mound, with closer Ryan Pressly (2-2) striking out the side in the top of the ninth to help set a franchise record for Houston in the series finale at Minute Maid Park. 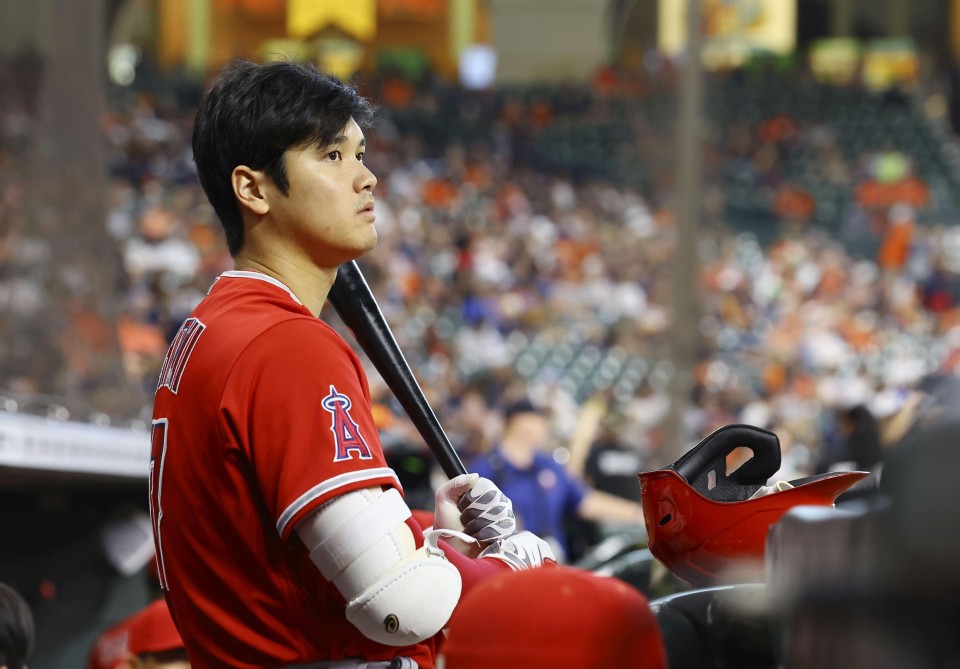 Shohei Ohtani of the Los Angeles Angels is pictured during a baseball game against the Houston Astros on July 3, 2022, at Minute Maid Park in Houston, Texas. (Kyodo) ==Kyodo

Ohtani singled home a run in the third to double the visitors' lead to 2-0, but he could not help the Angels from concluding the first half of the season in poor fashion. They are 37-44 at the midway point.

All 12 Angels batters who came to the plate struck out at least once. They recorded eight hits and 48 strikeouts in the last three games.

Jose Altuve, who had three hits for the second game in a row, drove in the tying run in the fifth, and Jeremy Pena hit a walk-off two-run homer off Ryan Tepera (1-2) as the Astros completed a three-game sweep of the Angels.