A regional sake brewer has released a product for an eye-popping 330,000 yen ($2,400) -- a set of two 720-milliliter bottles of sake made from Japan's famed Koshihikari rice cultivated by hand and free of any agricultural chemicals and synthesized fertilizers.

The unusually high price tag reflects the commitment of three people from disparate industries who were determined to create through time and effort something of lasting value, especially in an age of mass production and consumption.

Rice planting had just been completed when this reporter visited terraced paddy fields located deep in the mountains in Tokamachi, Niigata Prefecture in June. 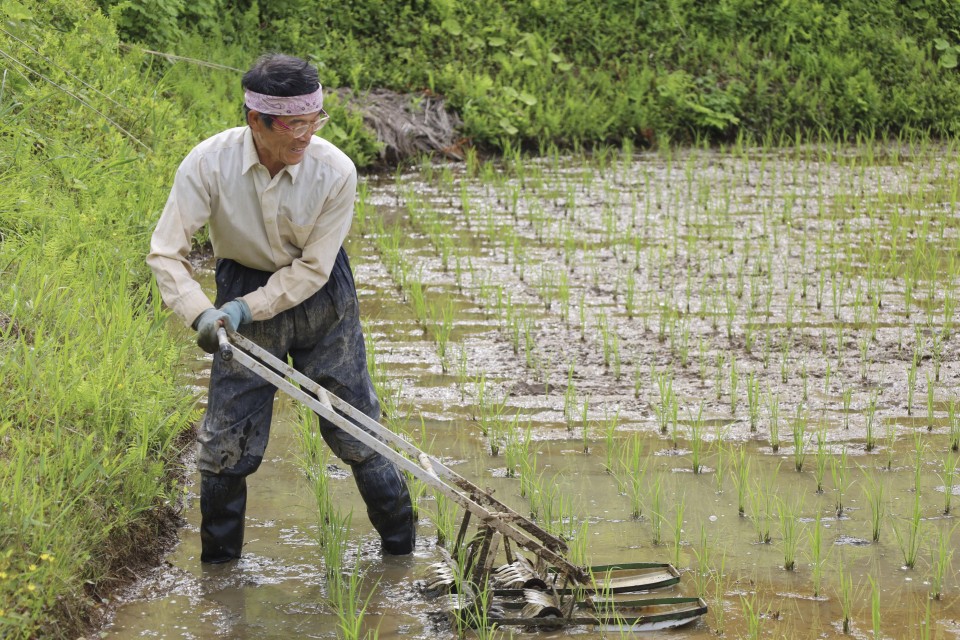 There were no weeds growing between the rice plants, although Hideharu Tobe, 70, does not use herbicides in the paddy, totaling 0.66 hectare in area -- or 6,600 square meters.

He removes weeds regularly, using a wheeled vehicle. According to Tobe, the 0.66-hectare area is the largest manageable size for rice cultivation by manual work alone, yielding a crop of less than 60 percent of that which can be obtained from a conventional rice paddy of the same size.

Rice from the previous year, mixed into the soil to provide nutrients for the newly planted crop, is used as an alternative fertilizer. "I only want to use natural things," Tobe said, adding that he does not drain water from the paddy fields so as not to kill the microorganisms.

Tobe began a life dedicated to self-sufficiency in a rural village after retiring from an automaker. In 2002, he moved to his current home in the city of Tokamachi and started chemical-free rice cultivation. Production was poor in the first year due to blight. 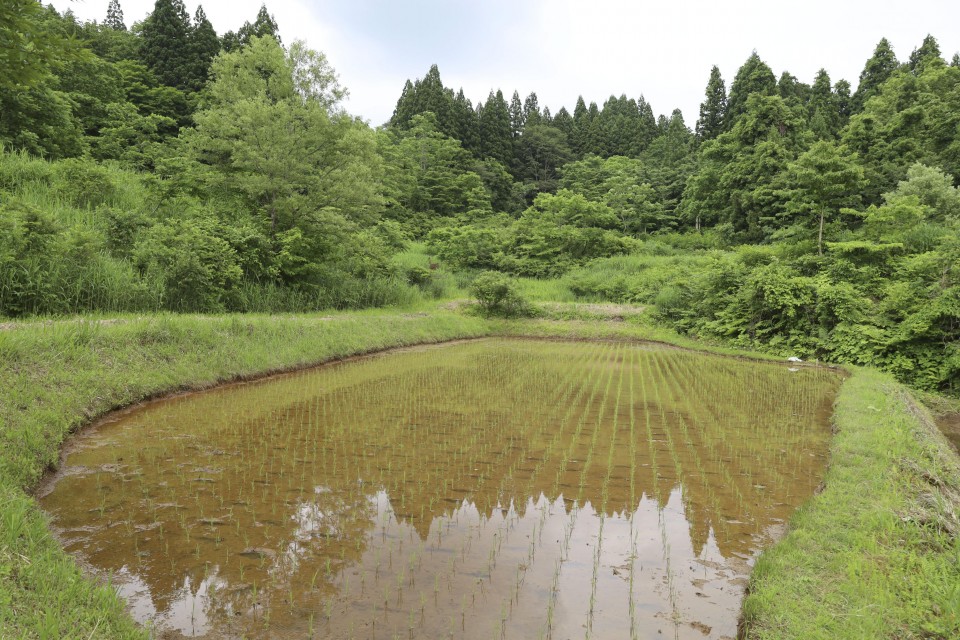 But Tobe continued with chemical- and fertilizer-free cultivation of rice with human power alone. Five years later, a rice shop owner took note of Tobe's rice and asked him to ship it to the shop's outlet in a department store in Tokyo. To Tobe's surprise, his rice fetched as much as 3,000 yen per kilogram.

Akane Shiba, a 39-year-old freelance editor in Minowa, Nagano Prefecture, heard rumors of Tobe's high-end rice and was intrigued. She had been determined for some time to introduce through her editorial work in magazines and mail-order catalogues a product "that is truly high quality and exceptional, not something average that can be found anywhere," she said.

Shiba thought of using Tobe's rice to produce quality sake, believing that its attractiveness could be maximized if combined with Japan's highly touted spring water and proposed the idea to Tobe. 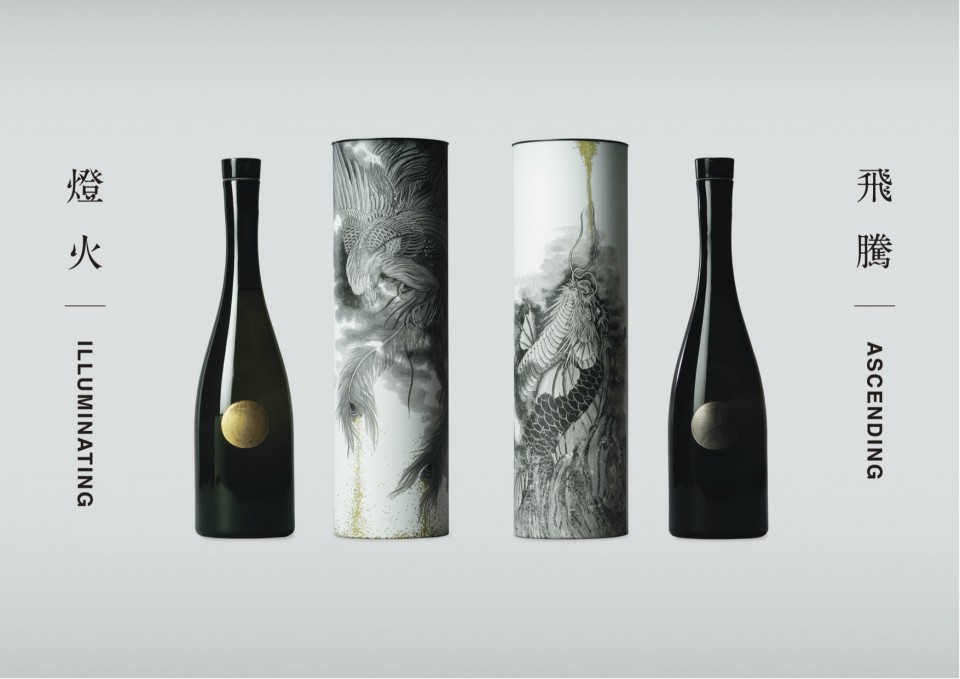 But the Koshihikari brand of rice is normally not used for sake production. So Yoshimasa Ono, 65, owner of Ono Brewery Co., also in Nagano, was initially skeptical when approached by Shiba.

However, inspired by Tobe's example, Ono decided to carefully produce sake under natural temperatures, using a method that does not rely on machines such as air-conditioning. The resulting product tastes quite different from conventional sake made from rice suitable for the beverage.

"It offers the taste of Koshihikari, featuring a mild body and elegant sweetness," Ono said.

Ono has also begun receiving inquiries about the sake from abroad. He, Tobe and Shiba say they aim to deliver the rare product to sake lovers around the world.