A NASA spacecraft that has traveled to asteroid Bennu collected a sample of around 250 grams for delivery to Earth next year, well over its minimum goal of 60 grams, according to a study published Thursday by the U.S. magazine Science. 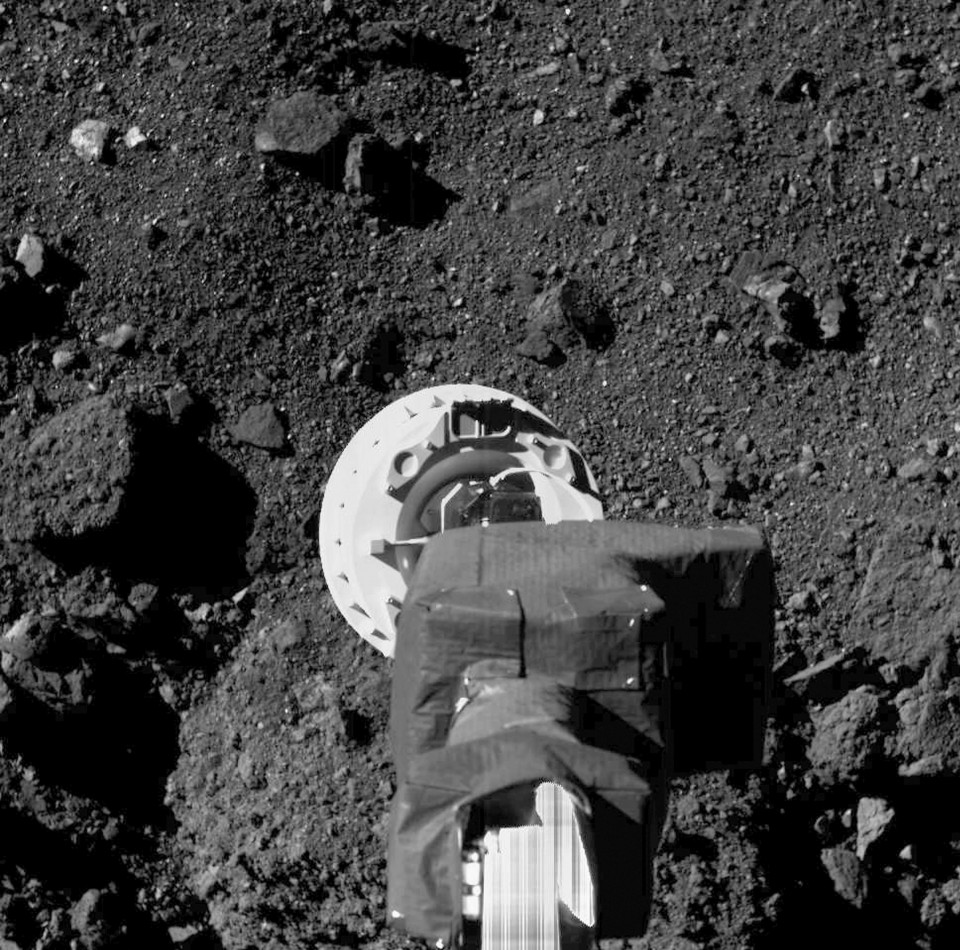 The surface of the asteroid Bennu at a distance of about 40 meters in a photograph by NASA spacecraft OSIRIS-REx, with an arm for collecting rock samples seen extending down from the center. (Photo courtesy of NASA)(Kyodo)

NASA plans to hand over a portion of the sample collected by its OSIRIS-REx spacecraft to Japan's space agency, which previously shared with the U.S. agency some of the material retrieved from asteroid Ryugu by its Hayabusa2 explorer that returned to Earth in December 2020.

The OSIRIS-REx spacecraft conducted the first U.S. mission to collect a sample from an asteroid and return it to Earth. It arrived above Bennu in December 2018 and conducted surveys before touching down on the surface of the asteroid to collect rock samples in October 2020.

The National Aeronautics and Space Administration had intended to obtain a sample of at least 60 grams, with the collected material set to be delivered to Earth in September next year.

Hayabusa2, which is smaller than the OSIRIS-REx craft, brought back around 5.4 grams of material from Ryugu.

The Hayabusa2-collected sample contained more than 20 types of amino acids, which are essential for all living things to make proteins. The discovery supported the idea that the origins of life on Earth came from outer space.