Japan's Hideki Matsuyama dropped to 80th place Saturday after three rounds of the British Open, while Northern Ireland's Rory McIlroy and Norway's Viktor Hovland will share the lead going into the final round.

Matsuyama carded three birdies, two bogeys, one double bogey and one triple bogey for a third-round 76 that put him at 3-over 219 for the tournament, 19 shots behind the leaders who are on 16 under and four clear of their nearest challengers. 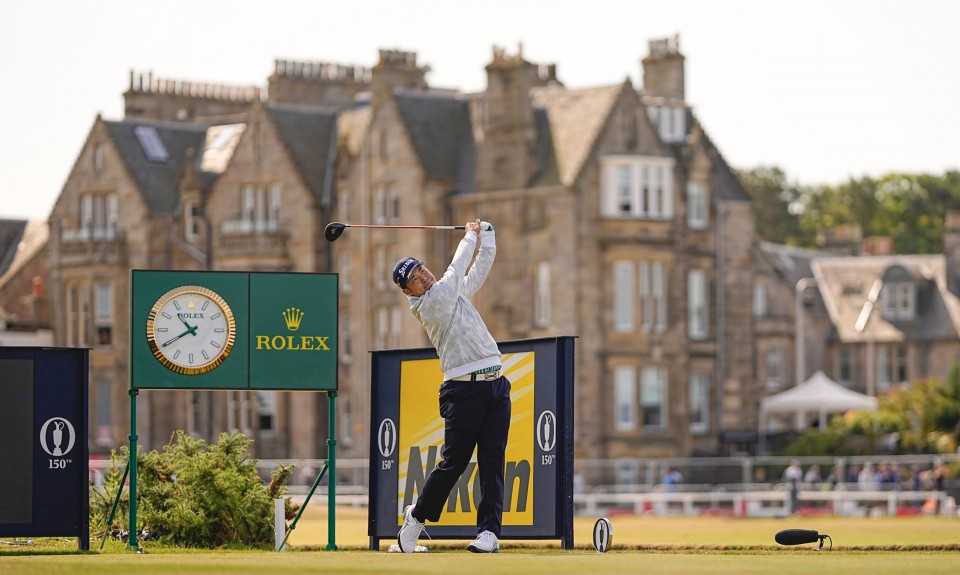 Hideki Matsuyama of Japan hits off the second tee during the third round of the British Open golf championship on July 16, 2022, at the Old Course in St. Andrews, Scotland. (Kyodo)

Also for Japan, Yuto Katsuragawa's 75 brought him to 3-over for the day and 2-under total.

McIlroy is 18 holes away from winning his fifth major title and ending a nearly eight-year major drought while Hovland is attempting to become the first Norwegian to win a major.