Foreign ministers from the Group of 20 major developed and fast-growing economies faced a tough task of overcoming a divide among member states to address global challenges including food shortages posed by Russia's invasion of Ukraine as they started a two-day meeting on the Indonesian island of Bali on Thursday.

With the members adopting different stances on Moscow's war, there were already signs of rifts widening between Western countries and other participants such as China, India and the meeting's host Indonesia as ministers of Group of Seven nations skipped a gala dinner attended by Russian Foreign Minister Sergey Lavrov in protest against the Russian aggression.

Indonesian Foreign Minister Retno Marsudi may issue a statement when the meeting wraps up, but a joint document is highly unlikely given diverse views around the table on the Ukrainian crisis, according to a Japanese official. 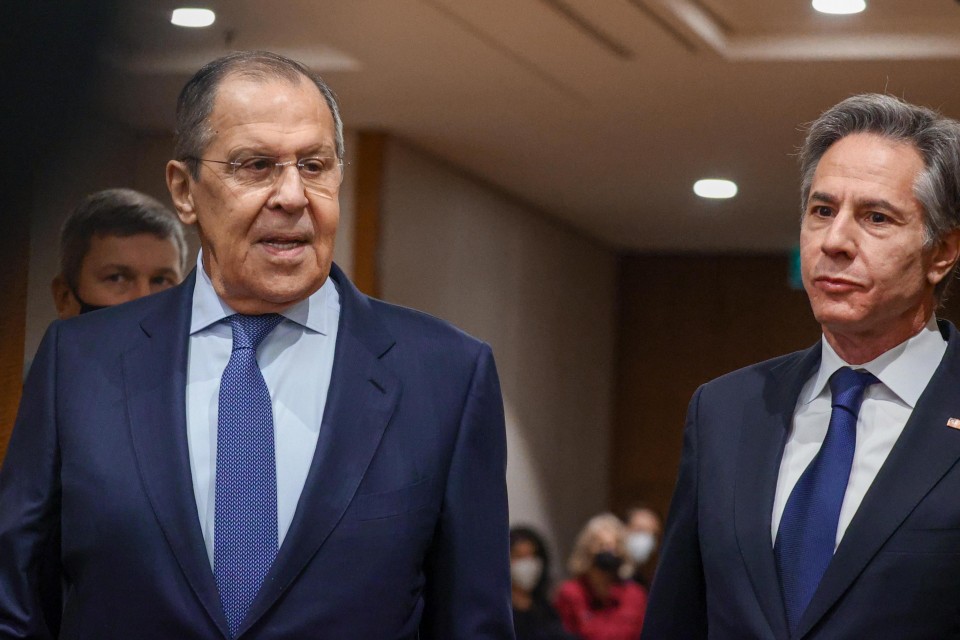 Lavrov, meeting counterparts from countries critical of the war in a multilateral gathering for the first time since the invasion in February, and U.S. Secretary of State Antony Blinken are expected to exchange words at Friday's sessions, where the ministers will discuss cooperation in dealing with rising global inflation.

A bilateral meeting, however, is not planned, according to the U.S. State Department.

Retno told reporters that G-7 countries had told Indonesia ahead of time they would not attend the dinner and that she can "understand their positions" and wants to create a "comfortable atmosphere for all."

Substantive discussions will be held Friday in the Nusa Dua area.

At a meeting of the G-20 finance ministers and central bank governors in Washington in April, the U.S., Canadian and European delegations left their seats when Russian officials, including Finance Minister Anton Siluanov who joined virtually, were about to speak. Japan did not join the boycott.

While the United States, European countries and Japan have been strengthening their economic sanctions against Moscow, some G-20 members such as China and India have not joined in.

Despite such punitive measures led by the United States, Russia has shown no signs of withdrawing its forces from Ukraine.

The Group of Seven countries have criticized Russia for destroying agricultural infrastructure in Ukraine, a major grain exporter, and blockading its Black Sea ports, preventing crops such as wheat and corn from being shipped worldwide.

Food security concerns are growing in some African and Middle Eastern countries highly dependent on Ukrainian grain. The G-7 countries have stepped up accusations that Russia is using food as a "weapon of war," while Moscow has blamed the food and energy shortages on Western sanctions.

On the energy front, the G-20 ministers will address how to strike a balance between tackling climate change and ensuring energy security, including through the diversification of supply.

The ministers are also expected to discuss how multilateral cooperation frameworks should operate, at a time when the Russian invasion has challenged the global order and exposed dysfunction at the United Nations in managing international disputes.

With the aggression in Ukraine raising concern about China's growing maritime assertiveness in the Indo-Pacific region, Hayashi will underscore that the security of Europe is inseparable from that of Asia, according to the Japanese official.

On the sidelines of the G-20 gathering, Blinken will meet with his Chinese counterpart Wang Yi, according to the State Department, as their countries' rivalry in the military, trade and technology fields continues to intensify.

With no plans for Blinken to hold bilateral talks with Lavrov, State Department spokesman Ned Price said, "We would like to see the Russians be serious about diplomacy."

"We would like to have the Russians give us a reason to meet on a bilateral basis with them, with Foreign Minister Lavrov, but the only thing we have seen emanate from Moscow is more brutality and aggression against the people and country of Ukraine," Price said.

Japan, South Korea and the United States are arranging a meeting in Bali of their top diplomats to bolster cooperation in response to the North Korean missile and nuclear threats.