Shohei Ohtani homered in his first at-bat Friday, but it was downhill the rest of the way for the Los Angeles Angels, who lost 8-1 in the opener of their three-game series against the Houston Astros.

Ohtani notched his 18th home run in the first inning off Cristian Javier (6-3), soloing with a high fly ball that soared 120 meters into the stands behind right field at Minute Maid Park. 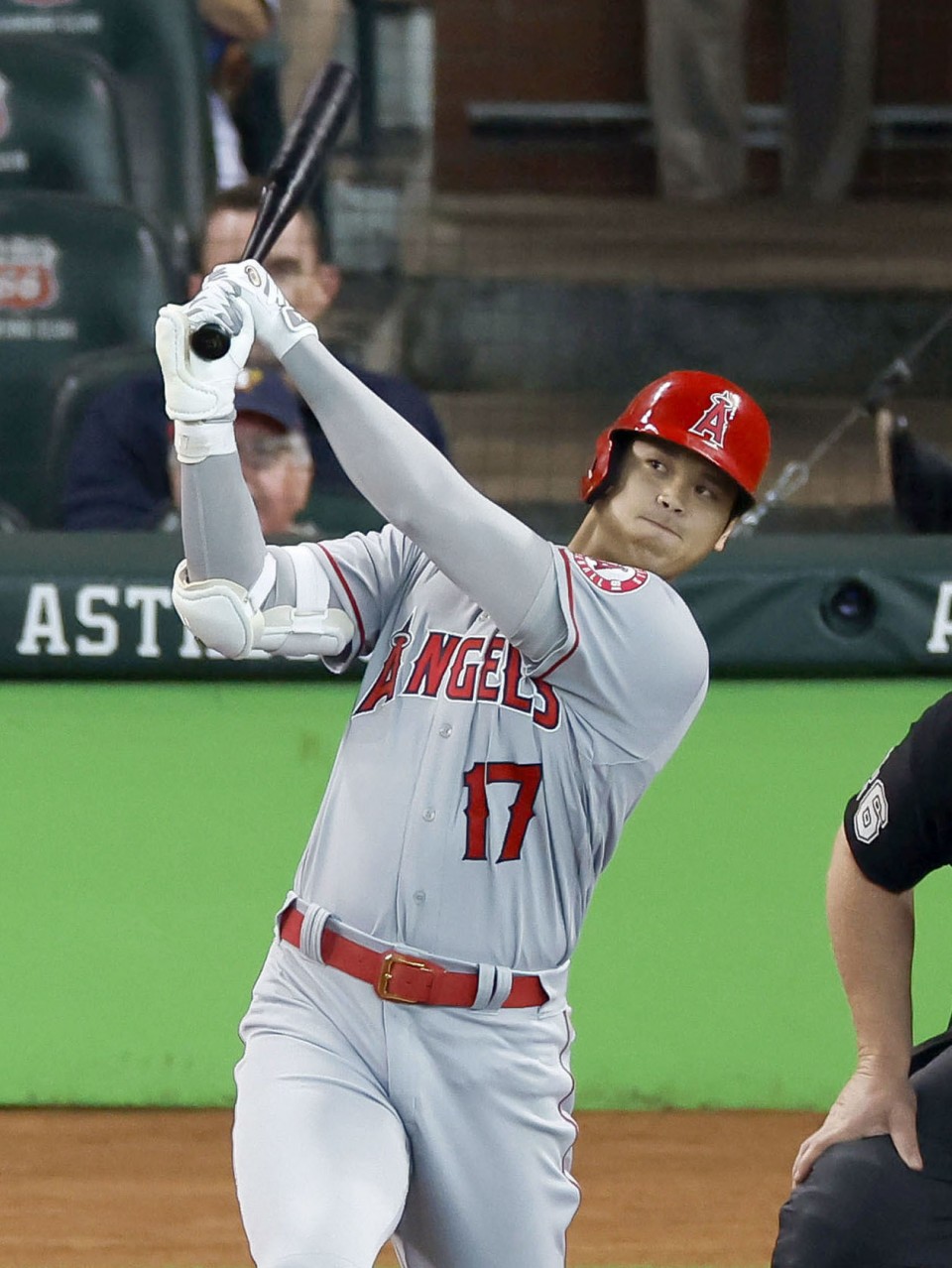 Shohei Ohtani of the Los Angeles Angels hits his 18th home run in the first inning of a game against the Houston Astros on July 1, 2022, at Minute Maid Park in Houston, Texas. (Kyodo)

The Angels quickly squandered the 1-0 lead, with the Astros scoring two runs in the second and another six in the third inning to chase starting pitcher Michael Lorenzen (6-6).

From there, it stayed a lopsided affair, with three Houston pitchers combining to silence the Angels bats over nine innings of two-hit ball.

Ohtani went 1-for-3 at the plate with an RBI. All but two batters in the Astros' starting lineup had at least one hit, and five of them drove in at least one run.

Pittsburgh Pirates infielder Yoshitomo Tsutsugo went 1-for-3 with a two-run home run as he continued his rehab assignment with the Triple-A Indianapolis Indians.

The Japanese slugger, who is coming back from a lumbar muscle strain, also drew a walk in the 13-4 loss to the Nashville Sounds at Nashville's First Horizon Park.

At NBT Bank Stadium in New York, Gosuke Katoh hit his first home run of the season for the Syracuse Mets, the Triple-A affiliate of the New York Mets, in the team's 7-5 loss to the Philadelphia Phillies' Triple-A affiliate, Lehigh Valley IronPigs.