It takes fewer than five seconds for an infant to be retrieved from a "baby hatch" located at a church southeast of Seoul, with nearly 2,000 babies pushed through the door since it was first installed in 2009.

Lee Jong Rak, the senior pastor of Jusarang Community Church, says about 10 employees work on rotation around the clock at the facility located atop a hillside in an old residential district. They check on the baby's wellbeing once it has been placed through the hatch and counsel the parent who put it there. 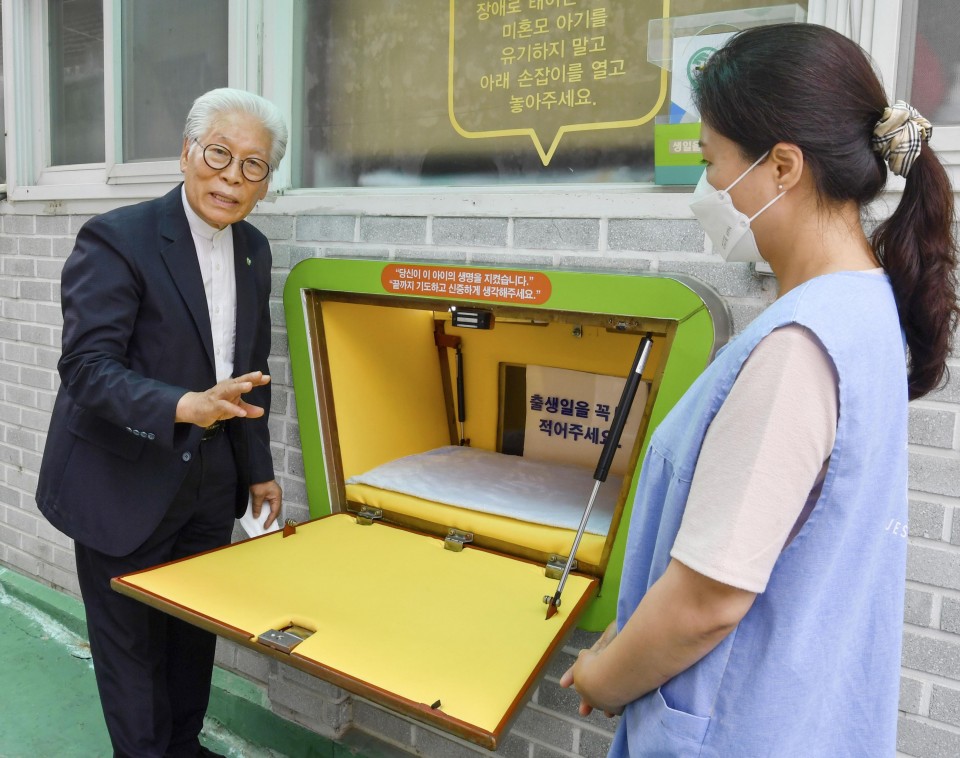 "For example, if a single mother brings her baby here and turns the handle of the door, the sensor of the knob triggers an alarm. Then, the employees whose job is to take care of the baby go straight to the baby box, while those whose job is to give counseling head outside to meet the mother," Lee said.

Unlike in most countries, the South Korean baby drop-off box -- which operates on donations without any public support -- prioritizes counseling single parents. Many of the mostly mothers who use the box say they have no choice but to abandon their babies, but the service helps them rethink the consequences of such a monumental decision.

About 75 percent of those who brought their babies to the box have received counseling from Jusarang Community, 16 percent of whom later decided to take their babies home to raise themselves after being convinced not to give up on parenthood. 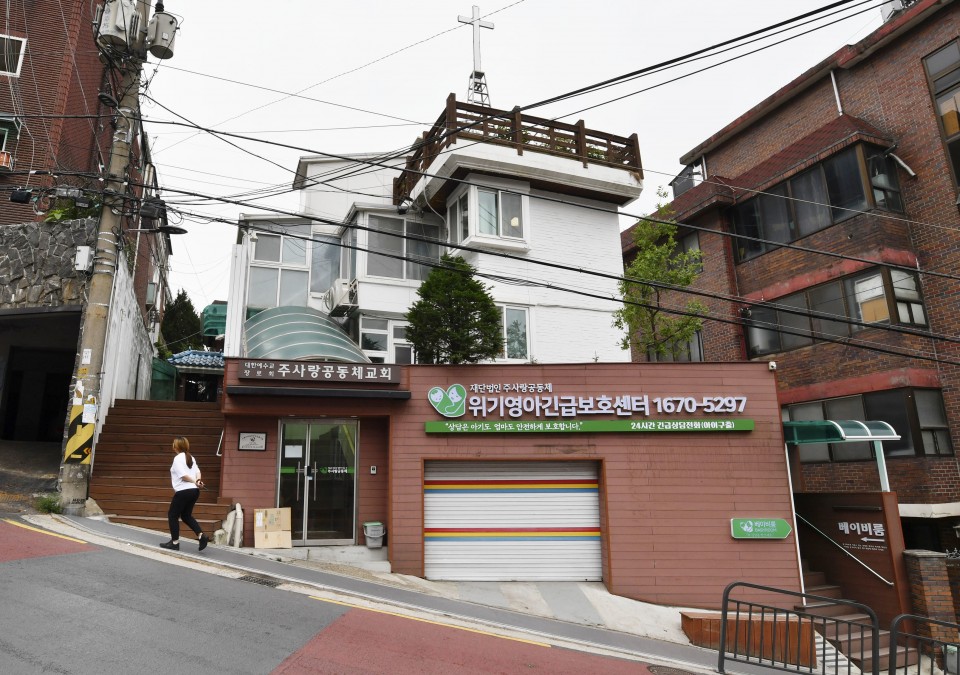 "During the counseling, we commend them for deciding to bring the baby here to be saved, instead of just abandoning it somewhere else to die," said Lee, adding he wants his church to be a refuge for not only the babies but also their parents.

Thanks to the 67-year-old pastor's efforts to protect as many babies as possible, 1,990 infants had passed through the hatch as of July 4 at the church, which inspired Japanese movie director Hirokazu Koreeda's hit film, "Broker."

Lee recalled Koreeda's visit to his church two years ago when he came to hear from the pastor and single mothers who had left infants in the baby hatch. 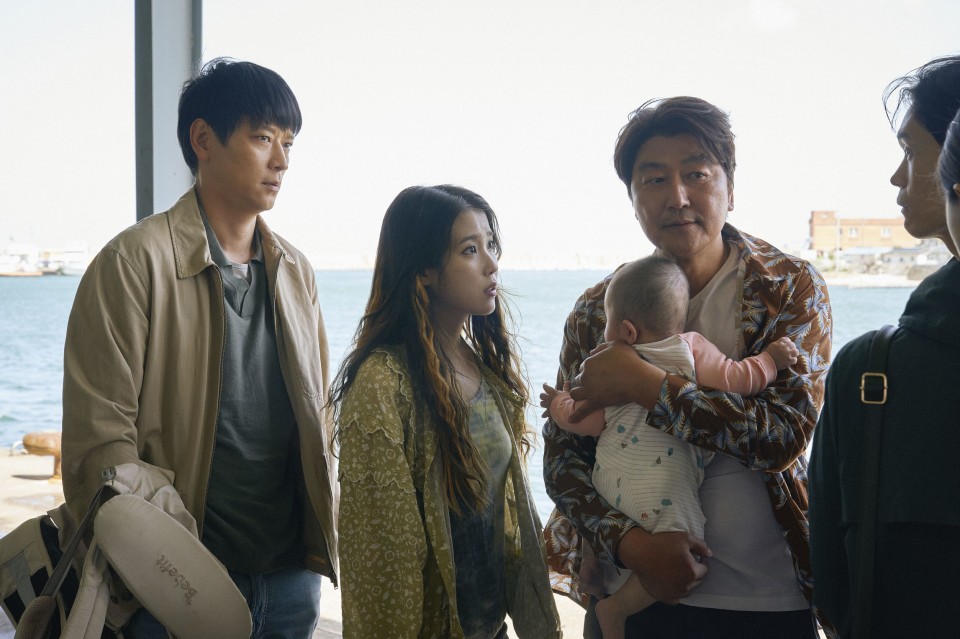 Koreeda, in the first public screening of the movie held in Seoul in May, opens the film with a scene of a mother who brings her infant to a baby hatch, and a police detective who witnesses her doing so reacting negatively to her decision.

"Whether I could change the negative thoughts (the police detective) had toward the mother in a two-hour-long story was important," Koreeda said.

The movie, which casts doubt on the idea that mothers should be held primarily responsible for abandoning their babies, won the Best Actor Award for the role played by Song Kang Ho at the 2022 Cannes Film Festival amid a 12-minute standing ovation. It was released on June 8 in South Korea and June 26 in Japan.

"I only know about the situations in South Korea and Japan, but when talking about such facilities the (people) who are criticized the most are the mothers. What we need now is to question where the responsibility really should lie," Koreeda said.

Lee, in his interview with Kyodo News, also agreed with Koreeda, quoting the proverb, "It takes a village to raise a child."

"To raise a child, the government should give full support. Laws, systems, public affairs, welfare and culture should all work together within a country," Lee said, emphasizing the need to introduce new laws to help build a safer environment for mothers to give birth.

The impetus to launch the baby hatch came in April 2007. A newborn was found on a chilly morning shivering inside a cardboard box in front of the church. Lee thought of a way of protecting such abandoned babies and set up South Korea's first baby box, having been aware of one at Jikei Hospital in Japan's Kumamoto Prefecture.

There were more than 250 babies a year dropped at the church in 2013 and 2014, but in recent years the numbers have fallen slightly due to the opening of an online consultation desk.

Most visitors are unmarried women, 60 percent of whom are in their teens to 20s. In many cases, the women give birth in isolation without being able to contact the man involved or consult with parents or their schools.

Young mothers come from all over the country carrying babies they have birthed in public toilets with umbilical cords still attached or infants soiled with dirt they had tried burying in the mountains before having a change of heart.

"You have come this far because you want your baby to live," Lee says he tells mothers who come with their infants. "You haven't abandoned them. You've saved them."

After babies are placed into temporary custody, the government decides on adoption or foster care facilities, but Lee says his focus is on childcare support for the actual parents. 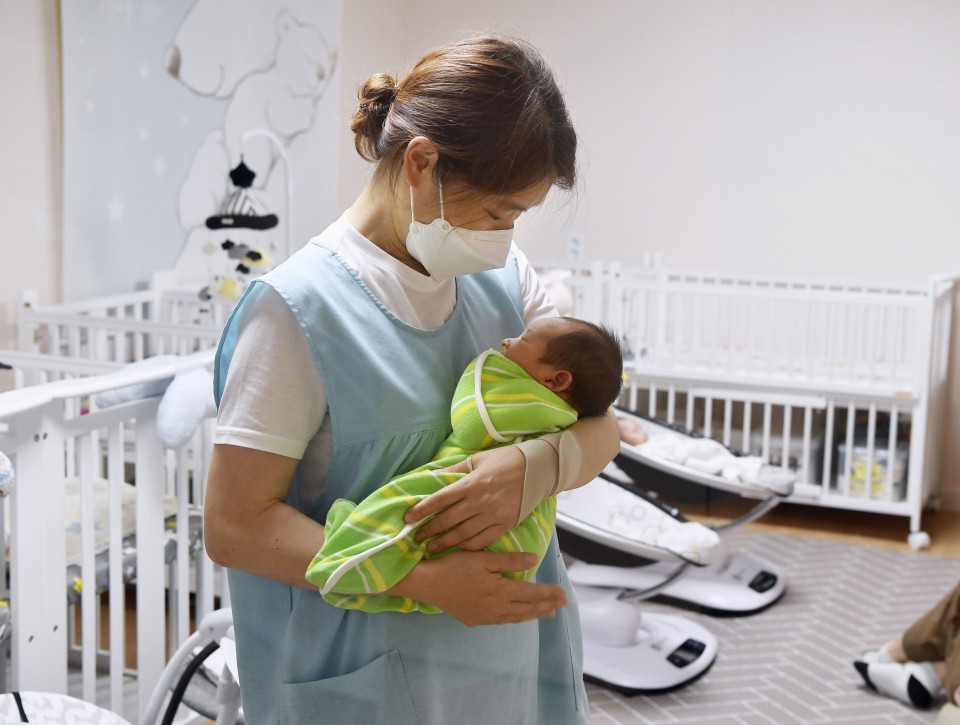 Photo taken on June 20, 2022, shows a staff member holding an infant who was left in the "baby hatch" at Jusarang Community Church located in a residential district southeast of Seoul. (Kyodo)

Although cases of baby death by abandonment are still prevalent, there is a growing recognition that "we are saving babies' lives instead of the government which has been unable to find any countermeasures," Lee said, pointing to a recent survey in which 80 percent of respondents support the baby hatch.

Even so, there is still a deeply rooted negative viewpoint that the church is facilitating the abandonment of babies. Lee counters, "There are no parents who give birth (with the intention) to abandon their babies."

South Korea, in its move to encourage domestic adoption, introduced tighter laws in 2012 to make the process of a child's transfer more transparent. Under the law, parents must register their babies if they want to give them up.

Despite its intention, Lee argues, the law rather caused a surge in the abandonment of babies who cannot be documented, which is why he has been working with experts from various fields, including lawyers and professors, to create a law that could protect mothers and infants who might slip through the cracks.

Four years ago, Lee suggested to lawmakers that they create legislation enabling parents to anonymously register their unwanted babies and track fathers that ran away and refused to support the mothers, but the effort failed.

He hopes "Broker" can play a role in changing the negative public perception of the operation of baby hatches in several countries, including Japan.

"It's actually a life-box for abandoned babies. They are born again there," Lee said.