Japan suffered a heavy 98-52 loss to Australia in the opening round of Asian qualifying for the 2023 FIBA Basketball World Cup on Friday.

University of Nebraska Omaha guard Keisei Tominaga was Japan's lone spark, scoring a game-high 18 points off the bench, including 5-from-11 from behind the arc at Melbourne's John Cain Arena.

The hosts improved to a perfect five wins from five Group B games, while the Akatsuki Five dropped to 1-4, including an 80-64 defeat to Australia in their previous meeting at Okinawa Arena on Feb. 27.

Japan, Indonesia and the Philippines have automatically qualified as co-hosts of the World Cup, tipping off Aug. 25 next year. 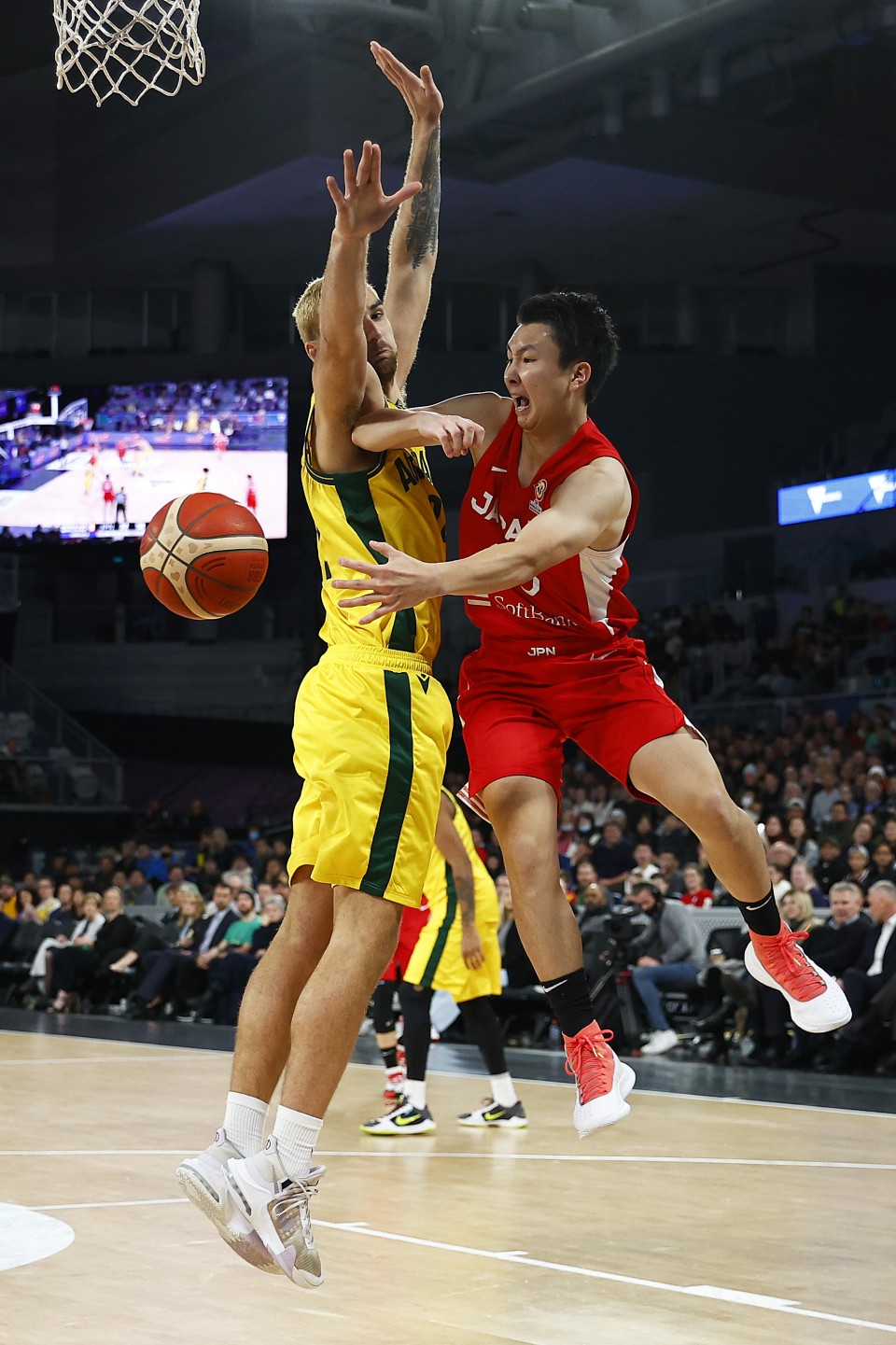 Keisei Tominaga of Japan passes the ball under the basket around the back of Jack McVeigh of Australia during a FIBA World Cup Asian qualifier match at John Cain Arena on July 1, 2022 in Melbourne, Australia. (Getty/Kyodo)

But with the 21-year-old Tominaga providing the only scoring presence, the visitors struggled to find a way around a physical Australian defense that dominated the interior and forced 16 turnovers.

Coach Brian Goorjian's Boomers effectively ended the contest by outscoring Japan 25-4 in the second quarter and taking a 47-17 lead into halftime.

The Tokyo Olympic bronze medalists nevertheless kept their foot on the gas until the end, with Japan only narrowing the final margin thanks to a late scoring flurry.

Japan will return to the same venue Sunday to face Taiwan, which is currently bottom of the group without a win.