The man who shot and killed former Prime Minister Shinzo Abe has told police he test-fired his homemade gun at a facility connected to a religious group he believes has links to the dead Japanese leader, investigative sources said Sunday.

The assailant, Tetsuya Yamagami, said he harbored a grudge against the religious organization after his mother made a "huge donation" to it, according to the sources.

Investigators believe he was testing the weapon's lethality ahead of a planned attack, although further details about the site where he conducted the test are yet unknown. 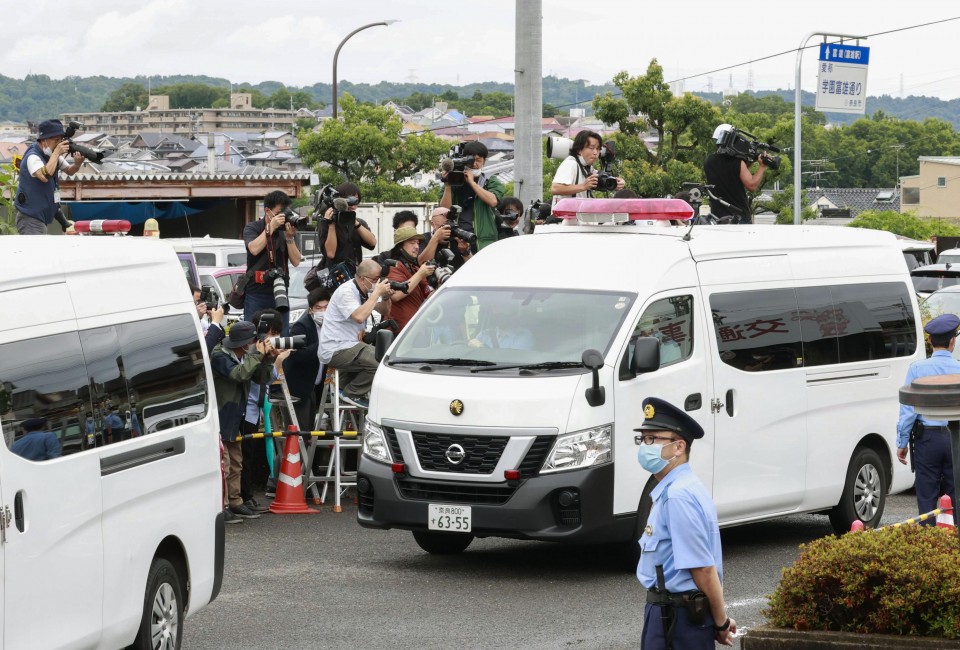 Yamagami denied Abe's political beliefs motivated the shooting but told police he chose to make an attempt on the former Liberal Democratic Party leader's life after initially planning to target an executive of the group.

Japan's longest-serving prime minister was fatally shot as he gave a House of Councillors election stump speech outside a train station in the western Japan city of Nara, just two days before voters went to the polls.

The sources said the gun Yamagami made to shoot Abe on Friday was "designed to fire six projectiles at a time."

The sources said the gun was constructed from two metal pipes held together with tape and used projectiles placed in small plastic shells that were fired from both barrels. Its construction can be compared to a shotgun, they said.

Yamagami, a 41-year-old former member of the Maritime Self-Defense Force, was arrested in the immediate aftermath of the shooting and told police he "made multiple guns." He was sent to prosecutors Sunday on suspicion of murdering Abe.

Abe, 67, died from blood loss, with an autopsy determining there were two gunshot wounds, one to his upper left arm and another to his neck.

According to the sources, multiple wooden boards measuring about 1 square meter each were also found in Yamagami's car. They appeared to have holes potentially caused by his weapon testing.

The suspect reportedly said an aluminum-covered tray found in the vehicle was used to "dry gunpowder." He was also quoted as saying he had attempted to make a bomb, and he appears to have gone through a process of trial and error to make the weapons.

The suspect told police he "wandered around" the vicinity of Kintetsu Railway's Yamato-Saidaiji Station before Abe began speaking.

Security cameras at the station and elsewhere showed him arriving at around 10 a.m., about an hour and a half before the attack, and he was also captured entering multiple shops.