Seiya Suzuki launched a solo homer and scored two runs in a 2-for-4 outing Tuesday as the Chicago Cubs beat the Pittsburgh Pirates 4-2 and extended their win streak to six.

Two-way superstar Shohei Ohtani, meanwhile, blasted his 21st home run of the year to help the Los Angeles Angels blank the Kansas City Royals 6-0 and even their series. 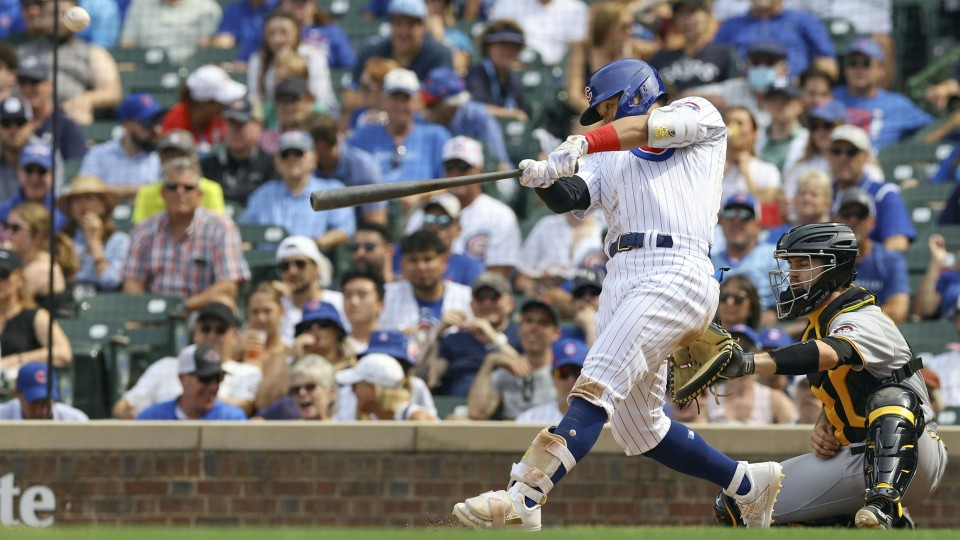 Seiya Suzuki of the Chicago Cubs hits a home run in the eighth inning of a baseball game against the Pittsburgh Pirates on July 26, 2022, at Wrigley Field in Chicago. (Kyodo) ==Kyodo

Suzuki contributed to a three-run first inning for the Cubs at Wrigley Field, lining a double to left off Pittsburgh starter Bryse Wilson (1-6) before coming home on Ian Happ's two-RBI double.

The Pirates rallied to 3-2 on Oneil Cruz's two-run homer in the seventh, but Suzuki pushed the lead back out the following inning with his big fly.

Leading off, the right-handed hitter got hold of reliever Wil Crowe's 0-2 changeup and lifted it 133 meters over center field for his eighth home run.

Japanese slugger Yoshitomo Tsutsugo was not in the Pittsburgh lineup.

At Kansas City's Kauffman Stadium, Ohtani went 1-for-3, scoring two runs, walking twice and stealing a base as he sparked the Angels to a bounce-back victory after the Royals took Monday's series opener 7-0.

The reigning American League MVP put the Halos on the board with his solo bomb in the top of the third, sending a fastball from Kansas City starter Angel Zerpa (2-1) high over center field.

At Fenway Park, Boston Red Sox reliever Hirokazu Sawamura tossed a scoreless fifth and sixth inning in his club's 8-3 loss to the Cleveland Guardians. The right-hander struck out one while allowing two hits and a walk. 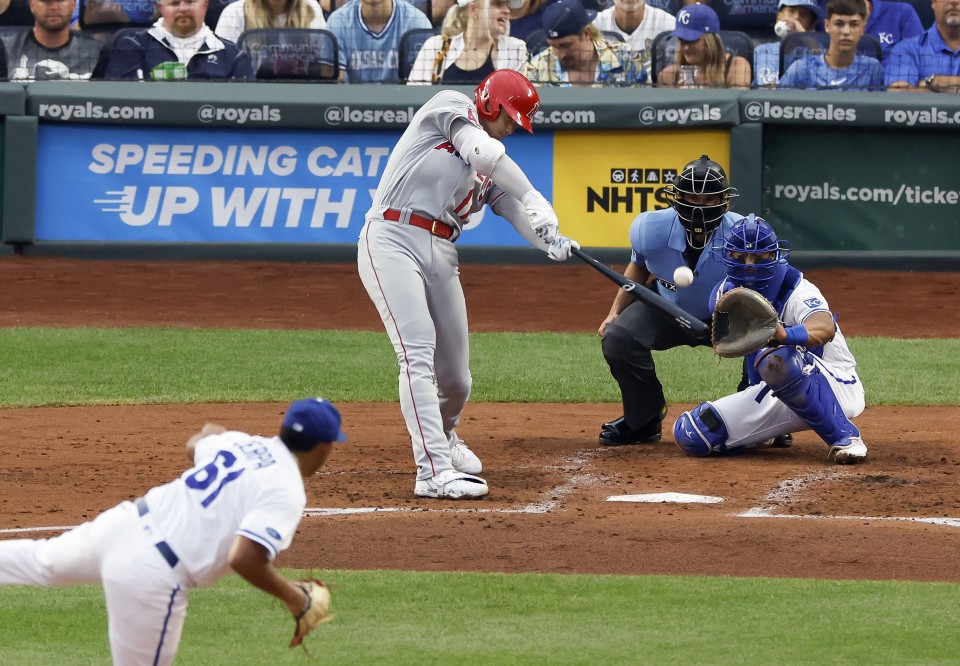 Shohei Ohtani of the Los Angeles Angels hits a home run in the third inning of a baseball game against the Kansas City Royals on July 26, 2022, at Kauffman Stadium in Kansas City, Missouri. (Kyodo) ==Kyodo