Chinese-funded construction of a new national stadium in the Solomon Islands' capital Honiara has encouraged a more favorable view of Beijing, though concerns remain over a controversial bilateral security pact that could see the stationing of Chinese military forces in the South Pacific archipelago.

The small but strategically important nation, which switched its diplomatic ties from self-ruled Taiwan to China in 2019, has been thrust into the forefront of increasing geopolitical competition in the region between China and the United States since it signed the security pact in April. 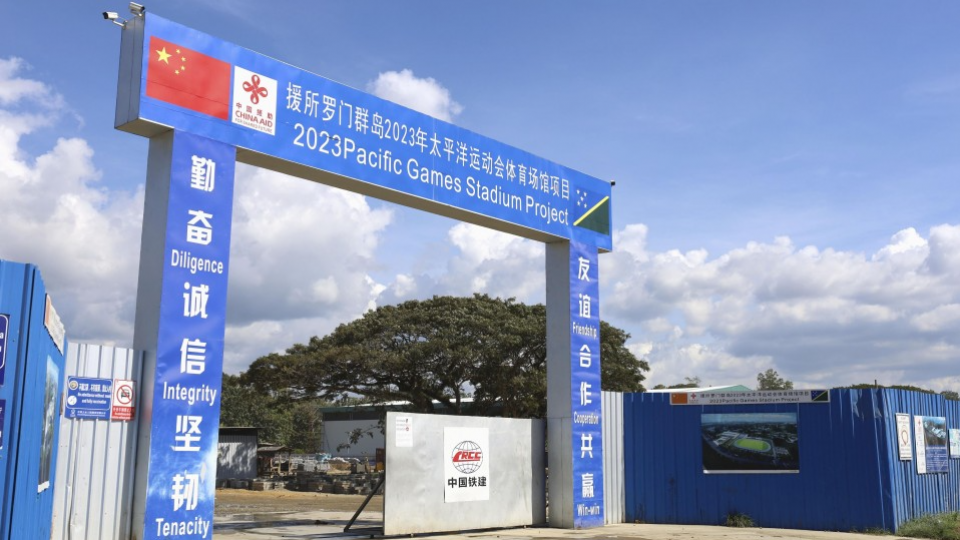 Photo taken in Honiara, the capital of the Solomon Islands, on July 21, 2022, shows China's national flag (top L) displayed on a gate of a stadium construction site. China is building the stadium for the 2023 Pacific Games. (Kyodo) ==Kyodo

According to leaks on social media, the agreement allows for the deployment by China of police, military and other armed personnel as well as the docking of its ships in the islands.

Mary Laua, 38, who lives on a hill overlooking the site of the 10,000-seat stadium being built by China for next year's Pacific Games, originally opposed the security pact but changed her mind after construction commenced.

"It will help a lot in some schools after the Pacific Games. We'll have a proper place to encourage young people in the future," said Laua, who is currently studying at the national university to become a high school teacher.

She remains on the fence regarding some aspects of the deal, however, including the reported granting of permission for Chinese naval vessels to dock in the islands.

"I have a concern too. What is the reason why they come?" she asked, adding that she wonders if China will take over the Solomon Islands. 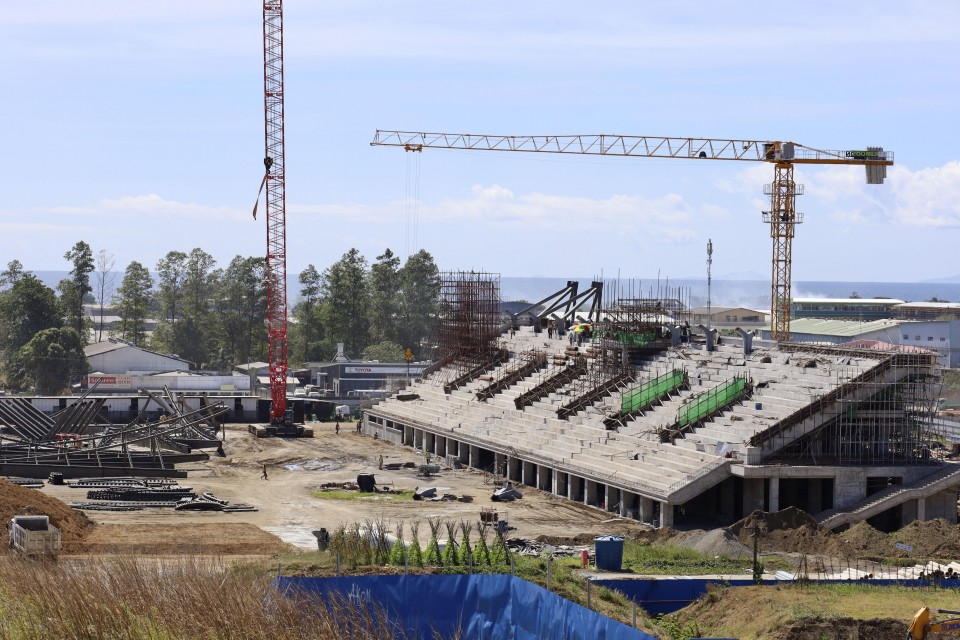 A stadium under construction as part of a Chinese project in Honiara, the capital of the Solomon Islands, is pictured on July 21, 2022. Some events for the Pacific Games will be held at the stadium in 2023. (Kyodo) ==Kyodo

John Bare, who also lives in Honiara, said he does not think the government will allow a military base on the archipelago, adding that it is too early to judge the bilateral relationship formed in 2019.

"Well we are looking at who will keep us safe. If China can care for us then yeah," the 68-year-old said.

The Solomon Islands and China have yet to formally release documents laying out the terms of the agreements they have signed over the past two years, including the security pact.

Douglas Marau, a former press secretary to Prime Minister Manasseh Sogavare and now permanent secretary for the leader of the opposition Democratic Party, said many Solomon Islanders had taken issue with the secrecy surrounding the diplomatic switch and security deal, arguing the public should have been consulted.

"It's a concern hearing from government that most of these things are free gifts," Marau said.

"The MOUs are not made public...because in return for building stadiums, what do we offer to China?" Marau asked, referring to the memorandums of understanding signed by the countries. "(China) is doing everything on their terms."

The national stadium is one of nine major construction projects being funded by China ahead of the hosting by the Solomon Islands of the Pacific Games in 2023. Grants committed by Beijing to fund the games project total around $30 million, according to the Solomon Star newspaper. 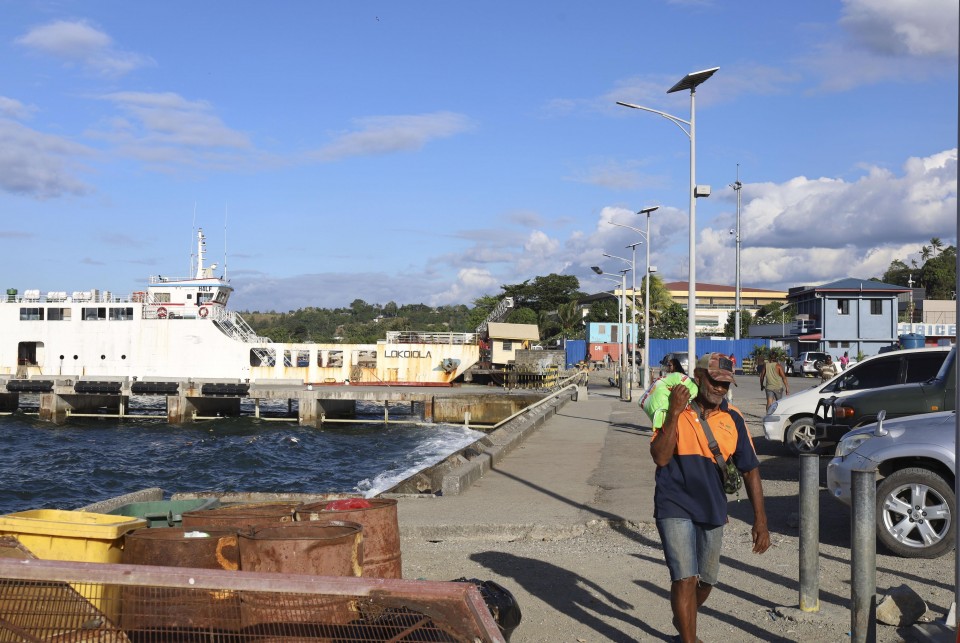 Photo taken July 21, 2022, shows a port in the Solomon Islands' capital Honiara. China is building a stadium in Honiara for the 2023 Pacific Games. (Kyodo) ==Kyodo