As Britain's ruling Conservatives begin a contest to find a new leader and prime minister, experts believe whoever assumes the role will probably be the only European leader to offer front-line defense support to the United States in the event of a conflict with China over Taiwan.

Outgoing Prime Minister Boris Johnson, who leads the center-right Conservatives, is a vocal advocate of upholding a free and open Indo-Pacific and has won plaudits for promptly supplying Ukraine with military support. 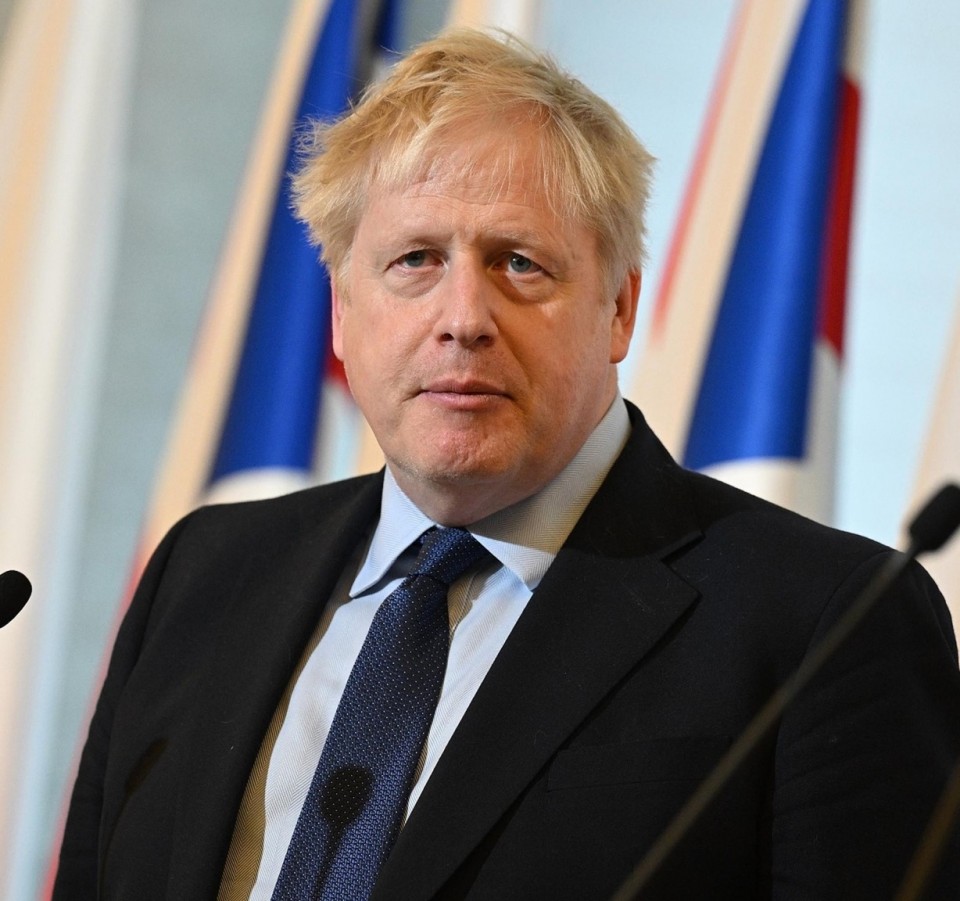 This has raised questions in the media about what support Britain could offer in the face of a Chinese invasion of Taiwan. The Financial Times recently reported that in March that U.S. officials met their British counterparts to discuss the subject.

Foreign Secretary Liz Truss, who is one of the possible successors to Johnson, has talked about the free world working together to help Taiwan defend itself. She has spoken of the need to learn lessons from Ukraine and the risk of China making a "miscalculation" over Taiwan.

The Conservatives have traditionally been strong on defense and have frequently backed U.S. interventions across the world.

It is probable whoever succeeds Johnson on Sept. 5 is likely to lend support to the United States in the event China invades Taiwan, although for some of the candidates, including front-runner Rishi Sunak, the former Chancellor of the Exchequer, trade relations with China may weigh more heavily.

But any British contribution could be limited due to logistical difficulties and the ongoing threat Russia poses to Europe, analysts interviewed by Kyodo News say.

The possibility of other European countries, most notably France, assisting is less likely due to political, commercial and logistical considerations, according to some analysts.

Commentators believe despite the threat from Russia and constrained defense budgets, European nations are likely to maintain their presence in the Indo-Pacific over coming years.

In May, U.S. President Joe Biden said the United States would intervene militarily if China seeks to seize Taiwan, a self-ruled democratic island Beijing regards as a renegade province, by force.

The remarks ran counter to a long-held policy by Washington of maintaining ambiguity over intervention. The United States is opposed to any unilateral change to the status quo of Taiwan and expects differences to be resolved peacefully.

Euan Graham, a senior fellow for Asia Pacific security at the International Institute for Strategic Studies said, "The United States wants dependable allies that they can build into their contingency planning and the key countries are Japan and Australia, but beyond that there are very few countries in the region the U.S. could depend upon."

"I think that would also extend to the Europeans just because they are so far away," Graham said.

He believes Washington's "optimal expectation" is London will dispatch a "big asset" possibly an aircraft carrier, submarine or amphibious task force in the event of a crisis.

"But the ability of Britain to send a task force is contingent upon the situation in Russia. If it deployed at strength to the region that could create a potential vacuum in the Atlantic," he said. "And, in the context of a still viable Russian submarine capability, would the Royal Navy be willing to risk that and potentially be unable to surge resources if they were urgently needed closer to home?"

Graham feels Paris is less likely to assist Washington because it has traditionally set a "high bar" for joining U.S.-led operations, particularly so far away from home. 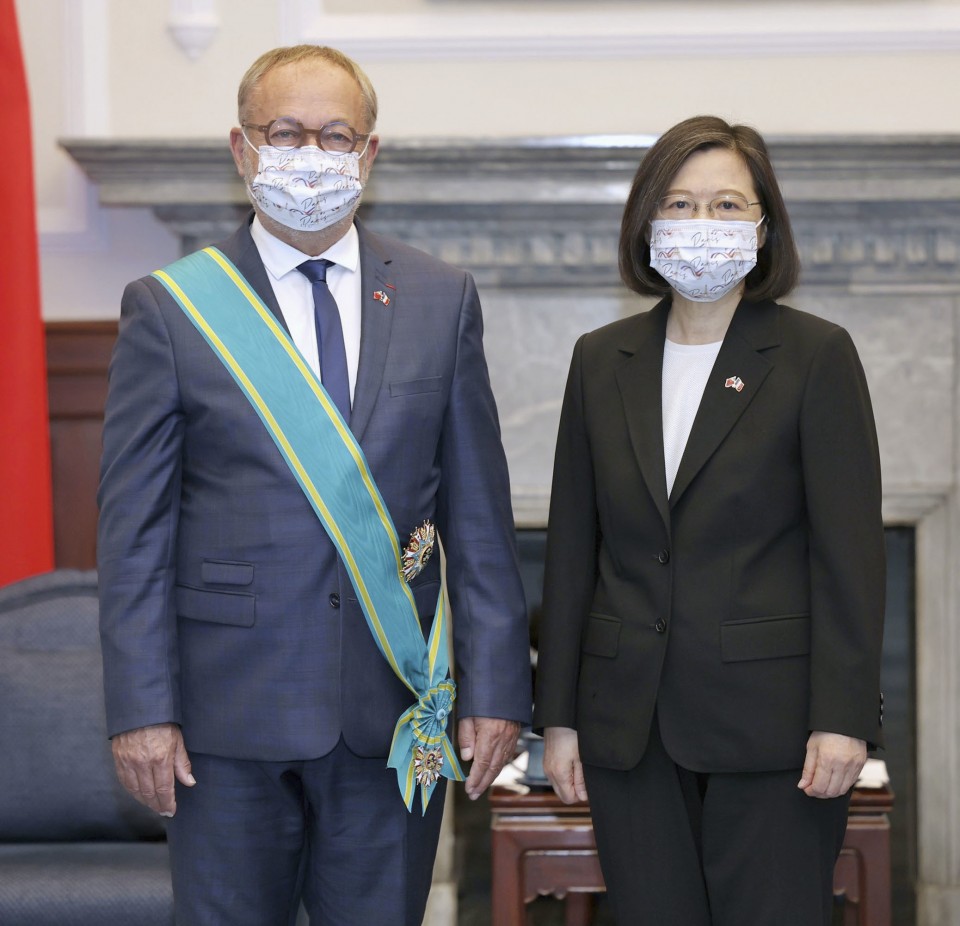 In addition, the recent decision by Canberra to pull out of a deal with France for nuclear submarines and hand over the contract to the United States and Britain as part of the AUKUS arrangement has complicated relations.

He said France may offer background support and intelligence because it has several territories and a military presence in the region already.

Jon Grevatt, head of Asia Pacific news at Janes, the global agency for open-source defense intelligence, believes Britain will, at least initially, restrict itself to offering "back-end support, like logistics."

But Grevatt said given the evidence of London's full-throated support for Ukraine, Britain could well end up taking a more front-line role over Taiwan, following pressure from Washington.

However, he said, "There would be massive logistical problems having British forces in the region. They have expanded their naval fleet, but it's a lot of show at the moment."

"There isn't any real great capability in terms of forward operating bases or logistical hubs. Britain would have to rely on some of their big transport ships and big aircraft in bringing in defensive equipment. It would be slow and cumbersome."

Grevatt does not see any appetite from other European countries to get involved due to their close commercial ties to China.

This has been shown by the fact that over the past decade, European Union defense sales to Taiwan have been "virtually nil" for fear of provoking China, he claims.

Simon Chelton, a former British defense attache in Tokyo and an associate fellow of the Royal United Services Institute, a defense think tank in London, said, "If the intelligence warning time were to be similar to that seen in Ukraine, then some European countries might contribute intelligence, maritime and air assets generally to the region."

Chelton said, "There is no reason to believe that war in Ukraine has changed the underlying logic behind the U.K.'s independent review, published in 2021, which identified the tilt to the Indo-Pacific as a response to global challenges and interests."

Experts agree that it would make sense for European nations to pool their resources in order to provide a larger, permanent presence, but it is likely conflicting national interests will make this impossible.

Graham said, "France is not going to prioritize cooperation with Britain in the Indo-Pacific. France is in a competitive and defensive mindset following the row over the defense technology agreement between Australia, Britain and the United States, or the AUKUS."