Record 15,000 people transported to hospital in June in Japan due to heat

A historic June heat wave caused more than 15,000 people to be taken to hospital in an ambulance across Japan with heatstroke or heat exhaustion, a record high for the month, according to preliminary government data.

The number of people treated in June totaled 15,657, the highest since comparable data became available in 2010, the Fire and Disaster Management Agency said Tuesday, more than doubling the previous high of 6,980 recorded in 2011. 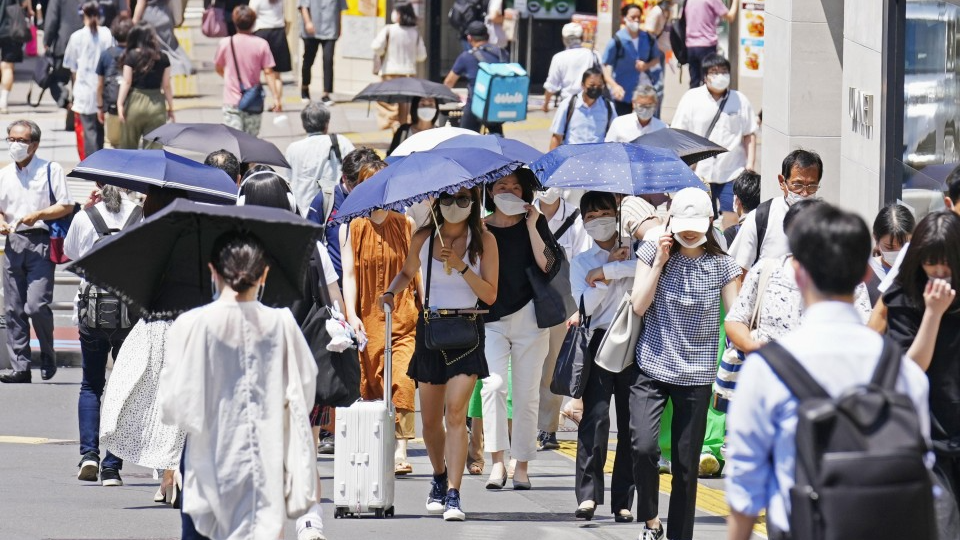 People walk, with some holding parasols, in the sweltering heat in Tokyo's Shinjuku area on June 28, 2022. (Kyodo) ==Kyodo

About 70 percent of cases were registered in the week between June 24 and 30, when the population sweated through a heat wave. In the month, a record high June temperature was marked at 338 of the Japan Meteorological Agency's 914 observation station.

A record 17 people died after being transported to hospitals, surpassing the 14 that died in 2011.

"On top of the unusual heat wave, some people may have had difficulty adjusting to the sharp rise in temperature," an agency official said, calling on people to stay hydrated and take frequent breaks to avoid heatstroke.

Of the total, more than 50 percent were aged 65 or older, while 40 percent developed symptoms at home.

The data showed 439 people suffered symptoms that required a more than three-week stay in a hospital, while 5,261 people had moderate symptoms and were kept in hospital for a shorter period of time.

The cumulative number of people transported to hospitals from May 1 to July 3 was 24,495, rising 3.4-fold from a year earlier, according to the data.