A record 35 women won seats in Sunday's House of Councillors election in Japan after votes were tallied Monday, breaking the previous record of 28 set in 2016 and matched in 2019.

The result reflects a slow but gradual change in the country's male-dominated political landscape, with the number of female candidates who ran in the triennial election also the highest ever at 181. 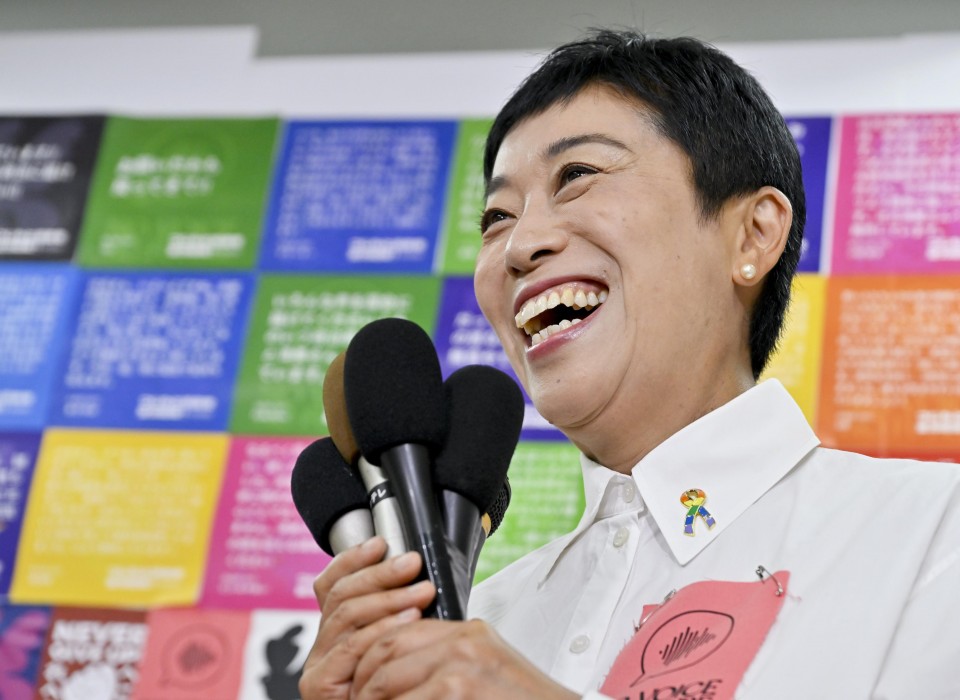 Kiyomi Tsujimoto of the opposition Constitutional Democratic Party of Japan speaks to reporters in Takatsuki, Osaka Prefecture, after being assured of winning her seat in the House of Councillors election on July 10, 2022. (Kyodo)

"I'm glad," said Kiyomi Tsujimoto, former deputy leader of the CDPJ. Tsujimoto switched to being an upper house candidate after being elected seven times to the House of Representatives but losing her seat in last October's general election.

"I wanted to return to the Diet quickly and become somebody who solves society's problems," the 62-year-old said.

The number of female candidates also equated to the highest ever ratio of women to run for a seat at 33.2 percent, surpassing 30 percent for first time in postwar Japan in either the upper or lower house. The figure however, was still short of the government's goal for the ratio to reach 35 percent by 2025.

Opposition parties especially achieved high female candidate ratios in the Sunday's election, with the Japanese Communist Party and the CDPJ at over 50 percent, followed by the Democratic Party for the People at a fraction above 40 percent.

The LDP was lower at 23.2 percent, but reached its goal of having women represent 30 percent of its candidates in the proportional representation section.

"We can see that the political world tried to respond to the social movement toward diversity, as the number of women increased through parties being positive about the quota system that called for a certain number of female candidates," said Toko Tanaka, a University of Tokyo professor familiar with gender issues.

Highlighting that Japan is known internationally for its gender inequality in the political and corporate world, Tanaka said she "would like each party to work on solving the issue by listening to the voices of those who voted in the election." 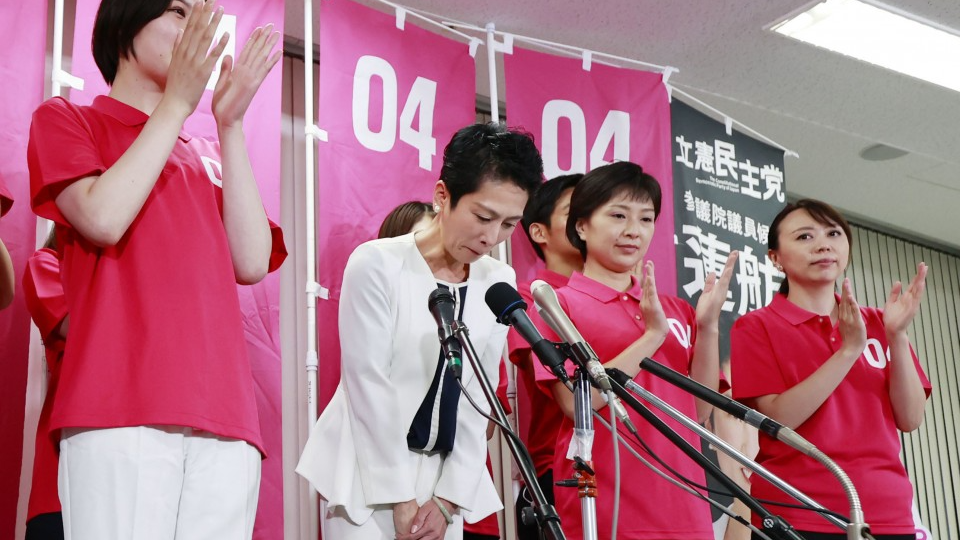 Renho (2nd from L) of the opposition Constitutional Democratic Party of Japan takes a bow in Tokyo after being assured of winning her seat in the House of Councillors election on July 10, 2022. (Kyodo) ==Kyodo