The Unification Church's links to Japanese lawmakers has emerged as a major political issue ahead of an extraordinary parliamentary session in the fall, following the assassination of former Prime Minister Shinzo Abe, with opposition parties moving to probe such ties including within their own ranks.

Abe's assailant has said he held a grudge against the religious group because large donations his mother had made to it ruined his family, and he thought Abe was linked to the group, according to investigative sources.

The veteran lawmaker had sent a video message to a related group's gathering held in September, and the suspect said he watched it on the internet, the sources said. 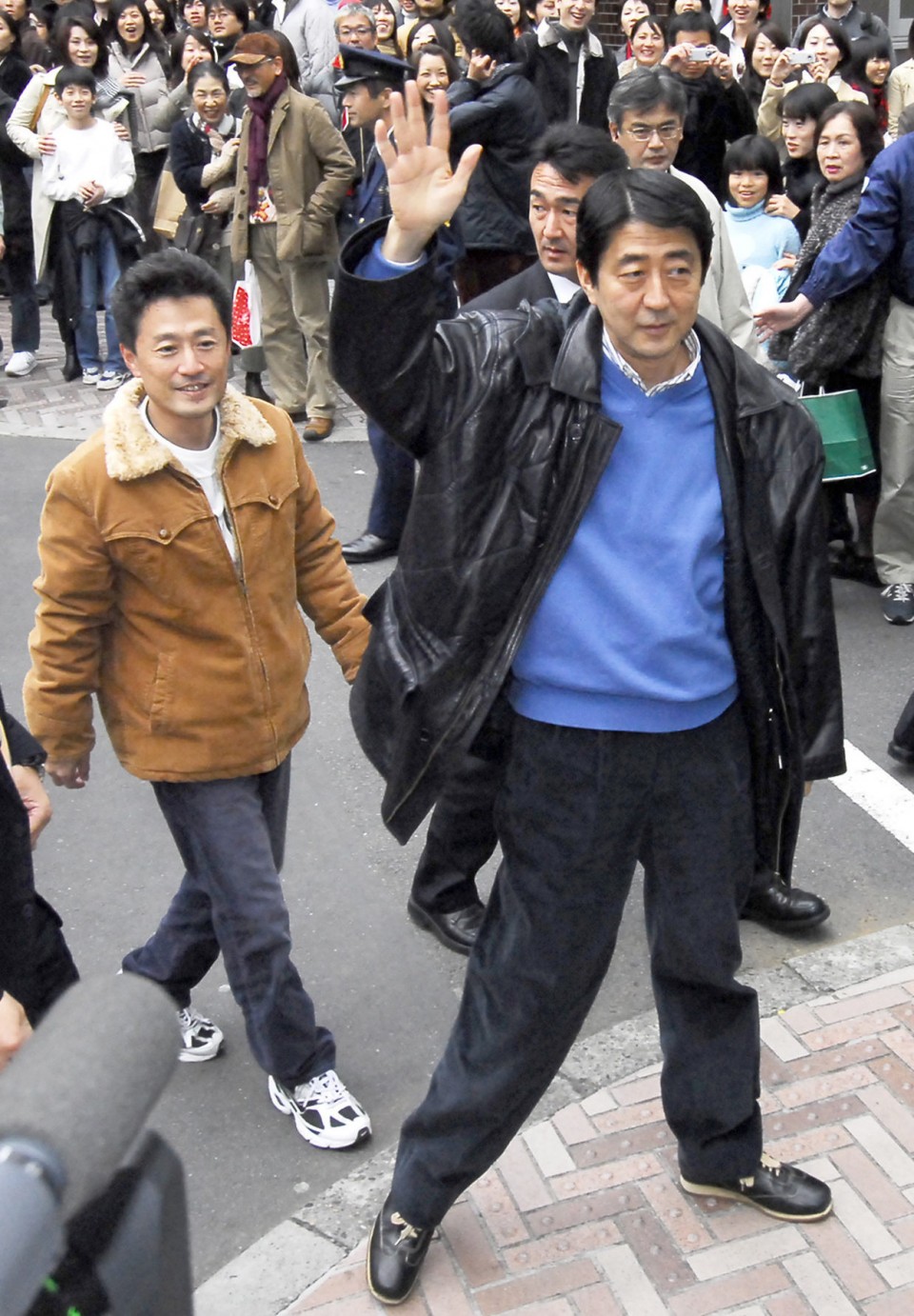 File photo taken in November 2006 shows then Japanese Prime Minister Shinzo Abe (R) waving to the crowds on the streets of Shibuya in Tokyo, during his first term as premier. Abe was accompanied by his close aide Yoshiyuki Inoue (L). (Kyodo)

The assassination of Japan's longest-serving prime minister has shed a fresh light on the church's involvement in politics, decades after the group founded by a staunch anti-communist, widely known for its mass weddings, drew scrutiny over its so-called spiritual sales, in which people were talked into buying jars and other items for exorbitant prices.

Sun Myung Moon, the founder of the Unification Church, also founded the International Federation for Victory over Communism, a political group, in Japan in 1968.

Many Liberal Democratic Party lawmakers are said to have connections with the church. It remains to be seen, however, what, if anything, the ruling party intends to do about the matter.

Some LDP lawmakers have begun disclosing their connections with the church, known formally as the Family Federation for World Peace and Unification. 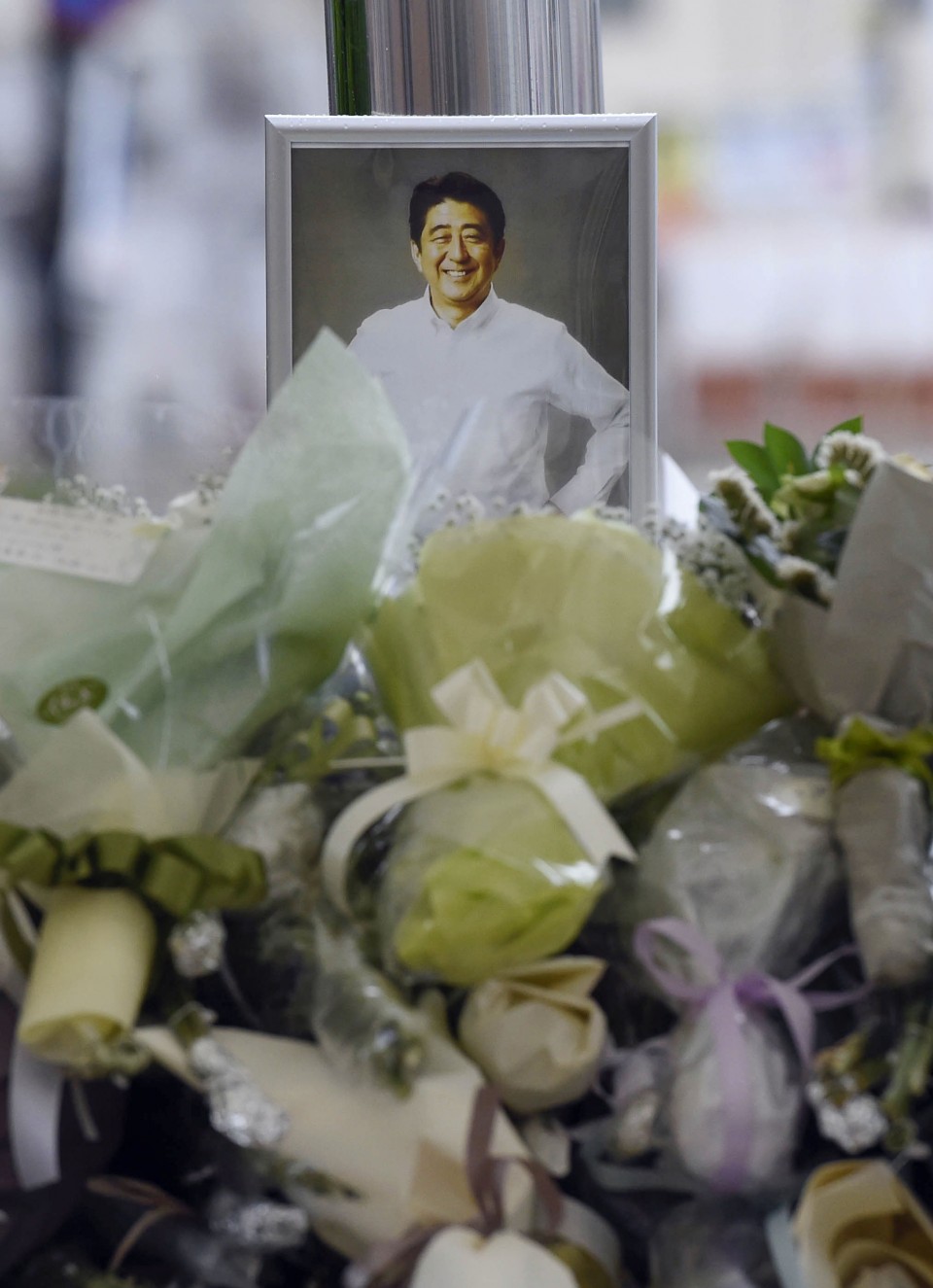 A flower stand is pictured near the scene of former Japanese Prime Minister Shinzo Abe's assassination in Nara on July 14, 2022. Abe was shot on July 8 during an election campaign speech. (Kyodo) ==Kyodo

Yoshiyuki Inoue, an LDP upper house lawmaker who was just elected this month, has said he is an informal member of the church, but not a religious follower. Inoue was a political affairs secretary to Abe during his first stint as prime minister from 2006 to 2007.

In a statement to Kyodo News, Inoue said he became an informal member because the group approved of his legislative policies. He denied receiving or making donations, or paying membership fees, or being asked to do so. 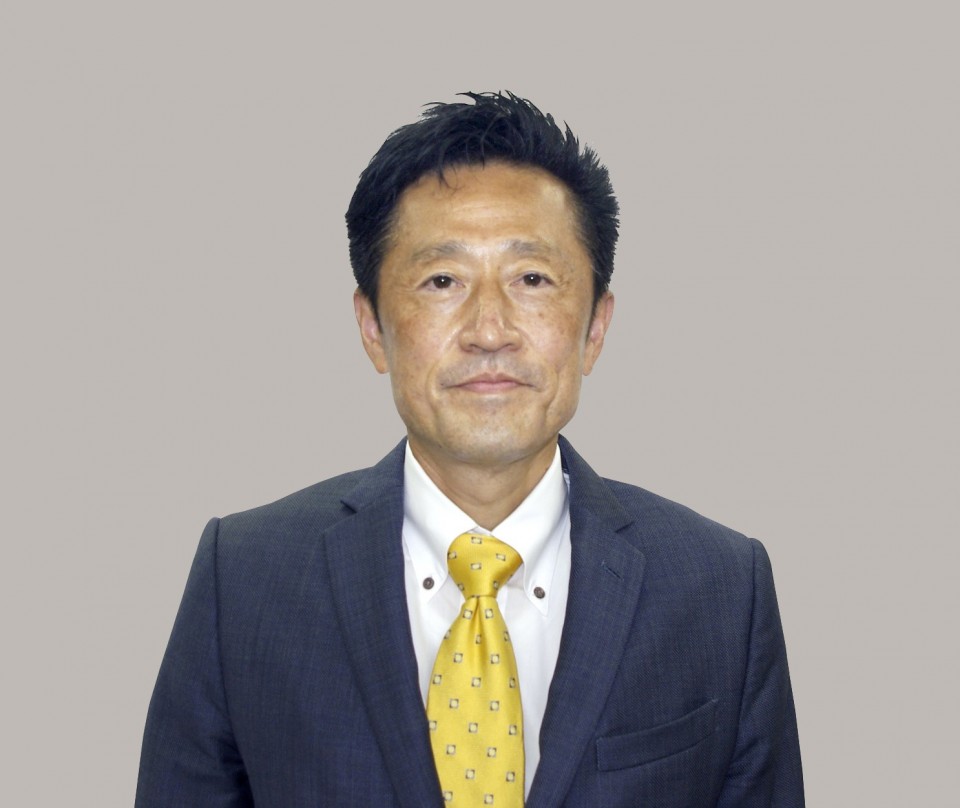 Education minister Shinsuke Suematsu, also an LDP House of Councillors member, acknowledged Friday that two people from the church had bought tickets for his fundraising parties between 2020 and 2021. He denied doing favors for the church or getting help from it during election campaigns.

The opposition has begun efforts to investigate the scope of the links between the church and lawmakers.

The Japan Innovation Party plans to ask its lawmakers if they are connected and disclose its findings, following reports that one of its lawmakers had links to the church.

The Democratic Party for the People says it may need to take action if problems are uncovered internally. Its leader, Yuichiro Tamaki, has admitted receiving a donation from a former president of Sekai Nippo, a publication known to have close ties to the Unification Church.

The Japanese Communist Party on Thursday held the first meeting of an investigative team set up to look into lawmakers' links to the church. Akira Koike, head of its Secretariat, pledged to pursue the matter in parliament to uncover cases of "collusion."

The main opposition Constitutional Democratic Party of Japan will mainly look into the possible damage caused by the group and its activities.

The National Network of Lawyers Against Spiritual Sales (Japan) was established in 1987 to help victims of spiritual sales. According to the lawyers, such sales typically involve followers of the Unification Church who randomly approach people on the street and offer free fortune-telling without identifying themselves as members of the church. They later urge their targets to purchase expensive items, often seals, to "shake off bad karma" created by their ancestors.

The mother of Tetsuya Yamagami, accused of assassinating Abe, donated 100 million yen ($735,000) to the church. She said she was making donations "to comfort the spirits of family members," according to Yamagami's uncle.

It is unclear whether the LDP will follow the opposition parties and launch an internal investigation into links with the religious group, often identified as a "cult" in the United States and Europe.

"We must behave ourselves," Hakubun Shimomura, a joint acting chairman of Abe's party faction and former chairman of the LDP's Policy Research Council, told reporters with regard to the party's links to the church.

Former Defense Minister Tomomi Inada, an LDP lower house member, has said she made remarks at a gathering of a group related to the church in 2009, but denied receiving support from the church due to disagreements with it over the rights of sexual minorities. 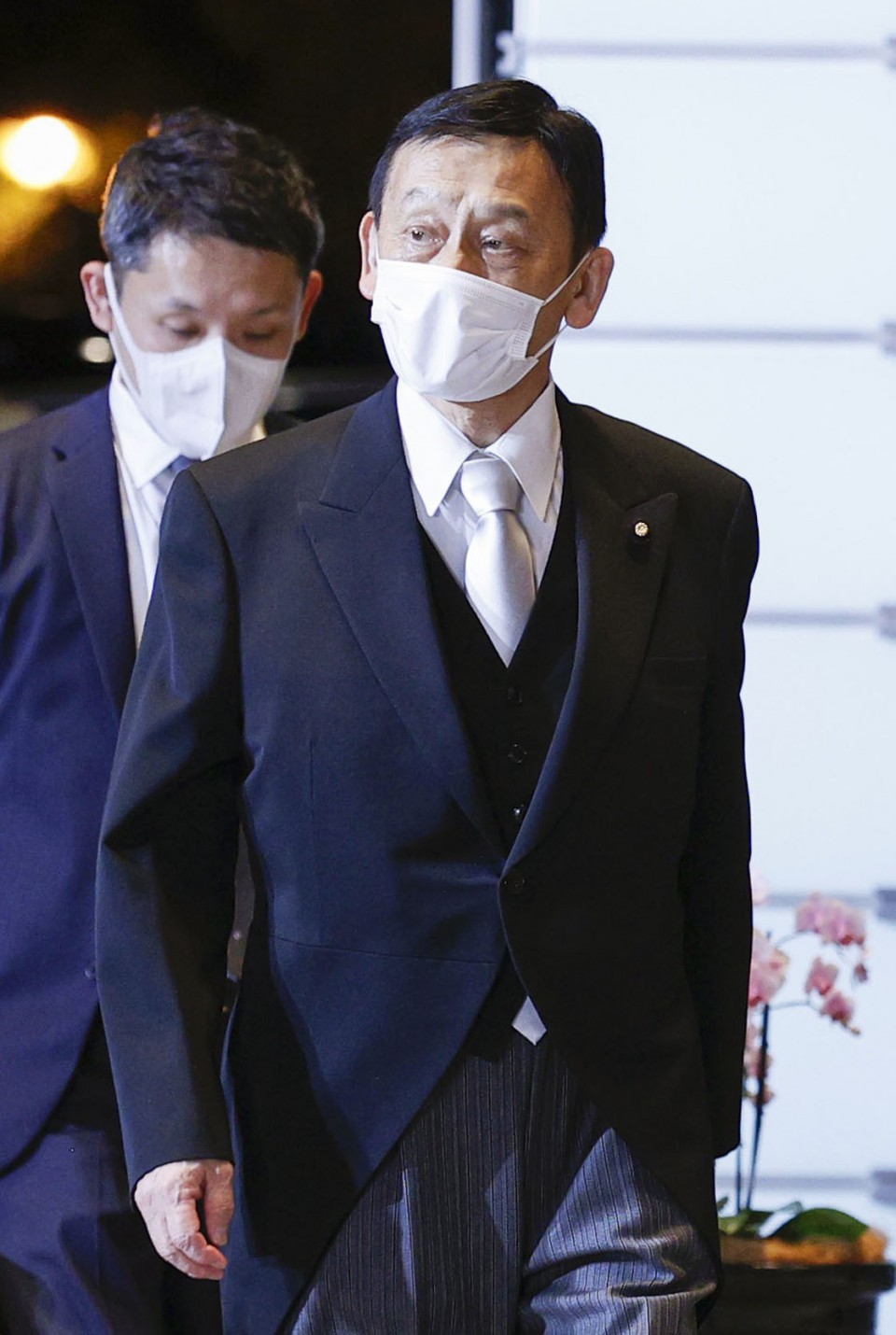 Japanese Education, Culture, Sports, Science and Technology Minister Shinsuke Suematsu arrives at the prime minister's office in Tokyo on Oct. 4, 2021, before his attestation ceremony at the Imperial Palace. (Kyodo) ==Kyodo

Iwate Gov. Takuya Tasso recently criticized the LDP, saying the party and its lawmakers have received support during elections from groups related to the church.

"A specific religious group and its related groups have collected outrageous amounts of donations and are affecting election results and government policies," said Tasso, himself a former House of Representatives lawmaker, at a news conference on July 15.

There are similarities between proposals made by the anti-communist group launched by Moon and the political philosophy of Abe and other conservative members of the LDP. Both have pushed for revisions to the Constitution and boosting Japan's defense capabilities, and both oppose the legalization of same-sex marriage.

In the video message to the Universal Peace Federation, a nongovernmental group founded in New York in 2005 by Moon and his wife, Hak Ja Han Moon, the current leader of the church, Abe expressed his "respect" for Han Moon's efforts toward peaceful unification of the Korean Peninsula.

Asked if the church had made political donations to the LDP, Tomihiro Tanaka, head of the church's Japan branch, told reporters on July 11 that "no money has moved from the LDP to this entity, or from this entity to the LDP."