Tokyo Gov. Yuriko Koike joined Tokyo Olympic and Paralympic athletes and volunteers Saturday for a ceremony at the National Stadium to mark the first anniversary of the games' start.

Koike was joined by Seiko Hashimoto, the Tokyo Games organizing committee's final president, one year after the opening ceremony was held at the same venue. 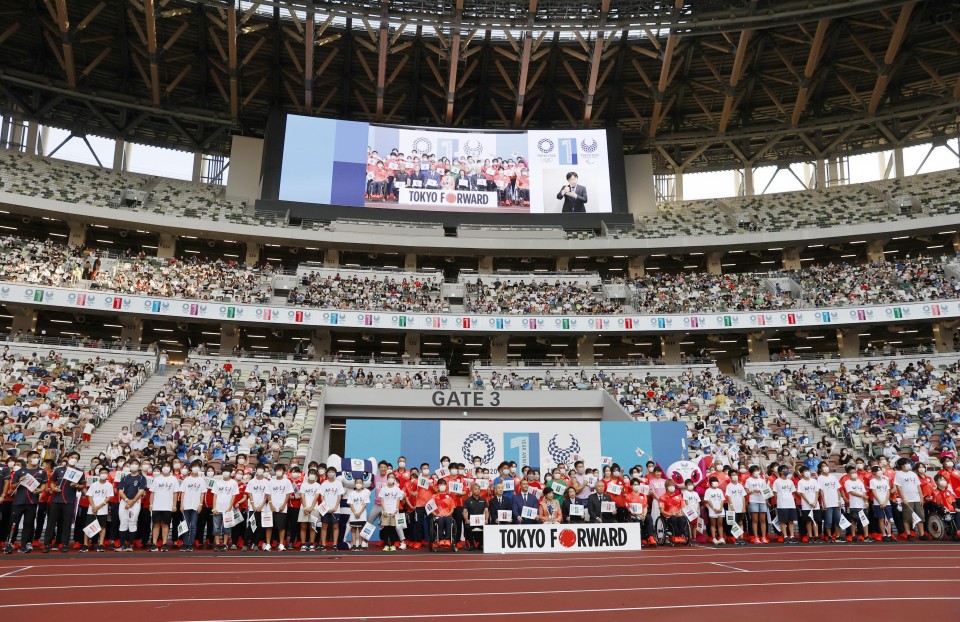 Photo taken July 23, 2022, shows a ceremony held at the National Stadium in Tokyo to mark the first anniversary of the Tokyo Olympics and Paralympics. (Kyodo)

The governor painted the troubled games, postponed for one year and the first to be held during a pandemic, as a success, and touted the "many legacies" of the Olympics.

"Because of these games, Tokyo is standing at a new start line," she said.

Due to the coronavirus pandemic, most events last year were held in venues with no spectators. Japanese Olympic Committee President Yasuhiro Yamashita could not attend the ceremony after contracting the disease.

The event took place in the shadow of the latest of many scandals to hit the Tokyo Games. Public prosecutors are now investigating the payments from a local Olympic sponsor to the company of a former member of the organizing committee's executive board.