North Korea on Friday claimed the cause of the country's COVID-19 outbreak, saying people who had touched "alien things" near the border with South Korea had been first infected with the novel coronavirus.

The claim came as North Korea has long criticized the South for failing to prevent defectors from launching balloons across the border that contain leaflets critical of leader Kim Jong Un's rule -- a recent source of tension between the two Koreas.

By blaming Seoul for the virus's entry into North Korea, Pyongyang is expected to adopt a hardline stance against the administration of South Korean President Yoon Suk Yeol, who took office in May, foreign affairs experts said.

In June 2020, Pyongyang blew up an inter-Korean liaison office in the nation's border city of Kaesong after shutting down all lines of communication with Seoul in retaliation for defectors disseminating such balloons. 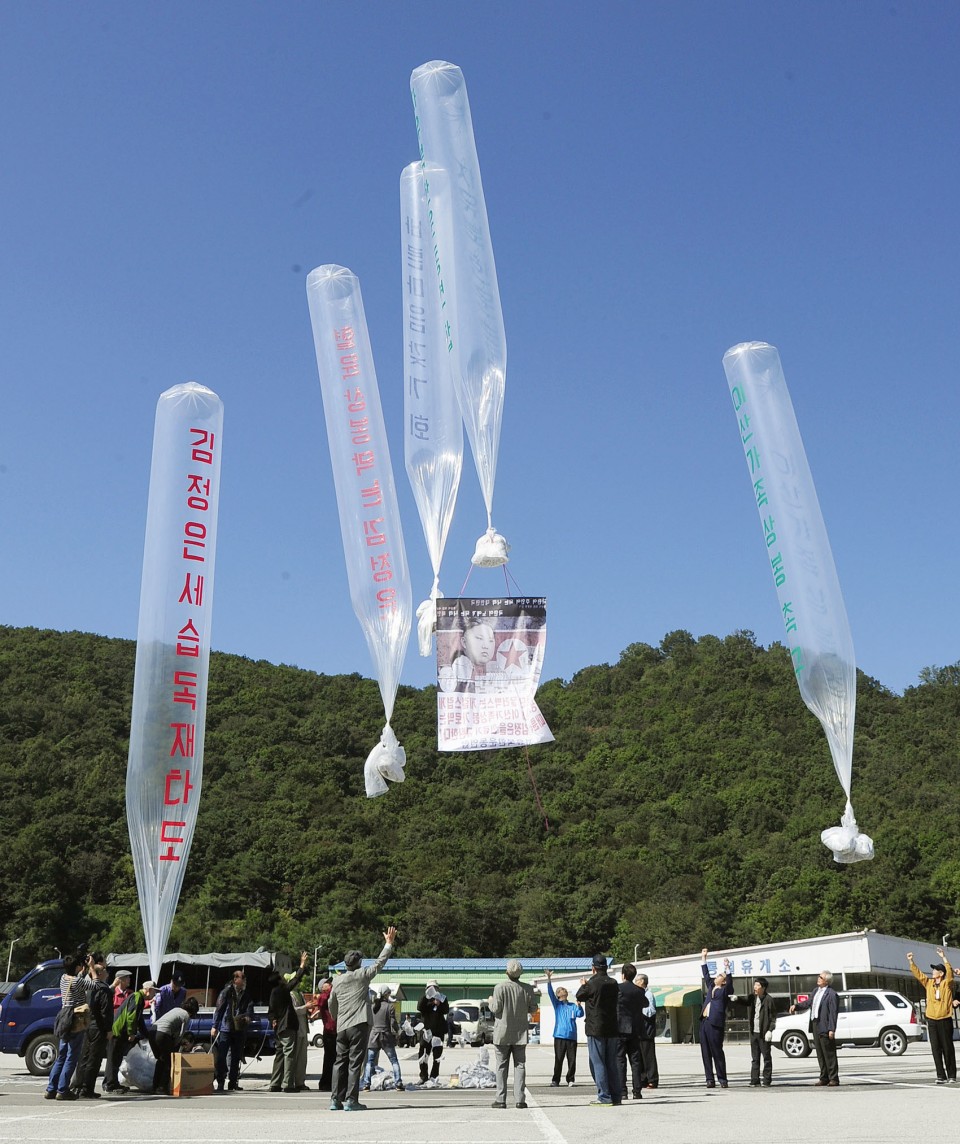 The state-run Korean Central News Agency said Friday that an 18-year-old soldier and a five-year-old kindergartener "contacted with alien things on a hill around barracks and residential quarters" in the eastern county of Kumgang near the border in early April.

KCNA also quoted the country's health authorities as requiring North Korean citizens to "vigilantly deal with alien things coming by wind and other climate phenomena and balloons in the areas along the demarcation line and borders."

The South Korean government immediately dismissed the North's assertion, saying there is no possibility that its coronavirus outbreak is connected with such materials from the South, according to Yonhap News Agency.

On May 12, North Korea reported its first COVID-19 case since the pandemic began in 2020, prompting Kim to instruct officials to thoroughly lock down all cities and counties across the nation.

North Korea said Friday that about 4,500 new fever cases had been confirmed in the 24 hours through 6 p.m. Thursday, bringing the total number to around 4.74 million since late April.