Former colleagues of the man who fatally shot former Japanese Prime Minister Shinzo Abe are in disbelief that such a "totally ordinary" person could be behind the horrific attack that sent shockwaves across the country and the world.

Tetsuya Yamagami was arrested at the scene Friday and will be sent to prosecutors on charges of murder. A former colleague from the Kyoto Prefecture factory, where he was recently assigned for over a year and a half, described how he had "seemed earnest" before arguments and unauthorized absences that started this year precipitated his leaving the company.

At a press conference Saturday, a senior employee at the factory said Yamagami was hired through a dispatch agency in October 2020 and assigned to the freight department. As a holder of a forklift driver's license, he was tasked with conveying goods. 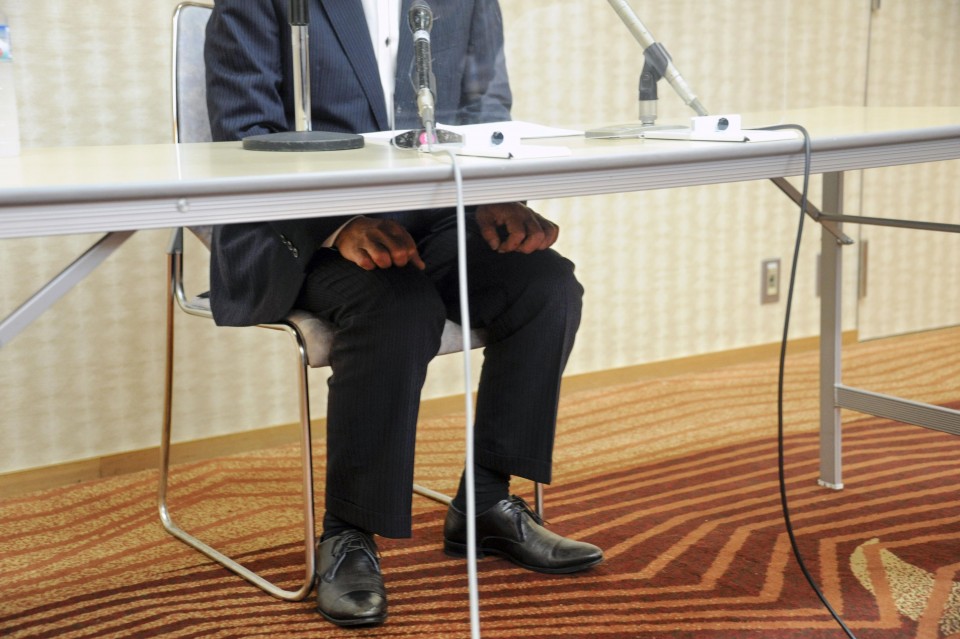 A senior employee at a factory in Kyoto Prefecture where Tetsuya Yamagami, who was arrested at the scene former Japanese Prime Minister Shinzo Abe was fatally shot, had worked, attends a press conference on the condition his face not be exposed on July 9, 2022, in Nara, western Japan. (Kyodo)

"If it was work talk, he would respond, but he didn't go into his private life. He seemed mild-mannered," the former senior colleague said, adding that he would eat lunch alone in his car and that conversations with him never strayed beyond the topic at hand.

For the first six months, there were no issues with his attitude towards the job. However, cracks began to emerge, and his gradual neglect of work practices saw him increasingly being cautioned by coworkers.

Earlier this year, a transportation firm urged him to observe their standard procedure of using cushioning material to protect the goods being carried, but Yamagami reportedly argued that his way of doing it was "also fine." The company subsequently submitted a request for his removal from the role.

Long-time staff also criticized his methods, to which Yamagami would sometimes respond confrontationally.

Despite no previous issues with punctuality or attendance, he began taking unauthorized time off starting in March and complained of "heart issues" and other physical problems. He used all his paid leave, and his employment ended on May 15.

Less than two months later, Yamagami, who previously served for about three years in the Maritime Self-Defense Force, was arrested for allegedly murdering Japan's longest-serving prime minister by shooting him in the back with a homemade gun as he spoke in support of a candidate for Sunday's House of Councillors election.

Speaking to the press, his former colleague could barely conceal his shock and condemned his actions as being against freedom of expression. "There were problems at work over what he did, but never once did it turn into violence. He didn't seem the type to do something huge like this," he said.

The dispatch company employee, who originally interviewed Yamagami, delivered the news his job was terminated and described the suspect as someone who "didn't say much and had a slightly gloomy sense to him but was totally normal." The employee wondered, "Why would he do something like this?"

Abe shooter was upset over mother's donations to religious group