Japan eased past Hong Kong 6-0 to begin their East Asian Football Federation E-1 Championship on Tuesday as the three starting forwards of Takuma Nishimura, Yuki Soma and Shuto Machino each hit a brace.

Hajime Moriyasu called up an entirely domestic-based side for the tournament and his J-League-based players excelled in a rare chance to impress the manager with the World Cup in Qatar just four months away. 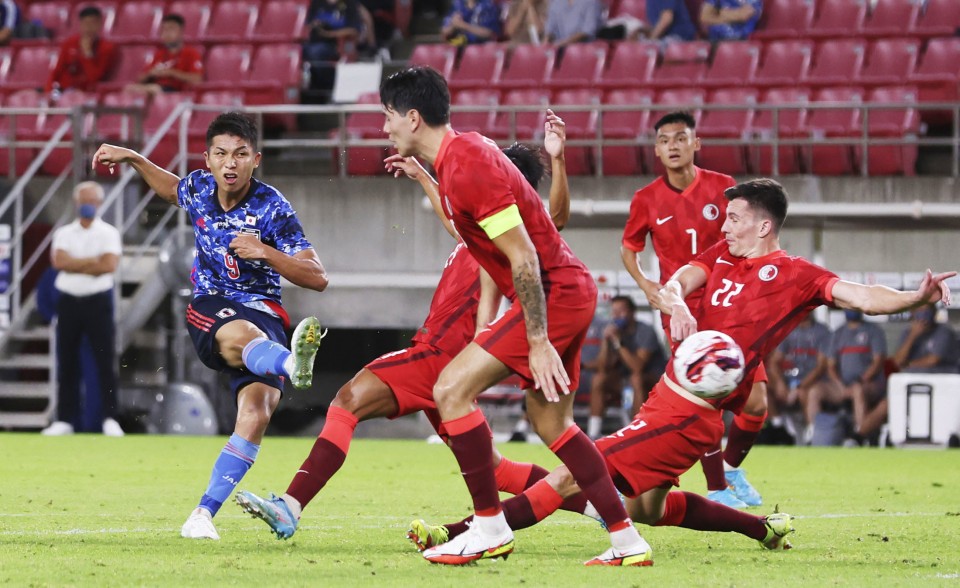 The fans behind the goals at Kashima Stadium were allowed to sing chants as cheers returned to a Japan match venue for the first time since November 2019 against Venezuela, before the outbreak of COVID-19.

Soma curled in a free kick just two minutes in and Machino scored a fine header in the 20th minute as the unfamiliar-looking Samurai Blue took control of the tie.

Former CSKA Moscow man Takuma Nishimura scored on the turn two minutes later before getting his second five minutes from the break with a dipping left-footed shot from distance.

Soma scored with a backheel 10 minutes into the second half for his second on the night and so did Machino two minutes later with a simple finish from close range after Paulo Cesar spilled a fast cross into the forward's path.

"There were lots of players called up for the first time and we didn't have much time to train together either, but they showed their will to get better during the game," Moriyasu said.

The match saw former Arsenal winger Ryo Miyaichi return in the national team shirt for the first time in a decade as a substitute after the speedster overcame a long list of injuries that marred his spell in Europe and helped Yokohama F Marinos to the top of the J-League so far this term.

Japan will face China on Sunday and South Korea on July 27 in a four-team round-robin.