North Korea on Saturday reported there were no new fever cases, with the figure hitting zero for the first time since the country confirmed its first coronavirus case on May 12, according to the official Korean Central News Agency.

Despite no new cases being reported in the 24 hours through 6 p.m. Friday, Pyongyang is continuing its anti-virus campaign amid the spread of highly contagious Omicron subvariants in neighboring countries.

KCNA said the North's emergency headquarters is "intensifying operation and command to stamp out the spread of the malignant epidemic." 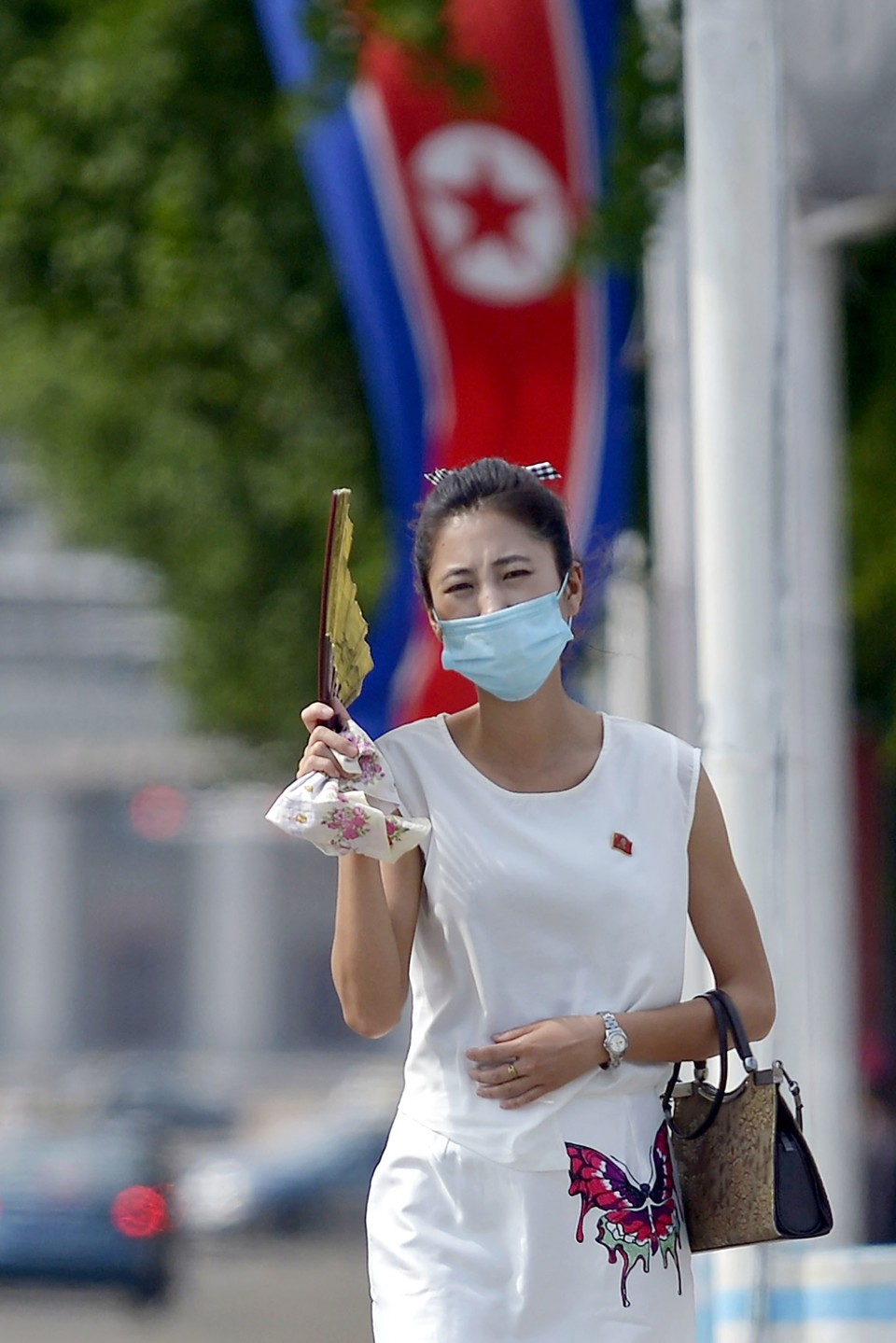 A woman wearing a protective face mask walks in Pyongyang on July 28, 2022. (Kyodo)

According to a South Korean nongovernmental organization, those with a body temperature above 37.0 C in North Korea are subject to quarantine and treatment.

As of Friday evening, the accumulated number of fever cases since late April had exceeded 4.77 million, of which 99.99 percent of individuals had recovered and 204 were under medical treatment, KCNA said. On July 11, North Korea reported 74 deaths in total.

South Korea's spy agency has cast doubt over whether Pyongyang's daily reports truly reflect the number of people infected with the coronavirus. Seoul said a considerable number of the fever cases that Pyongyang had reported included patients with other infectious diseases such as typhoid.