China to maintain "zero-COVID" policy in 2nd half of 2022

China decided Thursday to maintain its strict "zero-COVID" policy for the second half of 2022 as leaders pledged efforts to achieve the best possible results for the world's second-largest economy, state-run media reported.

The decision on the radical policy to stem the novel coronavirus outbreak was made at a meeting of the Political Bureau of the ruling Communist Party's Central Committee chaired by President Xi Jinping, who is the party's general secretary. 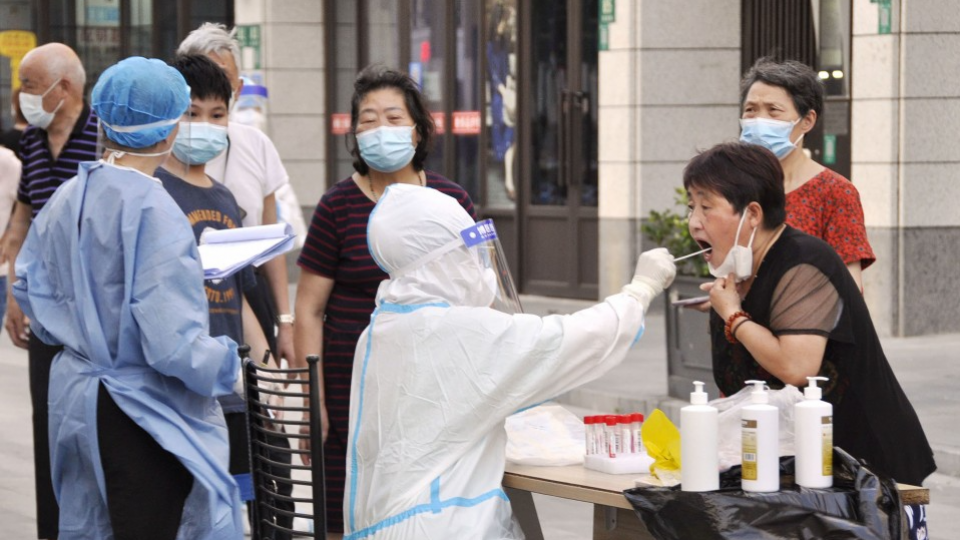 The participants admitted China's current economic performance is "facing some prominent challenges" and called for efforts to keep the economy running within an appropriate range with the focus on stabilizing employment and prices, according to the official Xinhua News Agency.

The report said China's leaders agreed that since the beginning of this year, Beijing has "effectively coordinated COVID-19 prevention and control with economic and social development, with positive results seen."

"A comprehensive, systematic, long-term and, in particular, political perspective should be used to view the relationship" between anti-COVID measures and economic development, the leaders stressed.

They reiterated the importance of "unswervingly adhering to the country's dynamic zero-COVID policy, calling for the immediate and strict implementation of prevention and control work when an outbreak occurs, and warning against slackness and weariness," Xinhua said.

The leaders also pointed out the need to track virus mutations and conduct research and development for new vaccines and drugs.

All eyes were on whether the Communist Party will continue to adopt the zero-COVID policy until the end of its twice-a-decade congress in the fall, at which time Xi is expected to secure a controversial third term as leader.

Such moves have given a gloomy outlook for China's economy. In the April-June period, China's economy grew only 0.4 percent from a year earlier, with the pace of expansion slowing against the backdrop of a prolonged lockdown in Shanghai.

The year-on-year gross domestic product figure underscored it will be difficult for the Communist-led government to attain its growth target of around 5 percent for this year.

At Thursday's meeting, the leaders also said macroeconomic policies should play an active role in expanding demand, and that fiscal and monetary policies should effectively make up for the lack of demand, according to Xinhua.

They also stressed the need to actively promote trade and introduce technology and foreign capital, but the stringent COVID restrictions have seen foreign companies become reluctant to boost investment in China.