Volcanic stones fell up to 2.5 kilometers from the volcano, but there were no immediate reports of injuries following the eruption that occurred around 8:05 p.m., the agency and local police said.

Following the eruption, the agency raised its alert for the volcano from level 3 to 5 on its 5-point scale, warning the public to evacuate. It marks the first time that level 5 has been issued for the volcano. 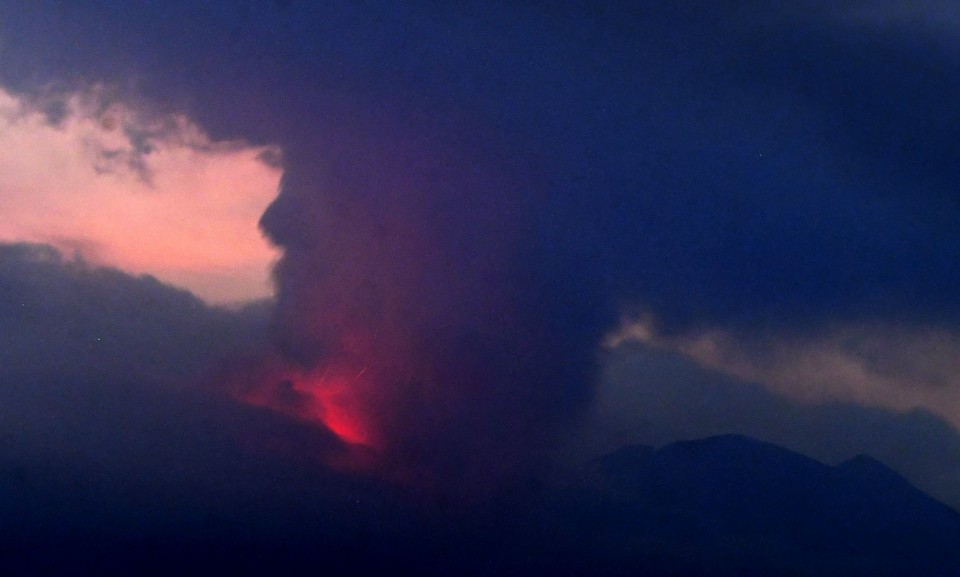 It is just the second time the highest alert level has been applied to a volcano in Japan following the 2015 eruption on Kuchinoerabu Island in Kagoshima Prefecture.

In the wake of Sunday's eruption, Prime Minister Fumio Kishida instructed his government to swiftly gather information on any damage caused and to set up ways to help local residents and hikers to evacuate.

A local hotel operator told Kyodo News by phone that staff were evacuating in line with the eruption alert.

Since Monday, the agency has observed minor crustal movements indicating expansion of the volcano.

Sakurajima is one of the most active volcanoes in Japan and is connected to the Osumi Peninsula on Kyushu, the country's southwestern main island.