Japan executed a man on Tuesday over a 2008 rampage in Tokyo's Akihabara district in which seven people were killed and 10 others injured, the justice minister said, marking the country's first hanging since last December.

Tomohiro Kato, 39, ran down pedestrians with a truck in a vehicle-free pedestrian zone in the district on June 8, 2008, killing three people and injuring two. After exiting the vehicle, he fatally stabbed four other people with a dagger and injured another eight, according to the ruling finalized in 2015.

Justice Minister Yoshihisa Furukawa said the incident had had a "significant impact on society as it deprived seven people of their precious lives," telling a news conference that he had signed the order last Friday after "careful and then more careful consideration." 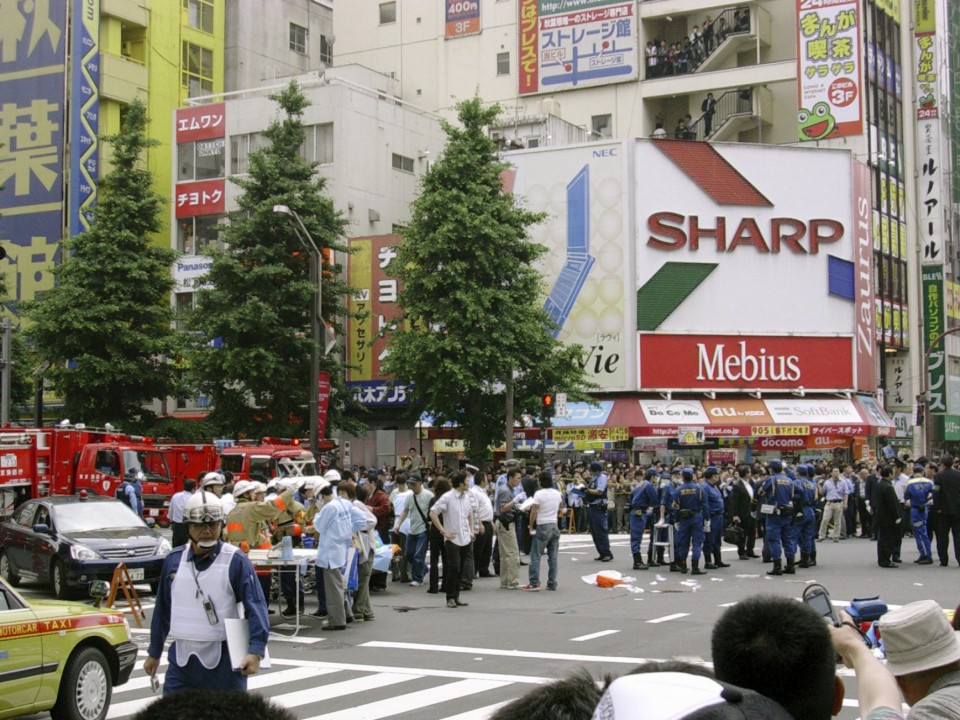 Photo taken June 8, 2008, shows the site of a stabbing rampage at an intersection in Tokyo's Akihabara district. (Kyodo)

The execution was the second under the administration of Prime Minister Fumio Kishida, who took office in October last year. Three death-row inmates were hanged in December for their roles in multiple murders.

The execution brought the total number of death-row inmates in the country to 106.

The Akihabara district, once known primarily as an electronics mecca, is now better known as a hotspot for Japanese youth culture, drawing fans of manga and anime in particular. The vehicle-free pedestrian zone was suspended for more than two years after the rampage. 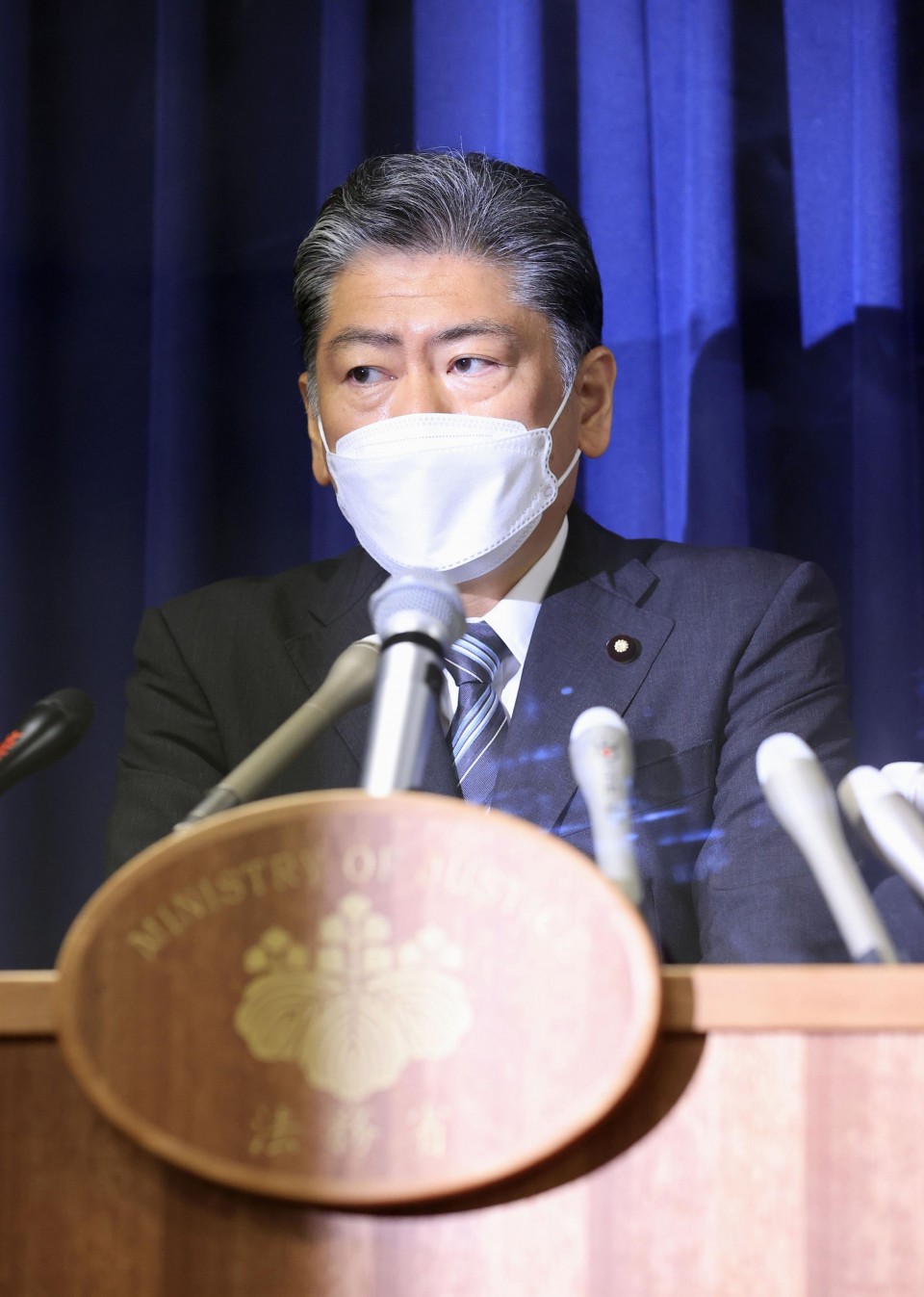 Japanese Justice Minister Yoshihisa Furukawa attends a press conference in Tokyo on July 26, 2022, after a man was executed earlier in the day over a 2008 rampage in Tokyo's Akihabara district. On June 8, 2008, the man ran down pedestrians with a truck, killing three people, before fatally stabbing four others with a dagger after exiting the vehicle. (Kyodo) ==Kyodo

Japan's capital punishment system has long drawn international criticism, with opponents calling for greater transparency in the timing of executions as death-row inmates are typically notified just hours before or not given prior notification at all. They also claim the procedure deprives death-row inmates of opportunities to reflect on their crimes.

A government spokesman defended the system, telling a separate news conference, "imposing the death penalty is unavoidable for serious heinous crimes" and it is "not appropriate" to abolish it.

At a press conference held by seven groups opposed to capital punishment, Hideaki Nakagawa, executive director of Amnesty International Japan, said that "Society as a whole must consider whether the death penalty is absolutely necessary."

Deputy Chief Cabinet Secretary Yoshihiko Isozaki argued that, in light of the heinous crimes that continue to occur, the majority of the public believes the death penalty is "unavoidable."

During court proceedings, Kato's defense counsel argued he should not face capital punishment as he was in a state of insanity or diminished capacity at the time of the incident because of severe psychological stress.

But in March 2011, the Tokyo District Court sentenced the former temporary worker to death, stating that he could be held fully responsible.

The ruling found that Kato was motivated by rage after being harassed on an internet forum and that his acts were "cruel" and "deeply shocked all of Japanese society."

The court hearings revealed that Kato, who had drifted from job to job, had become socially isolated and drawn into an online world before the rampage.

The lower court's decision was upheld by the Tokyo High Court in September 2012 and then finalized by the Supreme Court in February 2015.