Finance chiefs from the world's 20 biggest economies on Friday met on the Indonesian island of Bali to discuss ways to curb global inflation amid Russia's war on Ukraine.

With inflation affecting more than just food and energy prices, the finance ministers and central bankers from the Group of 20 sought coordinated action to avoid an economic downturn.

But Japanese Finance Minister Shunichi Suzuki said Russia is making it difficult for the group to have "constructive discussions."

"I reiterated at the meeting Russia alone is responsible for the economic fallout of the war," Suzuki said after the first day of their talks ended. 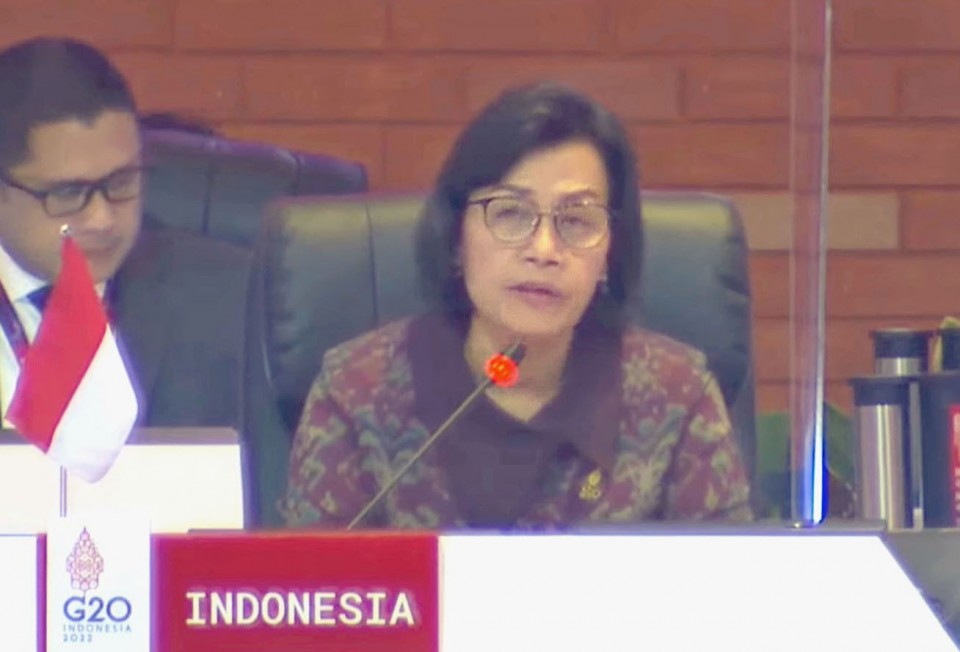 Under such circumstances, he said it is important that rules-based nations spearhead multinational cooperation to overcome key challenges, such as rising prices and food insecurity.

Suzuki also said he brought up currency issues amid the yen's recent rapid fall against the U.S. dollar.

"Rapid fluctuations have been seen in the foreign exchange market, and it is necessary to watch the trends with a high degree of (attention)," Suzuki said he told the two-day meeting.

"We need to develop concrete actions and also demonstrate the spirit of cooperation, collaboration and consensus," she said, adding that the finance chiefs will focus not only on emerging difficulties facing the global economy but also on achieving strong, sustainable, inclusive and balanced growth.

It remains uncertain whether the G-20 participants will agree on a joint statement during the meeting, as member countries remain deeply divided in their responses to Russia's invasion of Ukraine. A joint statement was not adopted at their previous gathering in April.

The Group of Seven industrialized economies -- Britain, Canada, France, Germany, Italy, Japan and the United States, plus the European Union -- have imposed sanctions on Russia since the war started in late February, while some emerging economies, including Brazil, China and India have distanced themselves from piling pressure on Moscow.

Ukraine and Russia account for nearly 30 percent of global wheat exports, according to the International Monetary Fund.

Participants also welcomed a new financial fund, which G-20 finance chiefs have agreed to establish in the World Bank for pandemic prevention, preparedness and response in lower-income countries.

Other agenda items for the meeting included the global economic impact of monetary tightening by the United States and other advanced economies, as well as debt relief for poor nations. 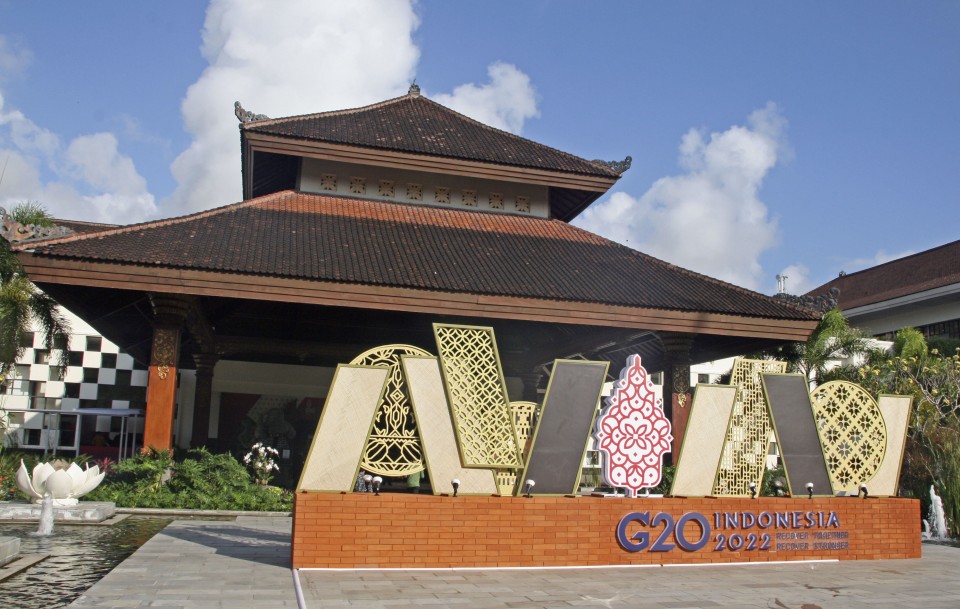 Photo taken on July 15, 2022, shows the venue of a meeting of the finance chiefs of the Group of 20 major economies in Bali, Indonesia. (Kyodo)