Sporting figures at home and abroad paid tribute to Shinzo Abe over the former prime minister's large role in Tokyo's securing the 2020 Olympics and Paralympics.

His close connection with the former Tokyo Games organizing committee president Yoshiro Mori, also a former prime minister, proved crucial during the preparations for the games that were postponed for a year following the outbreak of the COVID-19 pandemic. 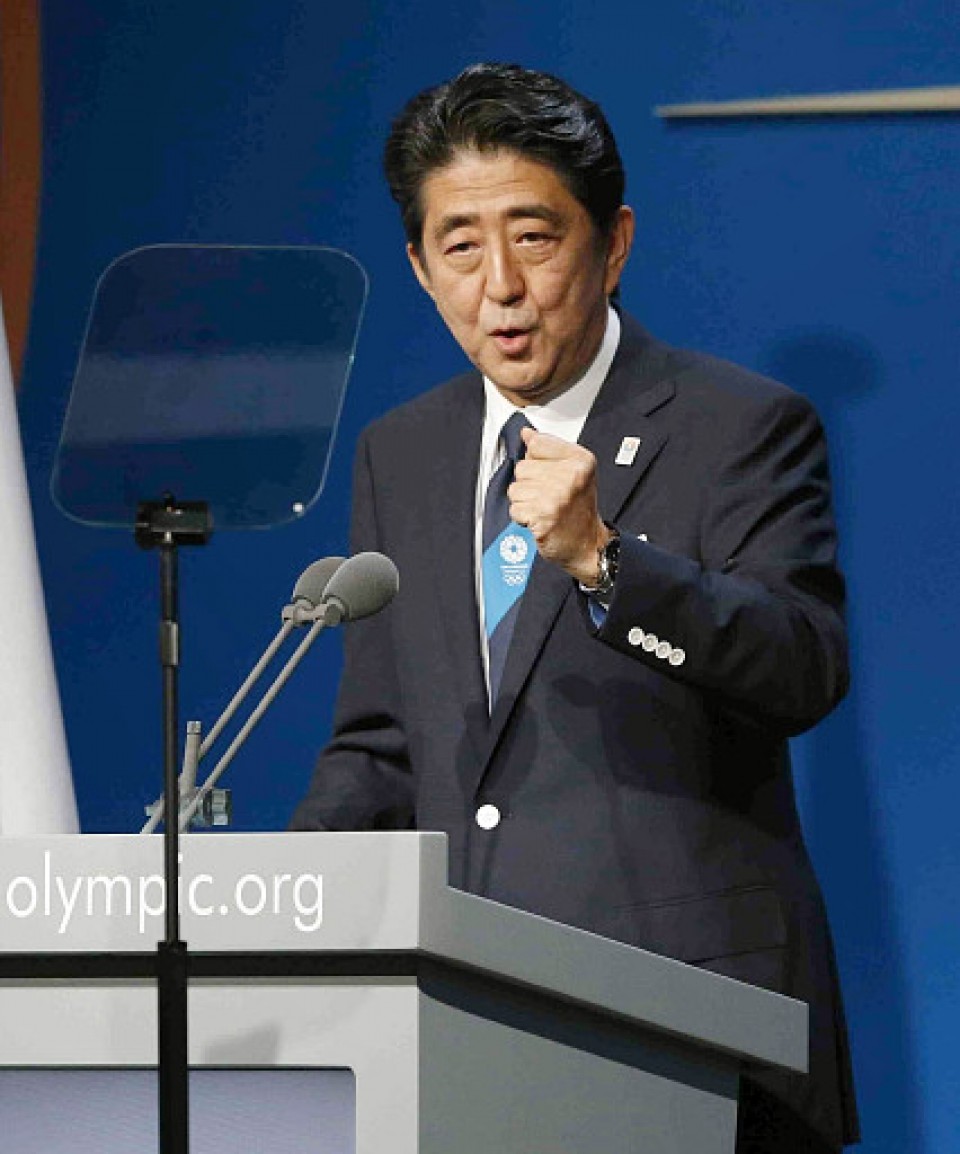 Photo taken Sept. 7, 2013, shows then Japanese Prime Minister Shinzo Abe making a presentation for Tokyo's bid to host the 2020 Summer Olympics at the International Olympic Committee's general session in Buenos Aires. Tokyo was chosen as the host city later by the committee. (Kyodo)

Abe did his best to calm concerns about contaminated water leaking from the facility by declaring "the situation is under control."

"He really led us from the front. He really gave us the power with that speech in Buenos Aires," former Japanese Olympic Committee President Tsunekazu Takeda said. "I'm really disappointed (about his death)."

In 2015, Olympics costs and the organizers' opaque bidding procedures became a point of criticism when the public learned the original design for a new National Stadium, by the late architect Zaha Hadid, would cost far more than originally announced.

Abe bit the bullet, canceled the order and reopened bidding for the new stadium.

He then helped set an optimistic mood for the 2020 games by appearing in the 2016 Rio de Janeiro Olympics' closing ceremony clad in the costume of the world-famous video game character "Mario." 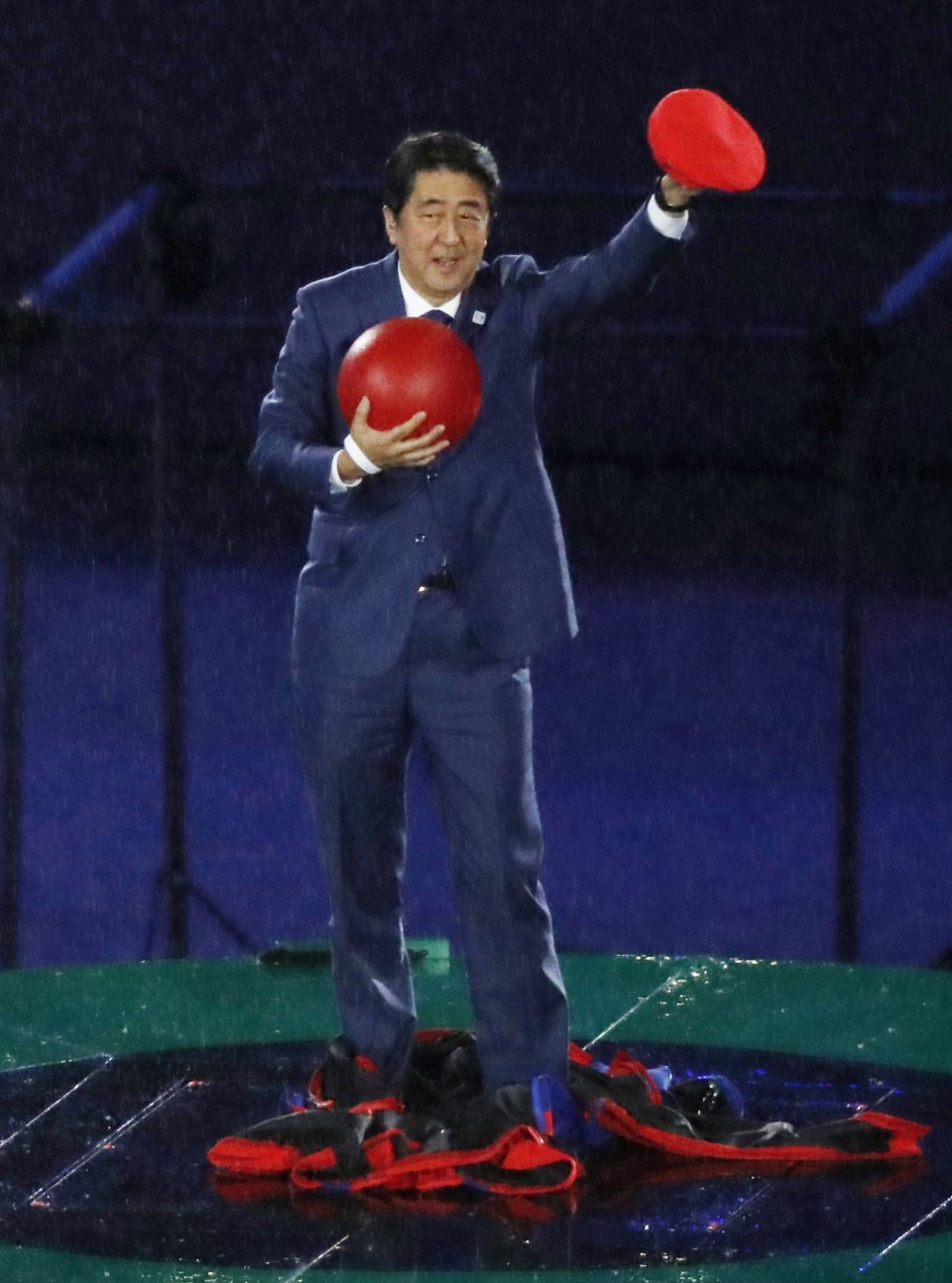 Japanese Prime Minister Shinzo Abe, dressed up as Super Mario, makes an appearance during the closing ceremony of the Rio de Janeiro Olympics on Aug. 21, 2016. (Kyodo)

On March 24, 2020, soon after the United States Olympic & Paralympic Committee and its influential athletics and swimming federations urged a postponement, Abe agreed with IOC President Thomas Bach and announced the unprecedented delay.

"(Hosting the games) could have been difficult had there been no postponement. We could only move if the prime minister made the decisions. It was a hugely good decision," Toshiro Muto, the CEO of the organizing committee, said.

He stepped down from his prime ministerial post in September that year, but was awarded the Olympic Order by Bach in November for his contribution to the Olympic movement.

I am deeply shocked by this cowardly attack on former Japanese Prime Minister Abe Shinzo. My thoughts are with him. I hope and pray that he will recover. – IOC President Thomas Bach

International Paralympic Committee President Andrew Parsons thanked Abe, writing his organization "will forever be grateful to the people of Japan for delivering the Tokyo 2020 Paralympic Games in the most demanding of circumstances."

"He was a huge supporter of an historic Rugby World Cup in Japan. My heart goes out to his family, friends and the Japanese people at this sad time."