The price cap to be imposed on Russian oil to punish Moscow for its invasion of Ukraine is expected to be around half the current purchase price, Japanese Prime Minister Fumio Kishida said Sunday.

Referring to a joint communique released after a summit of the Group of Seven developed nations late last month, Kishida said during a stump speech in Tokyo that a mechanism would be designed so that Russian oil "will not and cannot be bought at a higher price" than the cap. 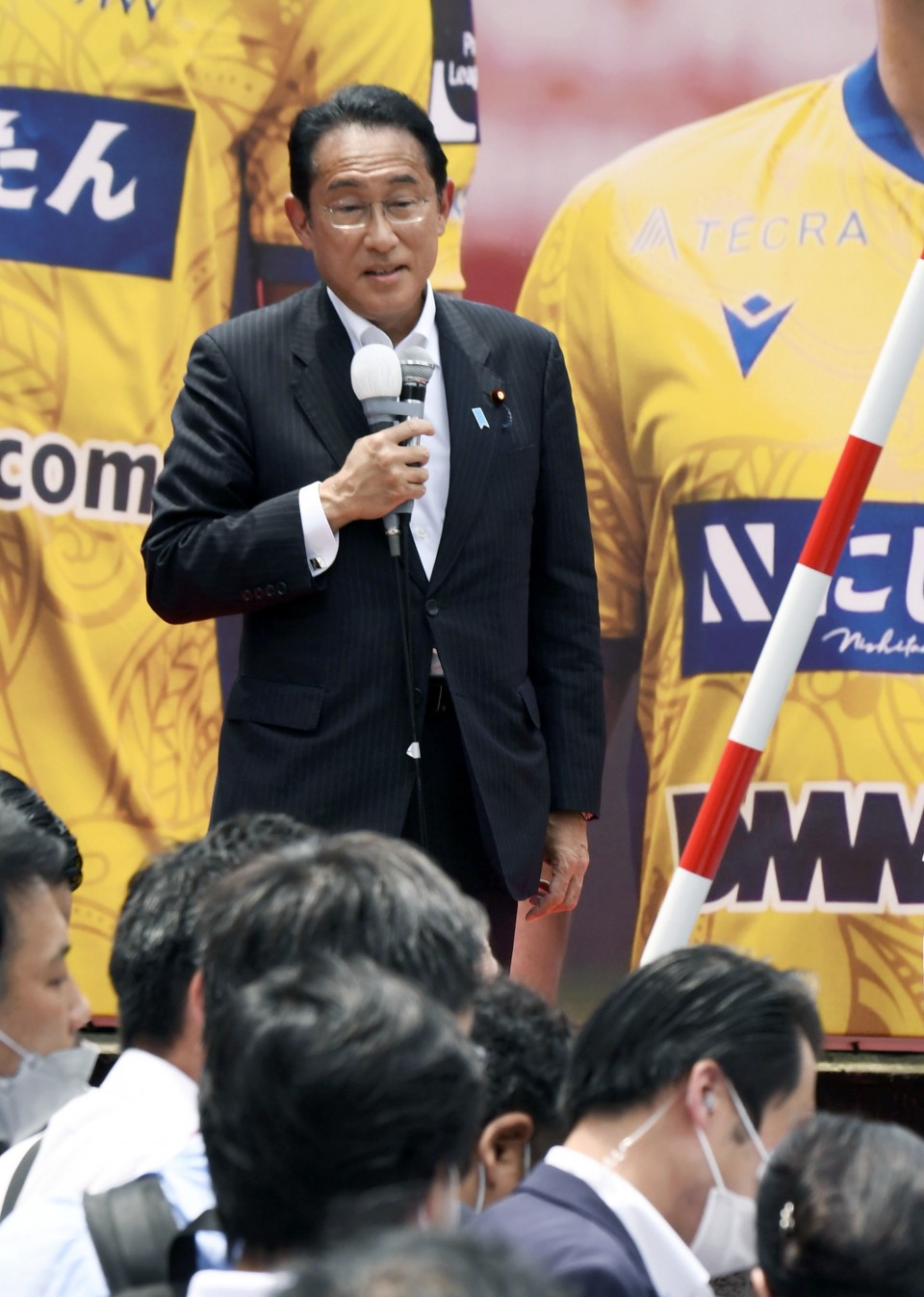 Japanese Prime Minister Fumio Kishida looks on as one person in the audience falls in the heat during the Liberal Democratic Party's campaigning in Tokyo's Shibuya area on July 3, 2022, for the House of Councillors election on July 10. (Kyodo) ==Kyodo

The communique said an oil price cap scheme could include options such as enabling transportation of Russian seaborne crude oil and petroleum products globally only if the oil is purchased at or below a specified price.

Limiting the oil price is expected to give more teeth to the existing sanctions imposed on Russia, as the country is believed to be profiting from high energy prices stemming from supply concerns due to the war.

"We are facing a grave situation in which the order of peace is being shaken," Kishida said in the speech for the House of Councillors election to be held July 10. "We must show that aggression comes with a heavy price."

The three-day summit in southern Germany among leaders from Britain, Canada, France, Germany, Italy, Japan and the United States plus the European Union took place as the months-long war, along with rising inflation and shortages in energy and food, tests the unity of the leading democracies.

Kishida noted that Russia's war against Ukraine had caused prices to skyrocket, adding he had called on other leaders during the G-7 summit to work together to take measures against rising costs.