LDP No. 2 says to push for Japan Constitution reforms after election

The No. 2 man in Japan's ruling Liberal Democratic Party said Monday he aims to see the parliament initiate the process of constitutional reforms after the July 10 House of Councillors election.

"After the election, we want to as quickly as we can propose to the Diet constitutional revisions and have the proposed changes initiated," Toshimitsu Motegi, the LDP's secretary general, told media outlets including Kyodo News in an interview. 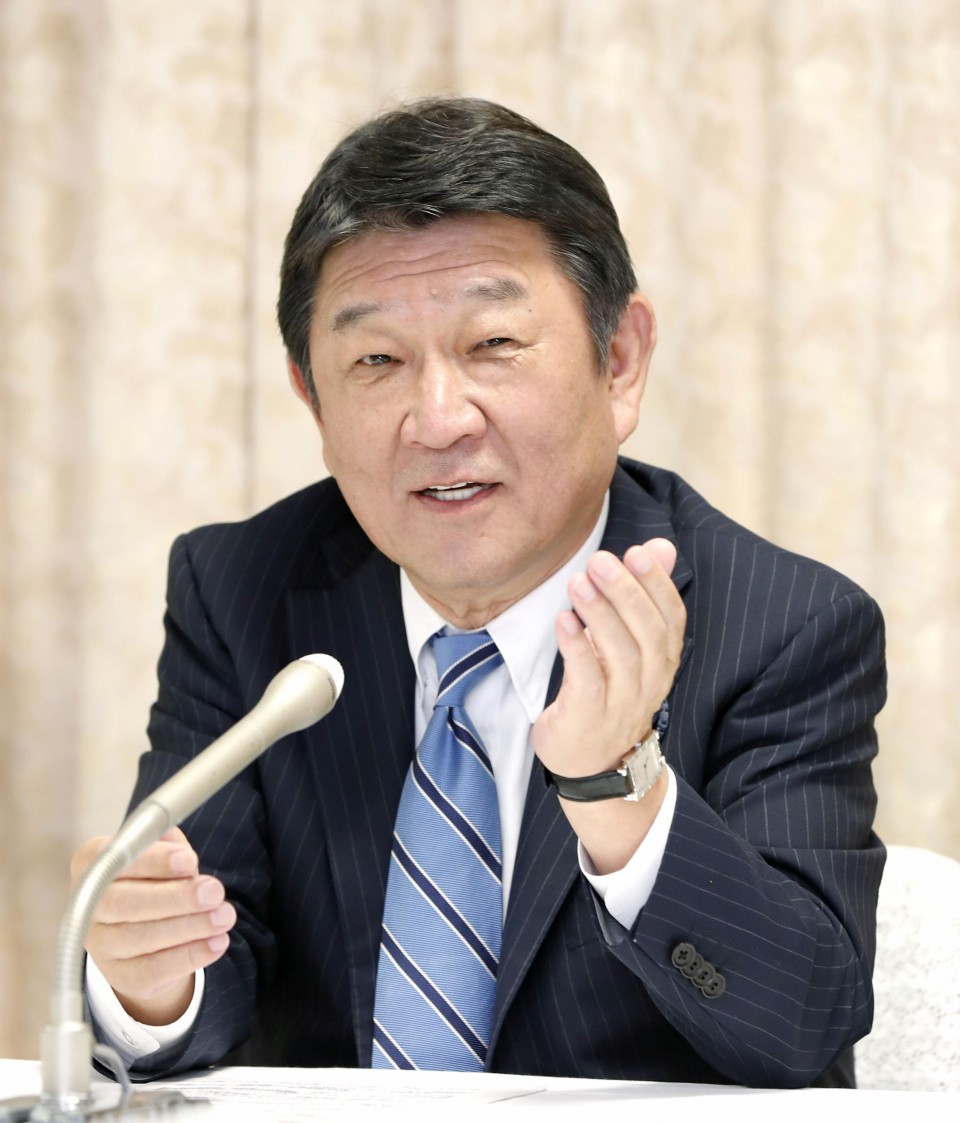 For any revision to Japan's postwar pacifist Constitution to be initiated, approval by a two-thirds majority in both houses is required.

Motegi's remarks were made under the proviso that pro-amendment lawmakers including in the LDP, its junior coalition partner Komeito, the Japan Innovation Party and the Democratic Party for the People would secure two-thirds or more seats at the upper house poll.

Motegi, a former foreign minister, said the LDP wants to "share a sense of a timetable with major parties and realize constitutional reform at an early stage."

He pointed to major changes such as in the security environment, saying, "We hope that parties and lawmakers with a forward-thinking stance on constitutional reform will gain the people's support."

Article 9 of the Constitution renounces the country's ability to wage war and forbids it from maintaining "land, sea, and air forces, as well as other war potential."

Former Prime Minister Shinzo Abe, who served from 2006 to 2007, and again from 2012 to 2020, had aimed to revise the supreme charter during his tenure. He had called for clarifying the legal status of the country's Self-Defense Forces by explicitly mentioning it in the Constitution to end arguments that the SDF are unconstitutional.

Since its promulgation in 1946, the Constitution has never been amended. To do so, more than two-thirds of lawmakers in both the upper house and the House of Representatives must vote in favor of the proposals. The changes would then need approval from a majority of voters in a national referendum.