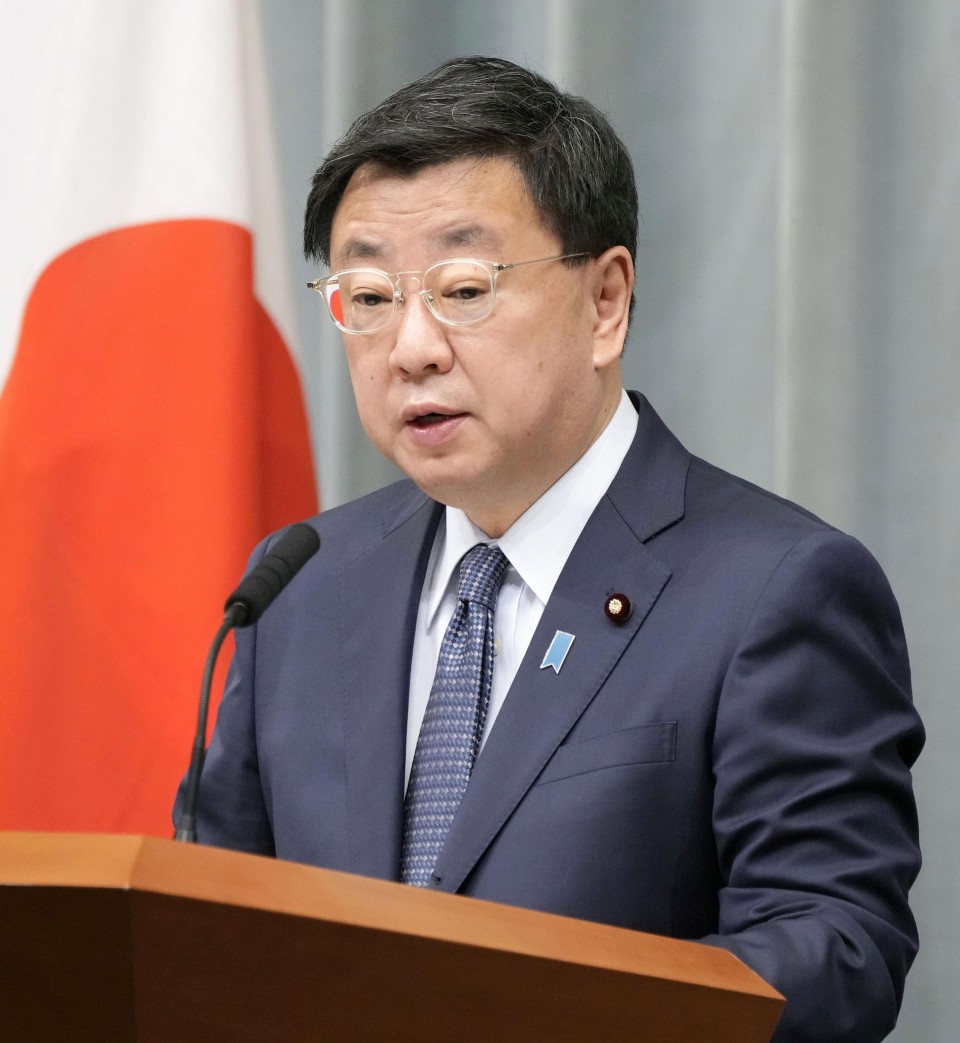 Japan has lodged a protest against Russia for suspending a safe fishing agreement to prevent Japanese fishing vessels from being seized by Russian authorities in seas near disputed islands off Hokkaido, a government official said Wednesday.

Russia on Tuesday announced the suspension of the 1998 agreement, citing Japan's freezing of payments for a development project in Sakhalin. The move comes amid frictions between the two countries after Japan joined U.S.-led sanctions against Russia for its invasion of Ukraine.

"We regret that Russia unilaterally announced the suspension of the agreement," said Chief Cabinet Secretary Hirokazu Matsuno at a news conference.

The top government spokesman admitted that Japan had not made the latest payment for the project in the Russian Far East. But he also said the project is not a condition for continuing the agreement.

The agreement, which covers waters around the Russian-controlled, Japan-claimed islands, was concluded following a series of captures and shootings on fishing vessels by Russian authorities.

It is designed to allow Japan to fish Atka mackerel and octopus, among others, in exchange for paying "cooperation money" to the Russian side. Catch and operating conditions are determined by annual negotiations.

Following Japan's punitive measures against Russia over Ukraine, Moscow has announced it would halt decades-old negotiations on a postwar peace treaty with Japan.

Japan claims the Soviet Union illegally seized the islands soon after Japan's surrender in World War II in August 1945, while Moscow argues the move was legitimate.