The P-Robo cooking robot, developed jointly with Tokyo-based tech firm TechMagic K.K., prepares a dish of spaghetti basically in 45 seconds, automating the cooking process from boiling pasta to mixing with sauce and other ingredients, the company said. 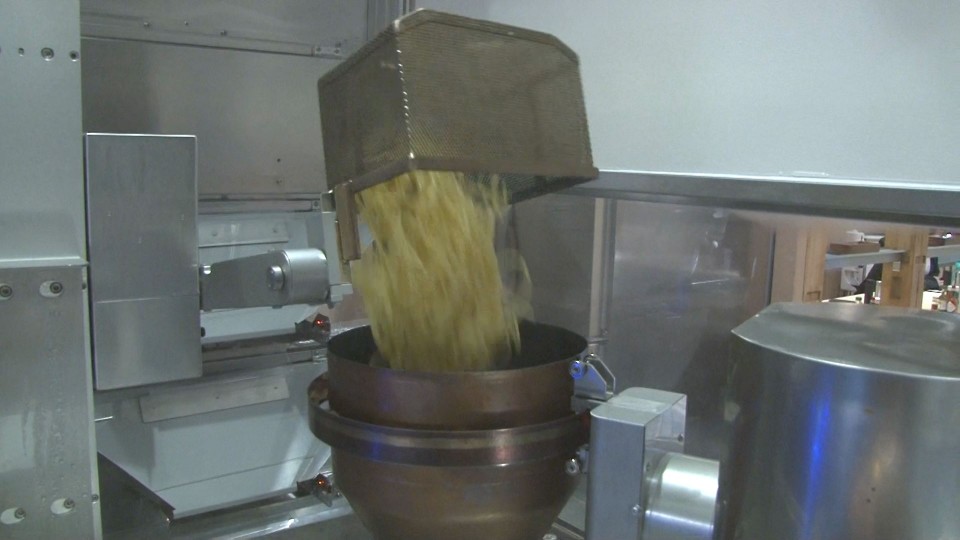 Pronto Corp.'s P-Robo cooking robot puts boiled spaghetti from its mesh basket to its cooking pot during a media preview on June 29, 2022, at an "e vino spaghetti" restaurant in Tokyo's Marunouchi area. (Kyodo)

All human staffers have to do is to put the cooked spaghetti on plates, add some toppings and serve, Pronto said, adding that the restaurant in Tokyo's Marunouchi business district will be the first outlet of its new chain named "e vino spaghetti."

The robot also cleans its cooking equipment automatically as the world's first fully automated system to prepare pasta on the spot according to orders, it said.

"We've developed the robot to serve spaghetti more quickly and tastily and also help solve the shortage of manpower in the food-service industry," said Shunsei Ishihama, who is in charge of the new chain. 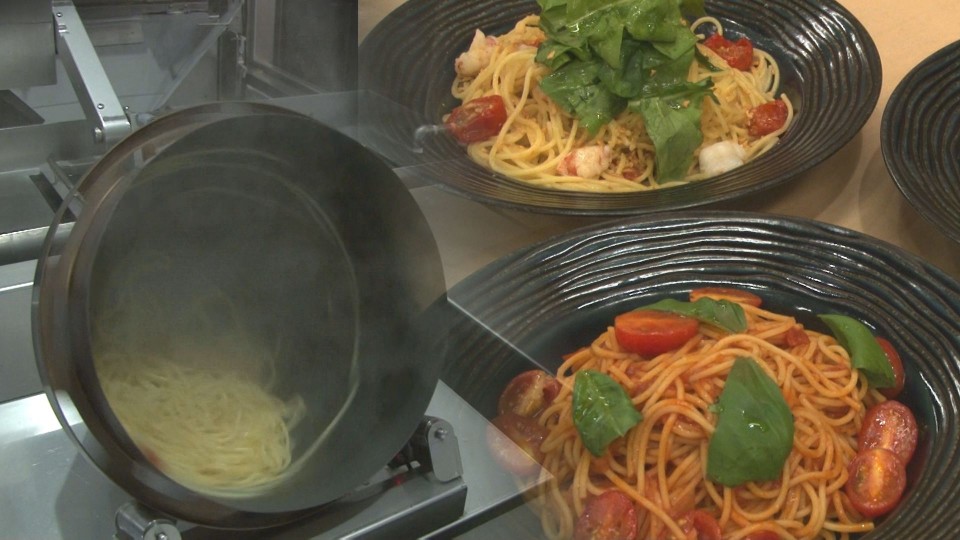 "The robot has the advantage of serving spaghetti at a speed of every 45 seconds or so and allowing anyone to replicate expert cooking skills as it is developed to change the cooking temperature, heating time and mixing speed by menu," he said.

Developing the robot had taken four years and the coronavirus pandemic has changed the situation, but the robot also helps in preventing concentration of workers in the kitchen, Ishihama said.