The 28-year-old from Japan dominated the WBA's regular light flyweight champion Bermudez with a range of attacks including right and left uppercuts before the referee stopped the fight following a flurry of punches in the eighth. 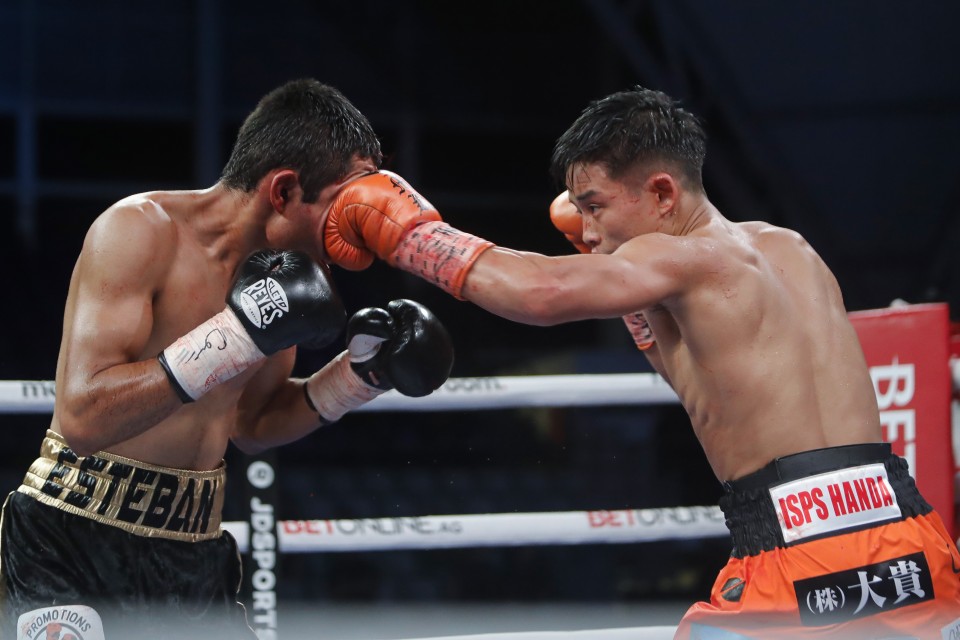 Kyoguchi said he seized his opportunity after dealing significant damage to his opponent in the previous round at Guadalajara's Domo Alcalde.

"I rushed at him immediately, thinking it was a chance," Kyoguchi said.

The home favorite appeared to benefit from some lenient refereeing, including a two-point deduction against Kyoguchi, but the Japanese fighter made sure there could be no other decision as he earned the TKO with a barrage that left Bermudez bleeding from the face.

The impressive victory inside a hostile arena extended Kyoguchi's perfect record to 16-0 with 11 knockouts, while Bermudez dropped to 14-4 with 10 KOs and two draws.

Despite being heavily booed, Kyoguchi relished his first fight in boxing hotbed Mexico, describing the country as "special."

"I made it a tough bout for myself," said Kyoguchi, who was hampered by breathing difficulties brought on by the high altitude, in addition to the questionable officiating.

Kyoguchi thanked his team for their support, having battled back from injuries to his right thumb and left knee ligament on the way to winning his first bout in 15 months.

"I was feeling really sorry for everyone around me," the teary-eyed fighter said. "Their full support gave me the power."

Kyoguchi was crowned the WBA light flyweight super champion after beating South Africa's Hekkie Budler in December 2018. He was previously the International Boxing Federation minimumweight world champion before moving up in weight.