Philippine President Ferdinand Marcos Jr. was sworn in Thursday, sealing his family's return to power 36 years after his namesake father's military rule was overthrown by the 1986 pro-democracy revolution.

Marcos, 64, succeeds populist leader Rodrigo Duterte in steering a country of over 100 million groaning under rising inflation, staggering debt and a weakening peso.

"I fully understand the gravity of the responsibility you put on my shoulders. I do not take it lightly, but I am ready for the task," Marcos said in his inauguration speech.

Marcos delivered the speech at Manila's historic National Museum, where the Philippine Commonwealth was proclaimed in 1935 before the building was destroyed by war and restored years later. 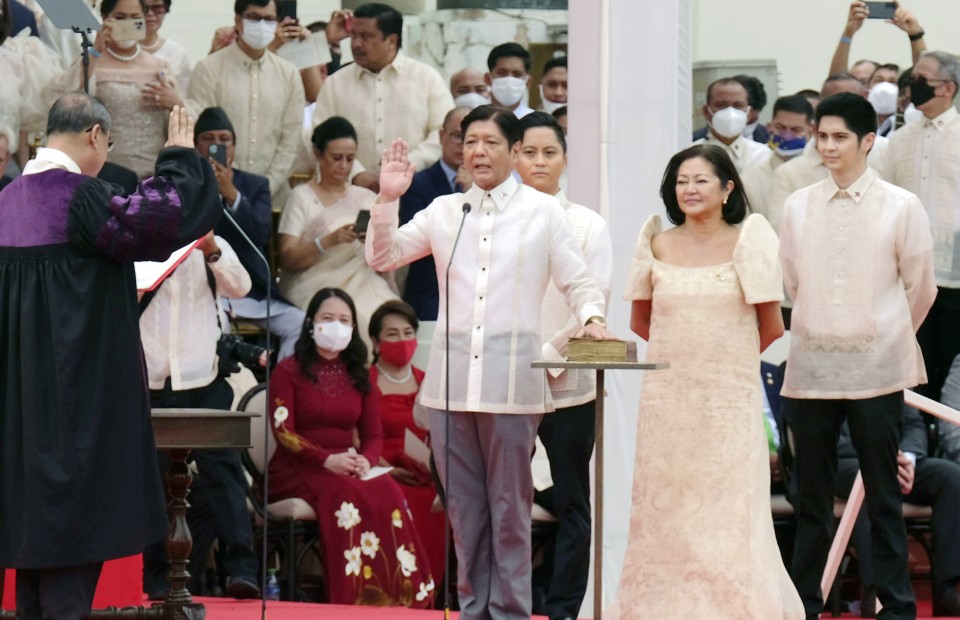 In pulling the country out of the "post-pandemic" economy, Marcos chose to also head the agriculture ministry in light of a potential food crisis and high fuel costs resulting from the Russian invasion of Ukraine. He favors giving subsidies to the mass transport sector rather than imposing tax cuts, which he has said "does not necessarily help those who are most in need, those who are really affected" because of its blanket effect.

He won an overwhelming 31.6 million votes or 58.8 percent of the ballots cast in the May 9 election against opposition leader and outgoing Vice President Leni Robredo despite criticism that his campaign was rife with disinformation to whitewash thousands of tortures, arrests and killings of dissenters during the martial law era under his father's administration. 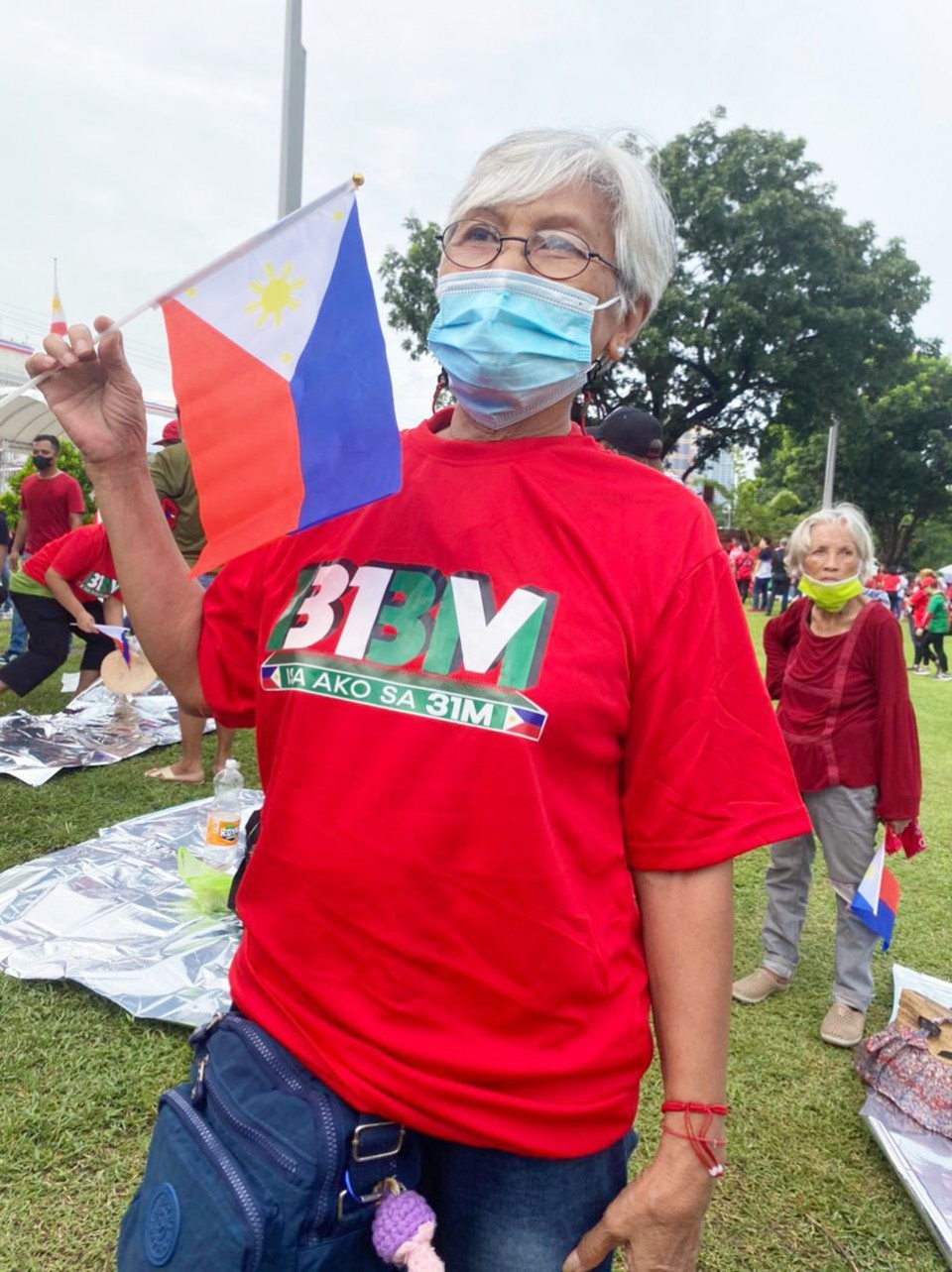 Supporters of new Philippine President Ferdinand Marcos Jr. gather outside the venue of the inauguration in Manila on June 30, 2022. (Kyodo)

Marcos formed an alliance with Duterte's daughter, Sara Duterte-Carpio, who was elected separately as vice president. The 44-year-old took her oath in her family's hometown in the southern Philippine city of Davao earlier in June, breaking the tradition of a joint ceremony with the president.

The younger Duterte, who garnered a million more votes than Marcos, was urged to seek the presidency by her supporters, who believe she still has the chance to lead the country someday.

President Duterte refused to endorse Marcos during the election campaign but in 2016 granted his family's long-standing plea to have the remains of the elder Marcos, who died in exile in 1989, interred in the country's Heroes' Cemetery.

The new president has a six-year term and is constitutionally barred from seeking re-election.

Both loyalist and anti-Marcos camps will keep watch on how the son will perform, often comparing him to his dictator father, whose 21-year rule allowed the family to amass an estimated $5 billion to $10 billion in ill-gotten wealth.