Japanese Prime Minister Fumio Kishida and European Council President Charles Michel agreed Monday to continue close coordination over their responses to Russia's war in Ukraine and realize a "free and open" Indo-Pacific as the security of both regions is inseparable.

Michel told Kishida that he wants to work closely with him to make next year's Group of Seven summit in the western Japanese city of Hiroshima a success, the Japanese Foreign Ministry said after the two leaders met in southern Germany. 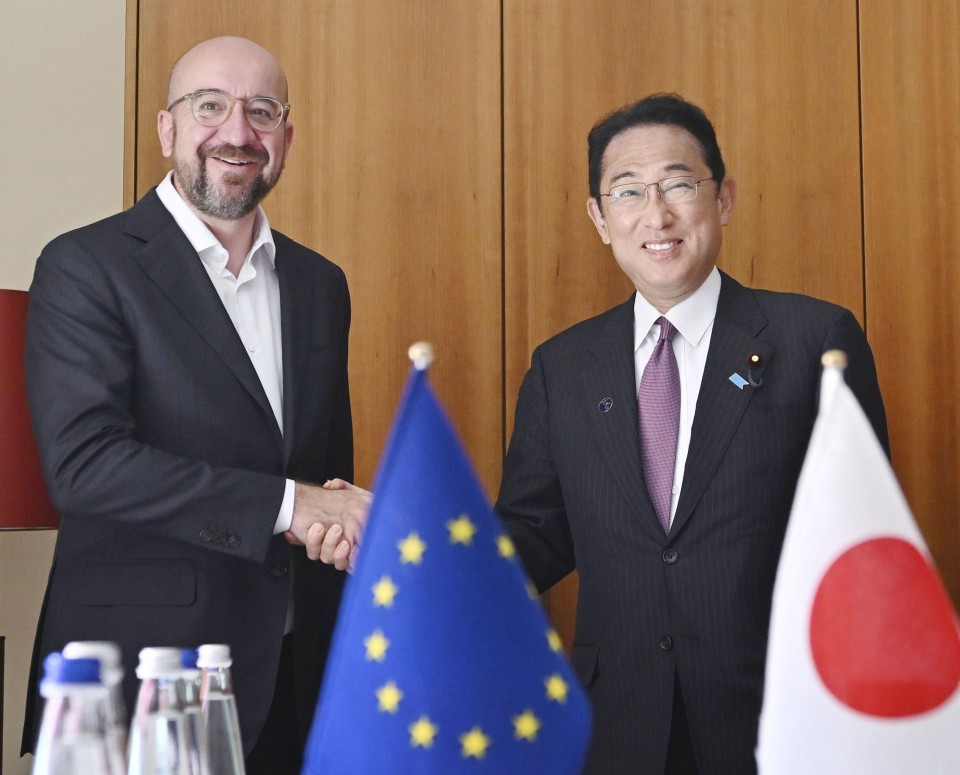 Japanese Prime Minister Fumio Kishida (R) and European Council President Charles Michel shake hands during their meeting at the German mountain resort of Schloss Elmau on June 27, 2022, on the sidelines of a Group of Seven summit. (Pool photo) (Kyodo) ==Kyodo

Michel visited Hiroshima in May while visiting the country for a summit between Japan and the European Union. He said at the time that he felt "seized by an intense determination" to eliminate nuclear weapons after visiting the Hiroshima Peace Memorial Museum.

Kishida, who was elected from a constituency in Hiroshima and has long pushed for a nuclear-weapons-free world, told Michel he appreciated the visit during talks Monday on the fringes of the G-7 summit.

Kishida also spoke separately with Canadian Prime Minister Justin Trudeau on the sidelines of the meeting and agreed to deepen cooperation to realize a free and open Indo-Pacific. 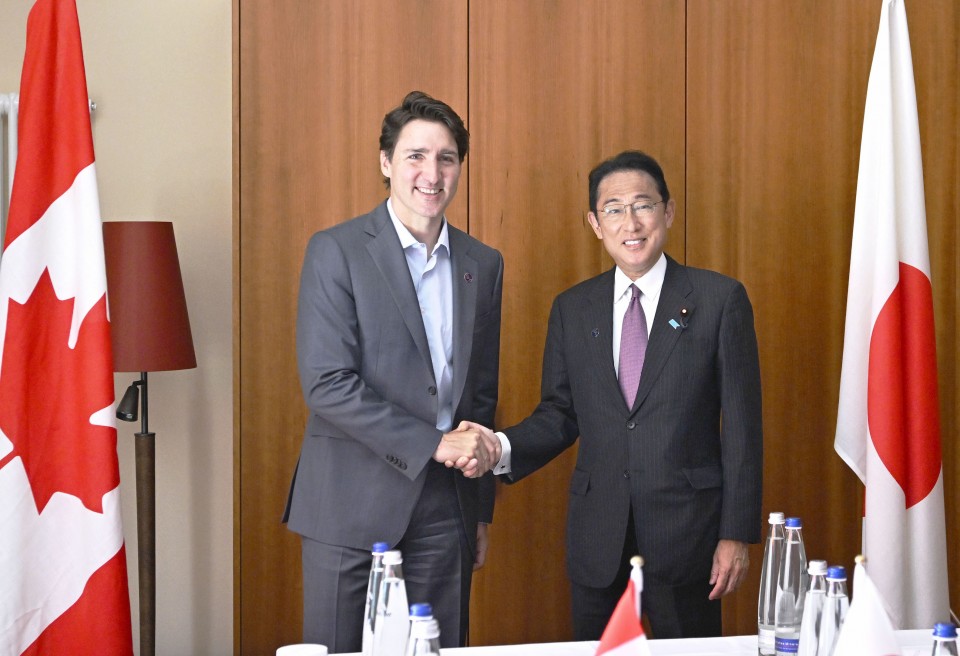