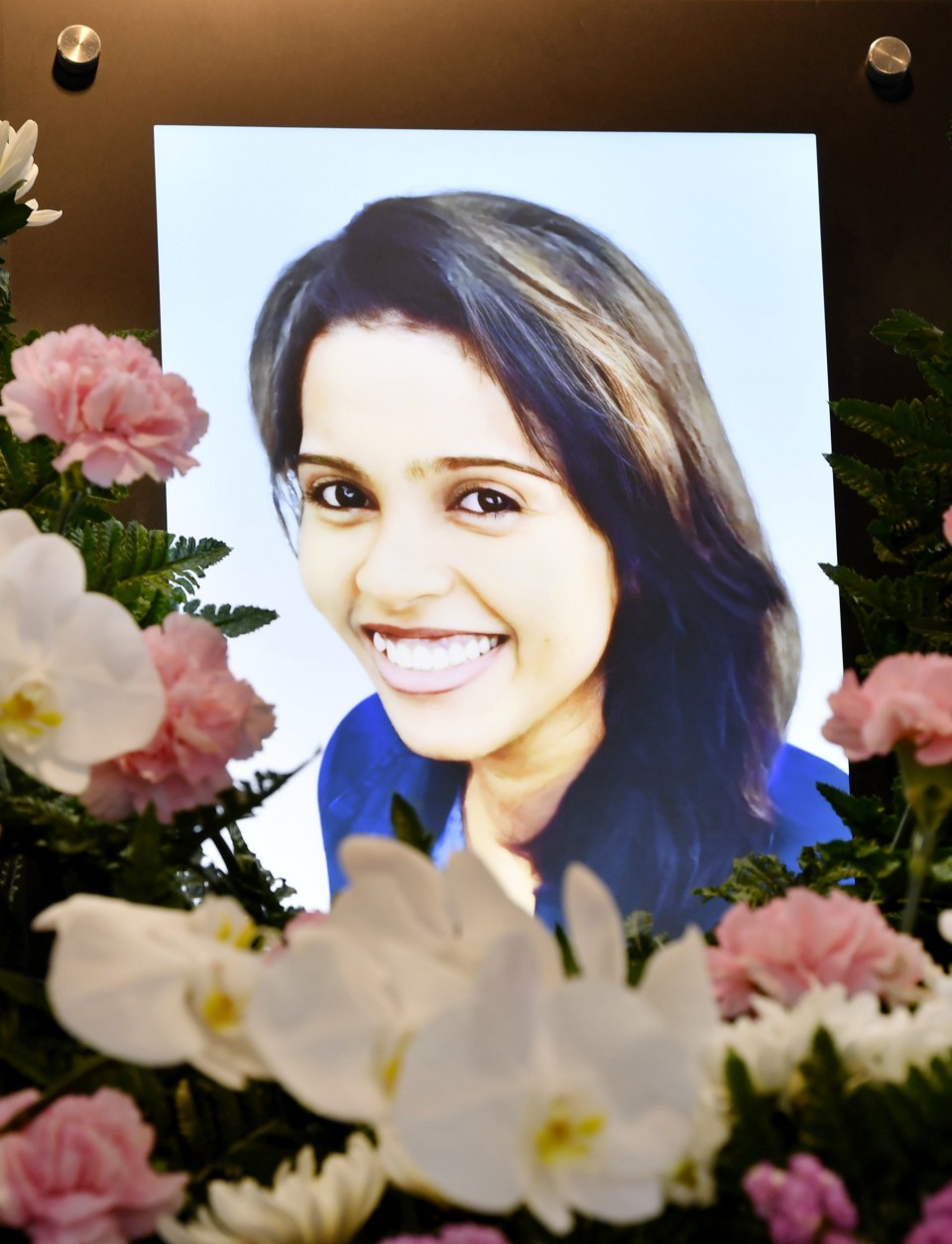 The family of a Sri Lankan woman who died while in custody at an immigration center in central Japan last year demanded an apology from the government on Wednesday in a damages suit against the state.

The family of Ratnayake Liyanage Wishma Sandamali, who alleges she was illegally detained and died due to a lack of necessary medical care, filed the lawsuit in March, seeking 156 million yen ($1.17 million) in damages.

"We want the Japanese government to apologize and admit its responsibility" for her death, Wishma's sister Wayomi said in the first hearing at the Nagoya District Court.

"I want an overhaul of Japan's immigration system. I believe that Japan will change into a country that values human beings," she added.

Wishma died at the age of 33 on March 6 last year at the Nagoya Regional Immigration Services Bureau after complaining of stomach pain and other symptoms from mid-January.

The family's legal team has demanded the government release all security camera footage of Wishma's time in detention, saying, "The bereaved family has the right to know the truth, and the judge has the duty to know."

"We want to know why she was left to die," said Poornima, another sister.

The Japanese government has already indicated it will fight the lawsuit, which will focus on whether the immigration authorities' response led to Wishma's death.

Her family claims that the government refused to grant her provisional release despite her deteriorating health to pressure her to return to Sri Lanka, resulting in her death.

They allege that immigration authorities did not provide Wishma with appropriate medical care despite a urine test showing she was starving, and that on the day of her death, emergency services were not requested until a pulse could no longer be detected.

They also take issue with the fact that the emaciated Wishma was taken to the psychiatric department of a hospital.

The family will demand the release of Wishma's autopsy results and is also considering requesting the examination of witnesses, including the director of the immigration bureau at the time and the doctor who examined Wishma just before her death.

Wishma arrived in Japan on a student visa in 2017 to study the Japanese language but overstayed her visa, with her asylum application denied by immigration authorities.

Her illegal immigration status was found out after she sought police protection in Shizuoka Prefecture for domestic abuse in August 2020. She was subsequently sent to the Nagoya immigration center to await deportation.

An investigation by the Immigration Services Agency of Japan found that the immigration center staff "lacked awareness" on handling emergencies, although it could not determine the exact cause of her death. 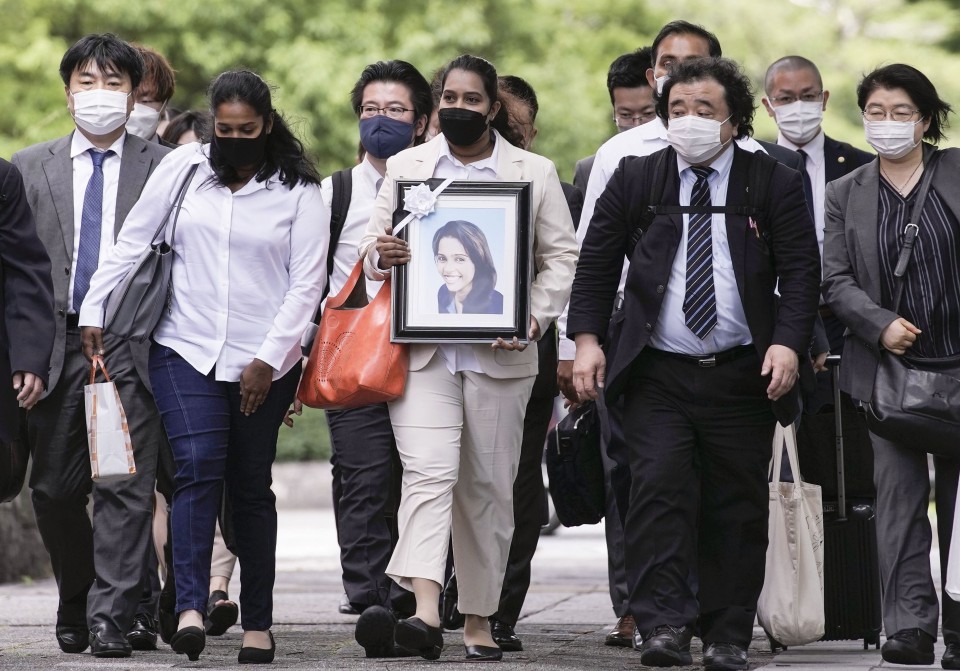 Photo shows the family of a Sri Lankan woman, who died while in custody at an immigration center, heading to the Nagoya District Court with her photo in Nagoya on June 8, 2022. (Kyodo)