The government decided Tuesday to lift an evacuation order on part of a town hosting a crippled nuclear power plant in Fukushima Prefecture, allowing residents to return home for good this week for the first time since the March 2011 earthquake, tsunami and nuclear disaster.

Restrictions in a zone specified as a reconstruction and revitalization base in Okuma will be lifted at 9 a.m. Thursday, the first such case for a municipality hosting Tokyo Electric Power Company Holdings Inc.'s Fukushima Daiichi plant in northeastern Japan. 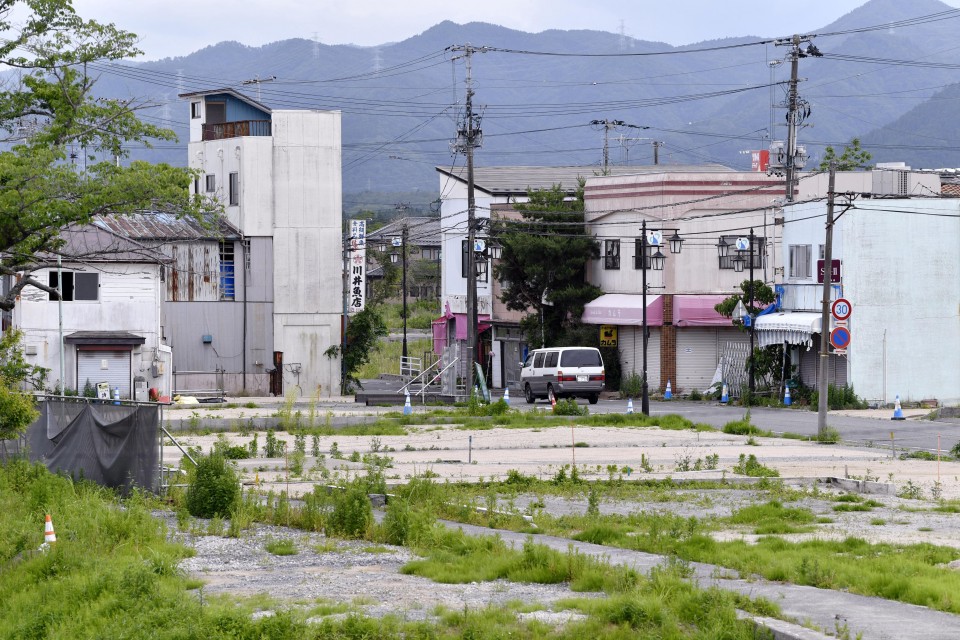 Photo taken June 16, 2022, shows a zone in Okuma, Fukushima Prefecture, specified as a reconstruction and revitalization base, where an evacuation order will be lifted at 9 a.m. June 30. (Kyodo)

"Ending restrictions on an area, which used to be downtown (Okuma) before the disaster, will be a significant first step in reconstruction," Economy, Trade and Industry Minister Koichi Hagiuda said.

"We will create an environment where residents can return home without worries," Hagiuda said at a press conference.

Restrictions in the specified reconstruction and revitalization base zone of the town of Futaba, which also hosts the Fukushima Daiichi plant, are also expected to end soon.

Okuma will be the second municipality in Fukushima Prefecture, after the village of Katsurao, to see people coming back to an area once designated as difficult to return to due to high levels of radiation.

Restrictions in part of the village were lifted on June 12.

With decontamination work reducing radiation levels and infrastructure being prepared in Okuma, restrictions will end in the 8.6-square-kilometer area that was once the center of the town.

Residents have been able to stay overnight in the area since December in preparation for their full-scale return.

A total of 5,888 people in 2,233 households, accounting for about 60 percent of the town population, were registered as residents of the area as of Monday, according to the Okuma town government.

Three other municipalities where residents are still not allowed to return -- Tomioka, Namie and Iitate -- are expected to see restrictions lifted around next spring.