Japan's Nasa Hataoka shot a final-round, 3-under-par 69 on Sunday to finish fifth at the Women's PGA Championship, the third major of the year, four shots behind winner Chun In Gee of South Korea.

Starting the day in 35th, Hataoka carded four birdies and a bogey at Congressional Country Club for a 1-under total of 287. Minjee Lee of Australia and Lexi Thompson of the United States placed in a tie for second, both a shot behind Chun.

Starting on the back nine, Hataoka logged the day's best score and finished above 10th for the first time in this season's majors as she recovered her form off the tee.

After birdying the 11th and bogeying the 14th, Hataoka carded three birdies on the front nine, including the 4th where she sank her putt from eight meters out. 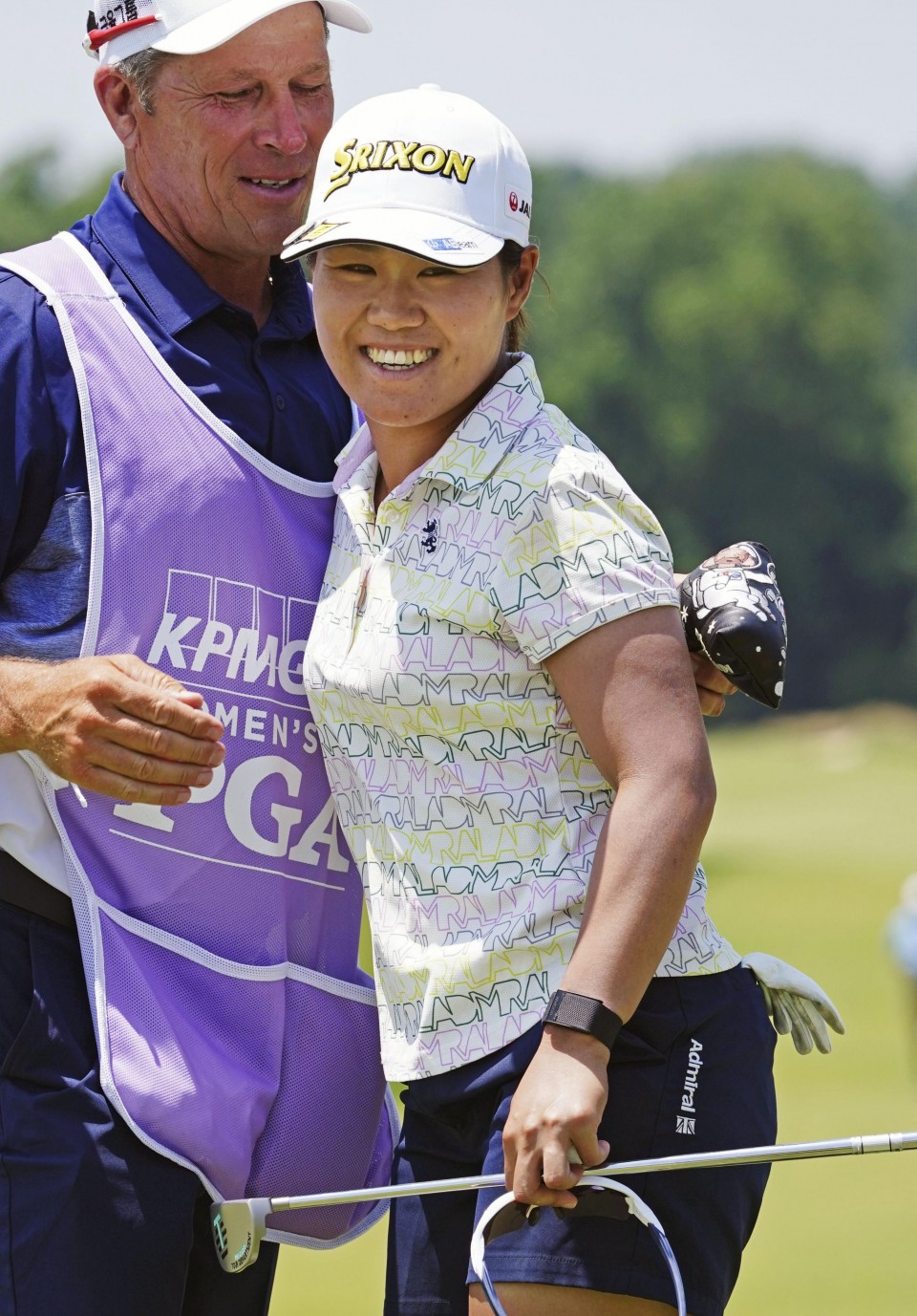 Japanese golfer Nasa Hataoka (R) is pictured after finishing her final round of the Women's PGA Championship on June 26, 2022, at Congressional Country Club in Bethesda, Maryland. (Kyodo) ==Kyodo

"I could meet my minimum target of finishing under-par," said Hataoka. "I had few shots that went as I hoped throughout the tournament. The third round (75) was especially frustrating."

"I'm playing hoping to be in the mix for the title, but I was somewhere totally opposite (starting the day)...I want to make sure I show the things I feel I've improved on a consistent basis."

Her next appearance will be at the Evian Championship starting July 21, the fourth major of the year.

Yuka Saso, who was seven shots off the pace and placed highest among Japanese after three rounds, slumped to a 77 to finish four over par and in 30th alongside compatriot Mao Saigo, who had a 72.

"I wanted to play a bit better (today)," said 2021 U.S. Women's Open winner Saso after a nightmare round of five bogeys and a double bogey along with two birdies.